Costume Designers Guild Awards have been announced!Celebrating another year of excellent costumes, wardrobe and the people behind the clothes, the 2022 CDGA will take place for the first time at The Broad Stage in Santa Monica, California, on Wednesday, March 9.,,, and are among the costumes recognized in film this year. On the TV side,,,, and are among the nominees.«Throughout the pandemic, we’ve been reminded how important costume design is, not only to entertain — but to inspire,» Salvador Perez, President of the Costume Designers Guild, IATSE Local 892, said in a statement.

«We are thrilled to celebrate in person this year, with safety as our priority. We want to recognize our nominees and all of their phenomenal work as we take the CDGA into a new direction.»This year’s host, presenters and honorees will be announced in the coming weeks.See the full list of nominees, below:Excellence in Sci-Fi / Fantasy Film – Jacqueline West & Robert Morgan – Malgosia Turzanska – Lindsay Pugh– Kym Barrett – Sanja M.

Costume Designers Guild Awards have been announced!Celebrating another year of excellent costumes, wardrobe and the people behind the clothes, the 2022 CDGA will take place for the first time at The Broad Stage in Santa Monica, California, on Wednesday, March 9.,,, and are among the costumes recognized in film this year. On the TV side,,,, and are among the nominees.«Throughout the pandemic, we’ve been reminded how important costume design is, not only to entertain — but to inspire,» Salvador Perez, President of the Costume Designers Guild, IATSE Local 892, said in a statement. 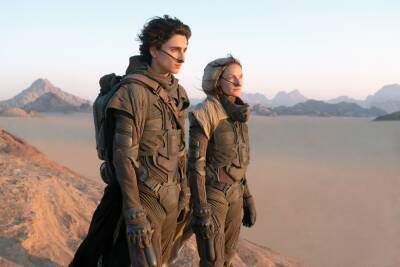 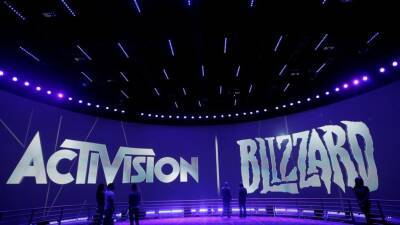 abcnews.go.com
18.01.2022 / 22:15
91%
354
Microsoft buys Activision Blizzard for $68.7 billion
Microsoft is buying the gaming company Activision Blizzard for $68.7 billion, gaining access to blockbuster games like “Call of Duty" and ”Candy Crush."The all-cash deal will let Microsoft, maker of the Xbox gaming system, accelerate mobile gaming and provide building blocks for the metaverse, or a virtual environment.The announcement Tuesday arrives with Activision still in turmoil over allegations of misconduct and unequal pay.Microsoft CEO Satya Nadella said in a conference call with investors “the culture of our organization is my number one priority” and that “it’s critical for Activision Blizzard to drive forward on its” commitments to improve its workplace culture.Activision disclosed last year it was being investigated by the Securities and Exchange Commission over complaints of workplace discrimination.Activision CEO Bobby Kotick will retain his role, and he and his team will maintain their focus on driving efforts to further strengthen the Santa Monica, California, company’s culture and accelerate business growth.The deal Tuesday follows Microsoft's $7.5 billion acquisition last year of ZeniMax Media, the parent company of video game publisher Bethesda Softworks, which is behind popular video games The Elder Scrolls, Doom and Fallout.Microsoft said in both cases that the deals will help beef up its Xbox Game Pass game subscription service.
Bobby Kotick Bethesda Softworks California city Santa Monica, state California Mobile Xbox CEO 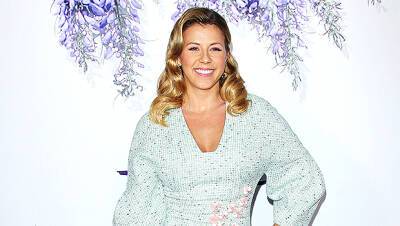 hollywoodlife.com
18.01.2022 / 21:05
45%
573
Jodie Sweetin’s Spouses: A Look Back At Her 3 Previous Marriages
Round 4! Jodie Sweetin, 39, recently got engaged to boyfriend Mescal Wasilewski, which means the Full House star will be getting married for a fourth time. She shared the engagement news on Jan. 17 with a happy photo of the soon-to-be husband and wife. Jodie also showed off her gorgeous engagement ring in the Instagram post.
Candace Cameron Bure Jodie Sweetin Los Angeles California state Nevada city Santa Monica, state California city Las Vegas, state Nevada Evergreen stars 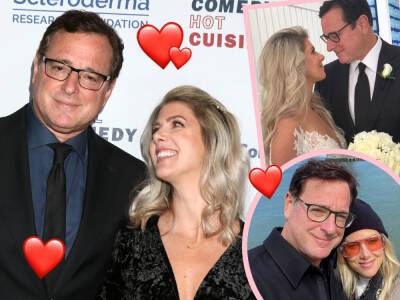 thesun.co.uk
07.01.2022 / 13:39
73%
419
Cindy Crawford is caught at unfortunate moment as she’s stuck in traffic
CINDY Crawford appeared to pick her nose while sitting in LA's infamous traffic. In photos, obtained by The Sun, the fashion icon was pictured behind the wheel of her car with her finger up her nose while she waited for the light to change.
Cindy Crawford Naomi Campbell Kate Moss Helena Christensen Elle Macpherson Linda Evangelista Christy Turlington Claudia Schiffer California city Santa Monica, state California Actor stars Moss

dailymail.co.uk
05.01.2022 / 01:23
50%
763
Amber Heard still drives the Tesla ex-boyfriend Elon Musk gifted her
Amber Heard was spotted tooling around town in the pricy Tesla that her ex-boyfriend Elon Musk gave her back when they were dating.The new mother, 35, was seen running errands in Santa Monica, California on Tuesday cruising in her sleek black electric car from the billionaire's auto company.Heard and Musk dated for roughly a year back in 2018 following the end of her tumultuous marriage to actor Johnny Depp.
Johnny Depp Elon Musk Amber Heard California city Santa Monica, state California Actor reports stars

thesun.co.uk
29.12.2021 / 18:09
78%
731
DWTS’s Tyra Banks shuts down ice cream store Smize Cream as she ‘may not return to host show next season’
TYRA Banks has shut down her ice cream store Smize Cream - amid rumors she may not return to host DWTS next season. The former model, 48, revealed her venture's Santa Monica location has closed down - just four months after it opened.
California city Santa Monica, state California show dance ICE 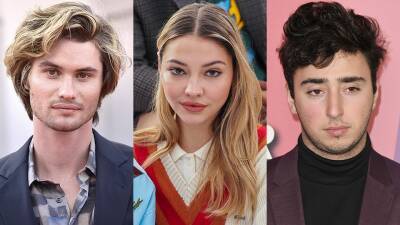 stylecaster.com
24.12.2021 / 03:05
81%
962
Here’s What Chase Really Thinks of Madelyn Dating Someone New After They Almost Got Back Together
Happy for her. Chase Stokes’ reaction to Madelyn Cline and Zack Bia dating after their breakup shows that he supports his ex-girlfriend and Outer Banks co-star no matter what.
Zack Bia Giorgio Baldi Chase Stokes Madelyn Cline Los Angeles California city Santa Monica, state California 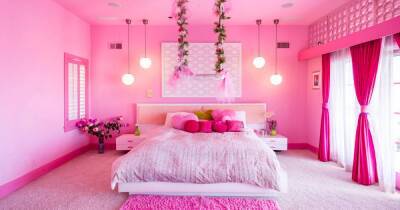 ok.co.uk
22.12.2021 / 17:50
87%
408
Fulfil your childhood dream by visiting Barbie's beach house - but it’ll cost you
As kids it was our dream to get Barbie dolls for Christmas and escape into her pretty pink world. Now we’re older and wiser, and the toys have gone on to loving new owners.The idea of a real life Barbie home has drifted away, but dreams can come true.
Christmas California city Santa Monica, state California Pink Dreams 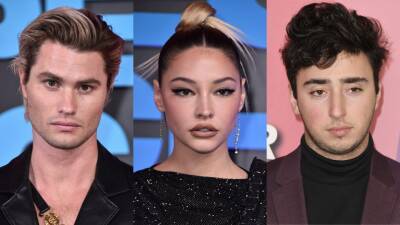 stylecaster.com
21.12.2021 / 21:47
92%
377
OBX’s Madelyn May Be Dating Someone New After Rumors She Was ‘Giving It Another Try’ With Chase
Moving on? Madelyn Cline and Zack Bia were recently spotted out on what may have been a date, just weeks after the Outer Banks actress sparked rumors that she was getting back together with her ex Chase Stokes.
Zack Bia Giorgio Baldi Chase Stokes Madelyn Cline California city Santa Monica, state California 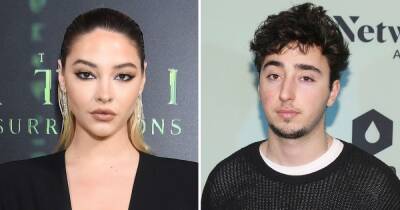 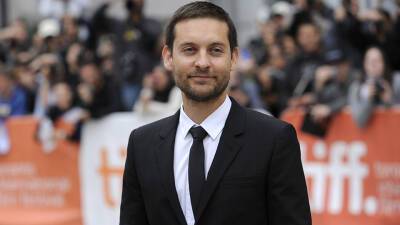 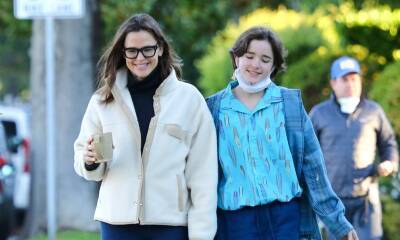 us.hola.com
16.12.2021 / 23:25
54%
645
Jennifer Garner spotted with a huge smile following Ben Affleck’s controversial comments about their marriage
Jennifer Garner seems to be doing just fine.The actress was photographed on Wednesday, December 15 while going for a stroll in Santa Monica, California. Regardless of what drama might be going on in her life, behind the scenes, she was happily holding a cup of coffee and flashing a big smile.Just one day prior, her ex-husband Ben Affleck sat down with Howard Stern, where he made some controversial comments about his marriage to the mother of his children.
Jennifer Garner Howard Stern Ben Affleck California city Santa Monica, state California actress 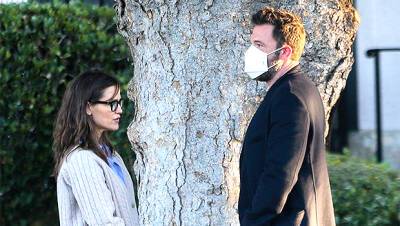 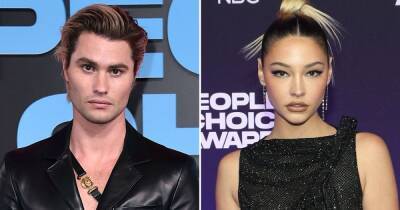 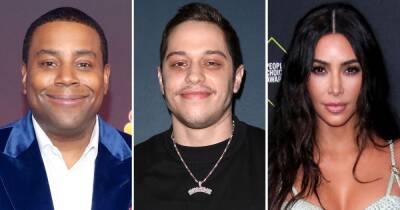 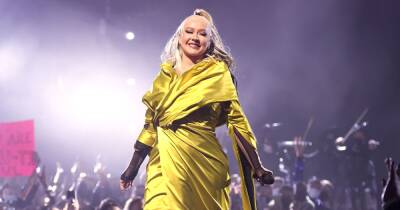 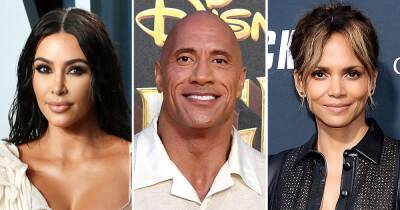 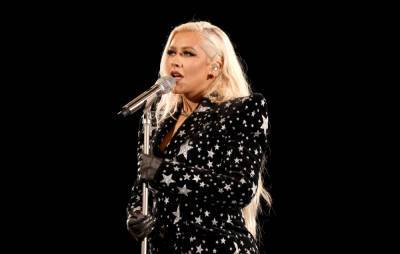 dailymail.co.uk
08.12.2021 / 10:13
77%
804
Dwayne 'The Rock' Johnson is presented the People's Champion award by Jeff Bezos
Dwayne 'The Rock' Johnson had a memorable evening Tuesday at the 2021 People's Choice Awards at the the Barker Hangar in Santa Monica, California.The 49-year-old superstar was presented with the People's Champion award by Jeff Bezos, and dedicated the honors to the late Muhammad Ali; and Shushana, a recipient for the Make-a-Wish foundation.In introducing Johnson, Bezos, 57, said, 'His achievements are legend. His work ethic is unparalleled.
Jeff Bezos California city Santa Monica, state California show awards stars 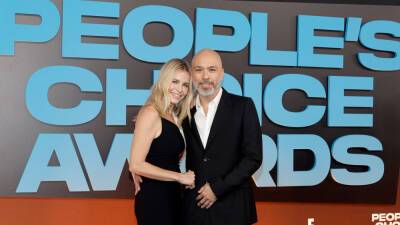 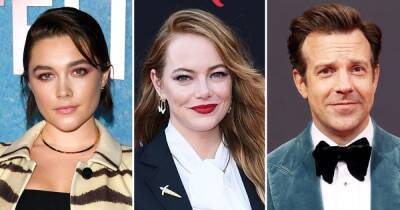 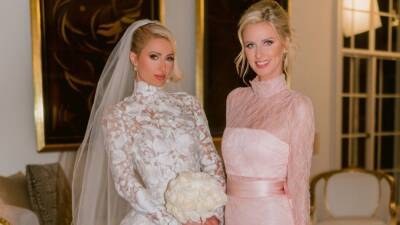 dailymail.co.uk
28.11.2021 / 02:57
66%
307
Courteney Cox and Johnny McDaid prove love really is in the air as they take a flying lesson
She celebrated her longtime boyfriend Johnny McDaid's Grammy nomination for cowriting Ed Sheeran's hit song Bad Habits earlier in the week.And Courteney Cox took their relationship to a whole new level on Saturday when she and Johnny got a flight lesson in Santa Monica, California.The 57-year-old Friends star and the 45-year-old Snow Patrol member were spotted arriving at an air field in the morning before boarding a small aircraft.
Ed Sheeran Johnny Macdaid California city Santa Monica, state California song love Celebrity 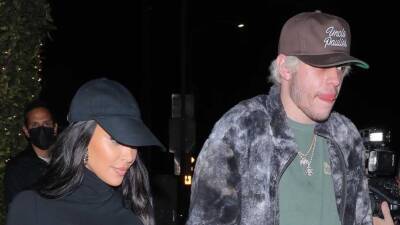 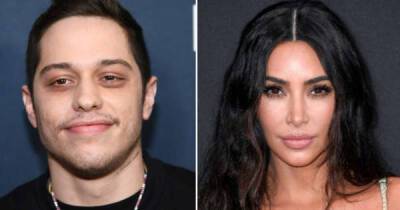 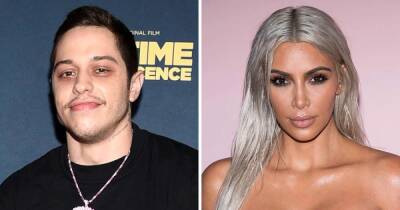 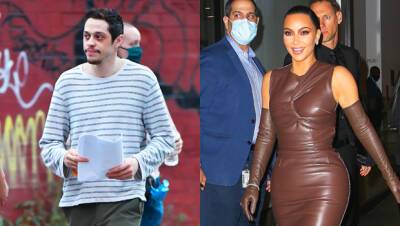 hollywoodlife.com
23.11.2021 / 04:35
44%
194
Pete Davidson Allegedly Sports Hickey On Sexy Date Night With Kim Kardashian — See Photos
Now that Kim Kardashian, 41, and Pete Davidson, 28, have confirmed their romance, they’re also putting the PDA on display. While dining at a fancy Italian restaurant in Santa Monica, California on Sunday night, Pete displayed what looked like a hickey on his neck, in photos you can see here. The two were spotted having an overall great time as they left the restaurant holding hands, laughing while getting into Pete’s Lamborghini SUV, the Daily Mail reported.
Pete Davidson Kim Kardashian California Italy city Santa Monica, state California reports

dailymail.co.uk
23.11.2021 / 03:45
54%
292
Kim Kardashian and Pete Davidson giggle on romantic date as he reveals LOVE BITE on neck
Kim Kardashian and Pete Davidson are putting on a passionate display as their confirmed new romance heats up.The loved-up couple were spotted giggling like lovestruck teenagers as they stepped out for a romantic date night at the fancy Italian restaurant Giorgio Baldi in Santa Monica, California, on Sunday night.However, it looked as though Kim, 41, and Pete, 28, had enjoyed a very amorous evening together as the SNL funnyman sported what appeared to be a hickey on his neck.
Pete Davidson Kim Kardashian Giorgio Baldi California Italy city Santa Monica, state California reports stars love

dailymail.co.uk
23.11.2021 / 03:45
61%
479
Dwayne 'The Rock' Johnson will be presented with People's Champion Award at People's Choice Awards
Dwayne 'The Rock' Johnson will be honored with the People's Champion Award at the 2021 People's Choice Awards next month in Santa Monica, California.The Red Notice actor, 49, will receive the accolade December 7 in recognition for his contribution to the entertainment industry and entrepreneurial endeavor.He is also being recognized for his commitment to supporting children and families in need through various charitable initiatives.
Red Notice California city Santa Monica, state California Entertainment Actor awards 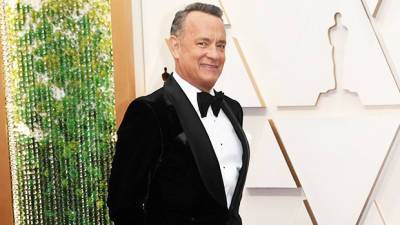 hollywoodlife.com
28.10.2021 / 23:19
83%
984
Tom Hanks Crashes A Beach Wedding In Santa Monica: See Amazing Photos With The Brides
Tom Hanks, 65, couldn’t help but ask this newly married couple for a photo! The Oscar winner happened to be in Santa Monica, California earlier this week as Diciembre and Tashia Farries tied the knot. After watching the outdoor ceremony, which was held on the scenic beach, the actor crashed the same-sex wedding.
Tom Hanks California city Santa Monica, state California Actor love 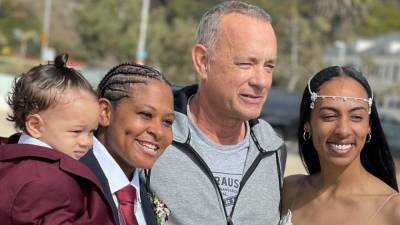