A24’s release of Darren Aronofsky’s The Whale had a strong holdover its second weekend out, grossing $168.5k on the same six screens in NYC and LA where it opened its first frame to the biggest per theater average of the year – beating the distributor’s March release of Everything Everywhere All At Once.

This weekend’s PTA is $28.3k. The Whale’s estimated domestic cume through Sunday is $596k.

Everything Everywhere opened to a $50k PSA on four screens. It has grossed over $100 million globally and The Whale won’t have that trajectory at the box office. But it’s a huge comeback for its star. Fraser, the former action star of The Mummy franchise, plays an obese, reclusive English teacher struggling to reconnect with his estranged daughter. He’s on every list of Oscar contenders and earned nominations from Critics Choice Awards and Golden Globes this past week.

The film that made a splash in Venice a has a 96% audience score on Rotten Tomatoes, with several sellouts throughout the weekend. A24 will expand into a moderate nationwide break Dec. 21, looking at around 500 screens.

Steven Spielberg’s The Fabelmans from Universal was 7th in week 6 at 955 locations for a weekend gross of $750k and cume of $7.66 million.

Tags: Steven Spielberg Darren Aronofsky film Waves stars Britain city Venice
See showbiz news on deadline.com
The website popstar.one is an aggregator of news from open sources. The source is indicated at the beginning and at the end of the announcement. You can send a complaint on the news if you find it unreliable.
Related news and gossips

Brendan Fraser was overwhelmed on Thursday when he was honored with the Spotlight Award at the Palm Springs International Film Festival.The 54-year-old star received the acting honor for his acclaimed turn as a 600-pound man struggling to reconnect with his estranged daughter in Darren Aronofsky's film The Whale.'It's been gratifying, it's been eye-opening,' Fraser said of the acclaim his latest role has brought him, according to People.'It has made me have a sense of accomplishment by way of seeing how this story is changing people's hearts and minds.' Overwhelming: Brendan Fraser said it had been so 'gratifying' to be honored for his role in The Whale after receiving the Spotlight Award at the Palm Springs International Film Festival on Wednesday, according to PeopleThe Mummy star leads the whale as a reclusive English professor who has been consumed by binge eating to assuage his grief at the loss of his lover. But even as he continues his self-destructive behaviors, he yearns to reunite with his teenaged daughter (Stranger Things' Sadie Sink) before it is too late.  Fraser noted home important the role was to him, especially considering the paucity of juicy parts like it. 'That's gratifying, to say at least, and that kind of opportunity does not come along in this circus show of show business that we all play along with sometimes,' he continued.

Brendan Fraser shared his response to the critical acclaim he's received for his work in The Whale during a visit on Wednesday on Late Night With Seth Meyers.Seth, 49, asked Brendan, 54, if he's had a moment in his career where he thought he made it.'Nope,' Brendan replied. 'I don't. 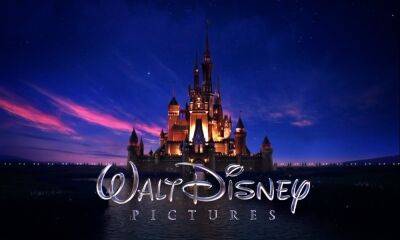 Disney Rules The Box Office Around The World In 2022 With $4.9 Billion

No surprise here: Walt Disney is the No. 1 studio at the box office, not just worldwide with $4.9 billion, but also domestic with $2 billion and overseas with $2.9 billion. This comes after an initial New Year’s weekend which saw Avatar: The Way of Water overperforming, that pic contributing close to $1 billion abroad. It’s the 7th consecutive year that Disney ahs been No. 1 at the global box office, from 2016-2022. 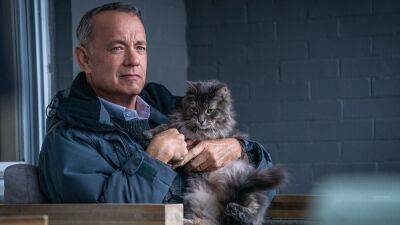 Sony’s A Man Called Otto began the first phase of a three-step rollout this weekend in an exclusive run at four LA and NY theaters, grossing $60k, for a $15k per screen average, over the three-day weekend. The four-day estimated gross is $75K, or an $18.7k PSA. 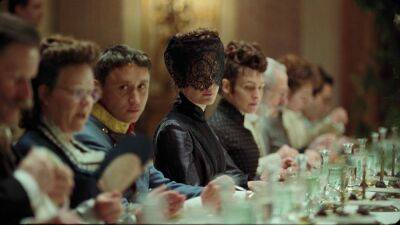 New Yorkers braved the cold this weekend for Corsage at two theaters ( IFC Center, Film at Lincoln Center) as Marie Kreutzer’s biopic of Empress Elisabeth of Austria starring Vicky Krieps grossed an estimated $32,000 over the three-day weekend for a robust $16k per screen average. 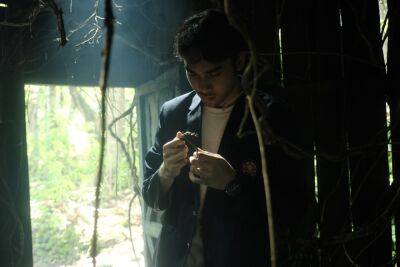 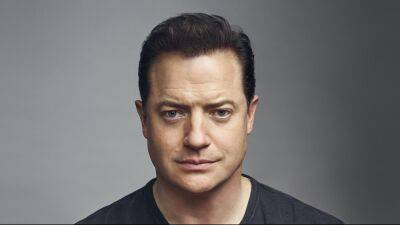 ‘The Whale’ Trailer: Brendan Fraser Gives It His All In Darren Aronofsky’s Family Drama

To say that A24 has deployed an interesting marketing strategy for “The Whale” is an understatement. After a rapturous debut at the Venice Film Festival, where critics were falling over themselves to give the Oscar to Brendan Fraser right then and there, there were months without any new marketing materials for the film. 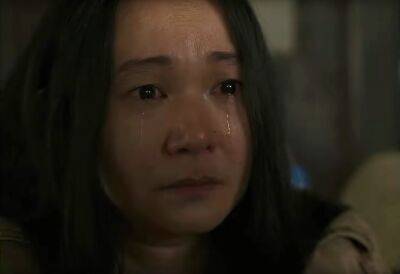 ‘The Whale’ Star Hong Chau On Going From Wanting To Stay Home And Do Nothing To Making Four Films: “It Was A Really Nutty Year For Me”

Hong Chau stole the show as a fierce one-legged Vietnamese activist in Alexander Payne’s 2017 star-packed social satire Downsizing. Now, in Darren Aronofsky’s The Whale, she’s doing it again: this time she plays Liz, a no-nonsense caregiver who helps reclusive 600-pound English professor Charlie (Brendan Fraser) manage his failing health while he struggles to reconnect with his estranged and thoroughly unlikable teenage daughter (Sadie Sink). As the story unfolds, the unexpected reasons for Liz’s dedication to Charlie are gradually revealed, and Chau’s scene-stealing performance — subtle and heartbreaking — balances the pain of Liz’s loss with a poignant frustration at her own impotence. 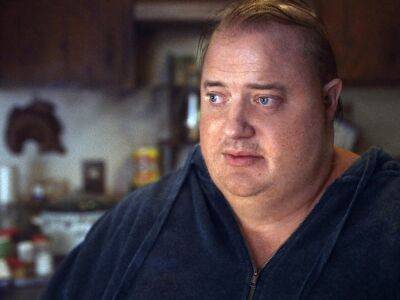 Darren Aronofsky’s The Whale from A24 swam to the biggest limited opening of the year in NY and LA this weekend, beating the per screen record set by in late spring by the indie distributor’s Everything, Everywhere All At Once. 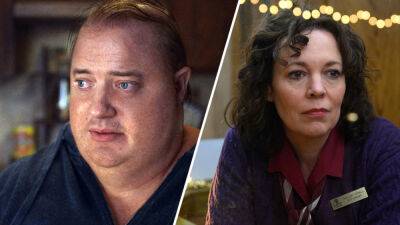 From its triumphant world premiere (with seven-minute standing ovation) at the Venice Film Festival, A24 opens Darren Aronofsky’s The Whale in theaters this weekend amid a whirl of Oscar buzz around star Brendan Fraser. The former action star carries the psychological drama as Charlie, a reclusive and severely obese English teacher trying to reconnect with his estranged teenage daughter.