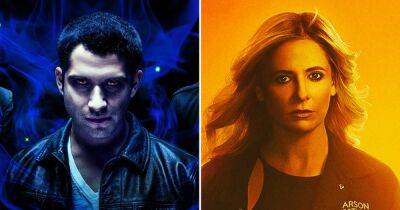 Breaking Down How ‘Teen Wolf’ Is Connected to the ‘Wolf Pack’ Universe: Details

Warning: This story contains spoilers from Teen Wolf: The Movie and the series premiere of Wolf Pack. 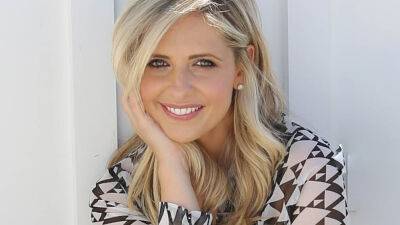 Buffy is about to collect another award: Sarah Michelle Gellar will receive the Icon Award at the 2023 SCAD TVFest in Atlanta.

Sarah Michelle Gellar put her best fashion foot forward on Monday as she headed to NBC Studios in New York City.The 45-year-old Buffy the Vampire Slayer alum — who made a recent red carpet appearance with husband Freddie Prinze Jr. — wore a gray, black, and burgundy frock as she arrived before sunrise. Then the mother-of-two reemerged later in a floral patterned white dress and white coat combination.

Sarah Michelle Gellar and her husband Freddie Prinze Jr. made their first red carpet appearance together in over a decade on Thursday.The Buffy the Vampire Slayer alum, 45, and her husband of 20 years, 46, arrived holding hands for their first red carpet together in 11 years for the premiere of her new show Wolf Pack.   The season debut of the new original series by Paramount+ - on which the first trailer for the show was released last week - premieres on January 26. 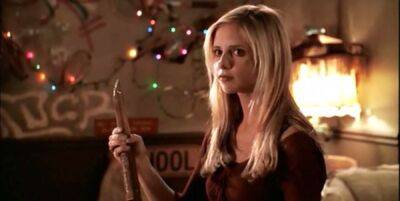 Sarah Michelle Gellar On Her Time On ‘Buffy’ Working With Joss Whedon: “I’ve Said All I’m Going To Say Because Nobody Wins”

Sarah Michelle Gellar returns to supernatural TV soon with “Wolf Pack,” premiering later this month on Paramount+. But don’t expect the actress to discuss her time on “Buffy The Vampire Slayer” in the lead-up to her new show’s premiere.

Sarah Michelle Gellar is no longer hunting vampires. Now she is hunting wolves.In the newly released trailer for Wolf Pack - an upcoming original series from Paramount+ - the 45-year-old Buffy The Vampire Slayer actress plays a member of a 'joint task force' investigating a mysterious wildfire.Supernatural events start occurring after the wildfire breaks out and is witnessed by a group of teenagers on a school bus.

Teen Wolf: The Movie trailer brings the Pack back to Beacon Hills

A new evil has emerged from the shadows of Beacon Hills in the new trailer for the upcoming movie Teen Wolf: The Movie.Original Teen Wolf stars such as Tyler Hoechlin, Tyler Posey and Colton Haynes - who opened up about his Teen Wolf exit in a memoir this summer - will be returning for the upcoming movie, with the trailer also teasing the long-awaited reunion between Tyler Hoechlin's Scott McCall and Crystal Reed's Allison Argent... despite her having been supposedly killed off in Season 3.The film will debut on Paramount Plus on January 26, leading into the new spin-off series Wolf Pack, also debuting on that date.

Sarah Michelle Gellar starred in the teaser trailer for her new series Wolf Pack, which was released on Paramount Plus' official YouTube channel on Friday.The 45-year-old performer portrays Investigator Kristin Ramsey in the clip, in which she deals with the emergence of a group of supernatural creatures.The actress also took part in a panel during New York Comic Con, during which she and several other cast members discussed their views about the forthcoming program. Starring role: Sarah Michelle Gellar was featured in a teaser trailer for Wolf Pack that was released on Paramount Plus' official YouTube channel on FridayThe trailer begins with a massive wildfire breaking out in the California forests.The blaze manages to stall a school bus that was being used by Everett, portrayed by Armani Jackson, who ended up on the pavement behind the vehicle. 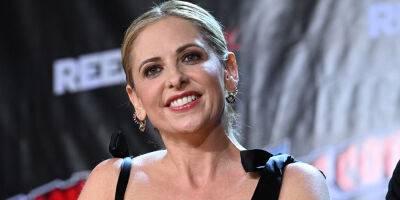 Sarah Michelle Gellar keeps it classic in a chic black and white look for her appearance during the 2022 NYCC in New York City on Friday (October 7). 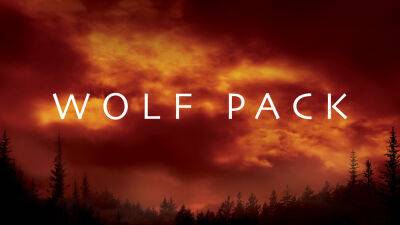 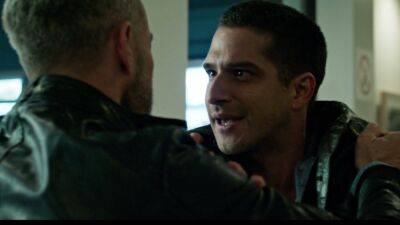 movie has a premiere date!The anticipated film, which members of the original cast, will drop Thursday, Jan. 26, 2023 on Paramount+ in the U.S. and Canada, it was announced Friday at New York Comic Con. 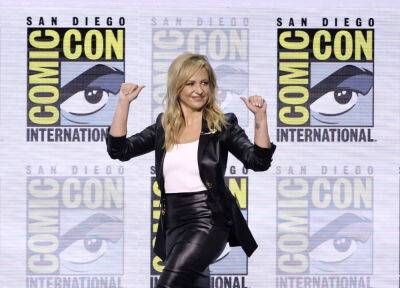 Sarah Michelle Gellar had no intention of joining the upcoming Paramount+ series Wolf Pack, but reading the script changed her mind. The role marks Gellar’s return to the horror genre on TV following her successful run on the WB’s Buffy the Vampire Slayer which premiered in 1997. 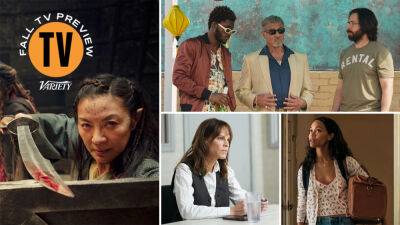 25 million viewers from around the world in its first 24 hours — a galvanizing start for the streamer’s new franchise. And that was just the beginning of the so-called “fall” — despite the fact that it’s still summer and 100 degrees outside — onslaught of new shows. With the ongoing Peak TV battle for audience attention being waged among streaming services, cable channels and broadcast networks at its absolute peakiest, this list is an attempt to help viewers make well-informed choices. 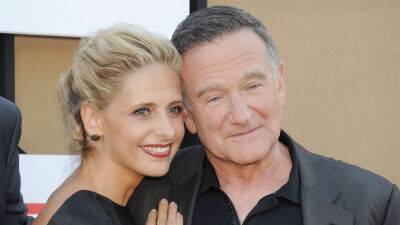 Sarah Michelle Gellar is opening up about taking an acting break following the death of Robin Williams. The actor stepped away from her career after her The Crazy Ones co-star died to reflect and process the life-changing event.

Michelle Gellar has been tapped to star in and executive produce Paramount+'s upcoming Teen Wolf offshoot series Wolf Pack, according to Deadline.Dressed in a black leather ensemble, the actress broke the news to fans when she crashed apanel for the streamer's upcoming Teen Wolf: The Movie at 2022 Comic-Con in San Diego on Thursday.Teen Wolf: The Moviewriter/executive producer Jeff Davis andstarsTyler Posey and Tyler Hoechlin were on the stage at the time Gellar made her surprise announcement. Breaking news: Sarah Michelle Gellar, 45, surprised Comic-Con fans in San Diego on Thursday and announced she will star in the Teen Wolf offshoot series Wolf PackWritten and produced by Davis, who's also the creator of Criminal Minds, the upcoming Wolf Pack series is based on the book series by Edo Van Belkom.The supernatural drama 'centers on two teenagers, Everett and Blake (Armani Jackson and Bella Shepard), whose lives are changed forever when a wildfire awakens a terrifying supernatural creature.' Gellar, 45, will be playing arson Investigator Kristin Ramsey, 'a highly regarded arson investigator who's tasked with finding the person who started the wildfire.'But as the story unfolds there are signs that the blaze may have also led to the reawakening of a supernatural predator terrorizing Los Angeles. 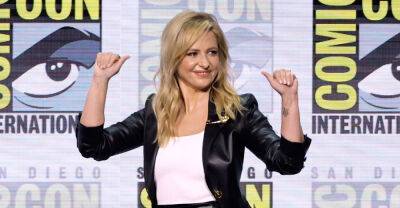 Sarah Michelle Gellar is heading back to television! 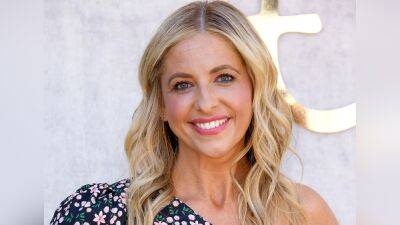 Sarah Michelle Gellar has a new role in the works. The “Buffy” alum will star in “Wolf Pack,” an original series from MTV Entertainment Studios for Paramount+. 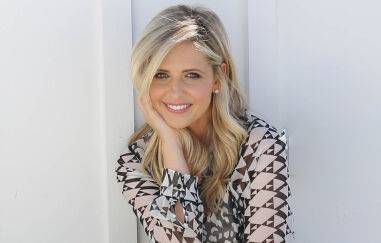 EXCLUSIVE: Two top supernatural film-to-series franchises are coming together as Buffy the Vampire Slayer alumna Sarah Michelle Gellar has been tapped to star in and executive produce Paramount+’s upcoming Teen Wolf offshoot series, Wolf Pack, from MTV Entertainment Studios. Gellar’s casting will be revealed today during Paramount+’s Teen Wolf: The Movie panel at the San Diego Comic-Con where Gellar will make an appearance as the surprise guest touted in the promo for the panel, I hear. Gellar is  Comic-Con royalty as Buffy the Vampire Slayer is hugely popular among convention-goers who organized a big fan event to celebrate the series’ 20th anniversary at the 2017 Comic-Con. 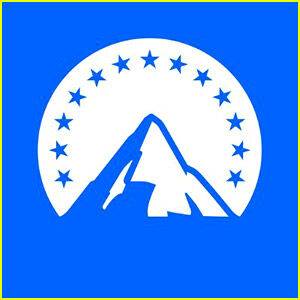 Paramount+ Casts 4 Leads in 'Wolf Pack' Series from 'Teen Wolf' Creator - See All Who Will Star!

There have been some new additions to the cast of Wolf Pack. 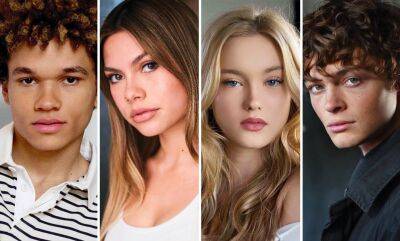 Wilson Chapman editorParamount+ has found its “Wolf Pack.” Armani Jackson, Bella Shepard, Chloe Rose Robertson and Tyler Lawrence Gray have signed on to play the leads of the streamer’s upcoming supernatural teen drama series.Although “Wolf Pack” revolves around werewolves and is developed for television by Jeff Davis, the series is unconnected to his former MTV series “Teen Wolf” or the upcoming Paramount+ film sequel. The series is instead based on the book series of the same name by Canadian horror author Edo Van Belkom. The show focuses on two teenagers who are caught in a wildfire and are wounded by a supernatural creature. 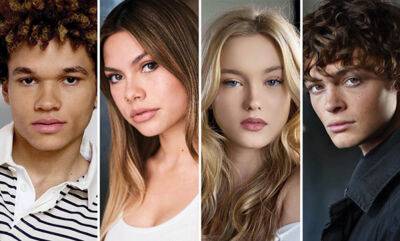 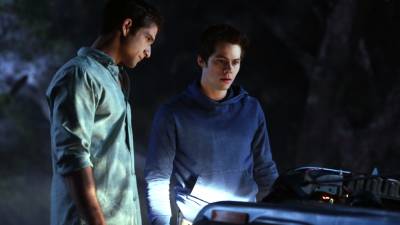 Jeff Davis, developer and executive producer of the 2011 MTV series, is returning to the franchise with a new projects at Paramount+ as part of an overall deal at MTV Entertainment Studios.

What about having some fun reading the latest showbiz news & updates on Wolf Pack? Those who enter popstar.one once will stay with us forever! Stop wasting time looking for something else, because here you will get the latest news on Wolf Pack, scandals, engagements and divorces! Do not miss the opportunity to check out our breaking stories on Hollywood's hottest star Wolf Pack!