Fleetwood Mac guitarist Lindsey Buckingham has given his thoughts on the passing of bandmate Christine McVie, remembering their 40 years of making music together.

“Christine McVie’s sudden passing is profoundly heartbreaking. Not only were she and I part of the magical family of Fleetwood Mac, to me Christine was a musical comrade, a friend, a soul mate, a sister,” Buckingham wrote on Instagram Thursday.

“For over four decades, we helped each other create a beautiful body of work and a lasting legacy that continues to resonate today,” he continued, adding that he feels “very lucky to have known her.”

Buckingham, noted that McVie’s “spirit will live on” through the group’s music and her legacy.

McVie died Wednesday from what was termed “a short illness.” She was 79 years old

“There are no words to describe the sadness at the passing of Christine McVie,” the band wrote in a statement on Twitter Wednesday.

Tags: Fleetwood Mac Lindsey Buckingham Christine Macvie band Death Music
See showbiz news on deadline.com
The website popstar.one is an aggregator of news from open sources. The source is indicated at the beginning and at the end of the announcement. You can send a complaint on the news if you find it unreliable.
Related news and gossips

CHRISTINE McGuinness and Chelcee Grimes were full of the festive spirit as they hit Hyde Park's iconic Winter Wonderland. The duo - who became close while filming ITV reality series The Games - let their hair down at the Christmassy event in the UK capital.

OLIVIA Attwood has officially got into the Christmas spirit after being forced to quit I'm A Celebrity last month. The former Love Island star took to her Instagram stories to share a stunning Christmas tree which she had put up in her stunning Manchester home.

HELEN Flanagan proved that she is keen to keep up a strong family unit as she took her kids to see their father at his football game. The former Coronation Street actress was all smiles as she took the kids to the game to cheer on their dad, Scott Sinclair. 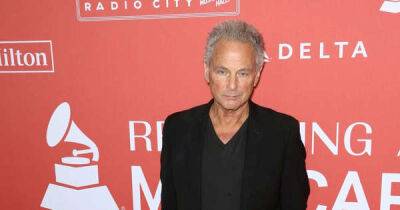 Lindsey Buckingham has shared a heartfelt tribute to his late Fleetwood Mac bandmate Christine McVie. The singer and keyboardist passed away on Wednesday following a short illness at the age of 79, prompting emotional tributes from her bandmates Stevie Nicks and Mick Fleetwood. Lindsey added his tribute on Thursday by sharing a handwritten note on Instagram in which he praised his "soul mate" and "musical comrade". 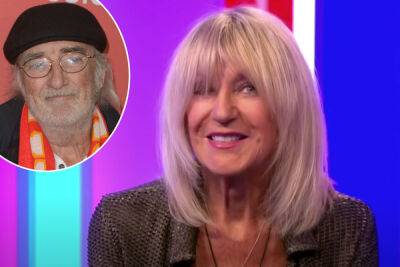 As the world continues to mourn the sudden passing of Fleetwood Mac’s Christine McVie, we’re looking back on the time she disguised the true SHOCKING meaning of one of the band’s top hits from her fellow group member and husband!

SINGER Christine McVie opened champagne when I went to her home in the Hollywood Hills on March 21, 1978. She was celebrating her divorce from bass guitarist John just three weeks before — and told how she had put their band Fleetwood Mac ahead of her personal life. She was then 34 and a millionaire.

CHRISTINE McGuinness has furiously hit out at trolls who have claimed she is too thin. The 34-year-old model has previously battled with anorexia and she's hit back at trolls online who have been commenting on her figure.

Alana Haim felt "at a loss for words" after Stevie Nicks used Haim's song lyrics as part of her tribute to her late friend Christine McVie. The Edge of Seventeen singer posted a moving handwritten tribute to her late Fleetwood Mac bandmate and "best friend in the whole world" on social media on Wednesday following the news of her death aged 79. In the tribute, Stevie revealed she had been thinking about Haim's song Hallelujah ever since she had heard Christine was unwell and hoped she might get to sing it to her.

Fleetwood Mac’s Christine McVie has died, aged 79.A statement on her official Facebook page reads: “On behalf of Christine McVie’s family, it is with a heavy heart we are informing you of Christine’s death. She passed away peacefully at hospital this morning, Wednesday, 30 Nov 2022, following a short illness”.“She was in the company of her family”, it added.

KATIE Price has confirmed she's spilt from fiance Carl Woods during a boozy night out. She hit the town in a black top, glamming up with huge false eyelashes and her personalised lip gloss. Katie's ex Carl, 34, confirmed their split in a cutting video yesterday, in which he suggested he mum of five had cheated on him.

Fleetwood Mac legend Stevie Nicks has been inundated with supportive messages from her fans after she shared a heartfelt tribute to her "best friend" Christine McVie.The late singer died peacefully in hospital surrounded by her loved ones on Wednesday morning.Taking to Instagram, Stevie, 74, said she was informed about Christine's illness last Saturday and wanted to fly over to see her, but was told to wait. The singer shared a handwritten note about her beloved band member and friend in view of her 1.1 million followers. She wrote: "A few hours ago I was told that my best friend in the whole world since the first day of 1975, had passed away."I didn't even know she was ill... until late Saturday night.Fleetwood Mac's Christine McVie tragically dies age 79A post shared by Stevie Nicks (@stevienicks)"I wanted to be in London; I wanted to get to London - but we were told to wait."She went on to say: "So, since Saturday, one song has been swirling around in my head, over and over and over."I thought I might possibly get to sing it to her, and so, I'm singing to her now.

FLEETWOOD Mac legend Christine McVie has died following a short illness at the age of 79, her family have confirmed. British-American rock band Fleetwood Mac, founded in London in 1967, sold more than 100 million records worldwide, making them one of the most successful groups ever. A statement from songwriter and key member Christine McVie's family confirmed she "passed away peacefully at hospital" on Wednesday following a "short illness".