‘Jingle All the Way’ Cast: Where Are They Now? Arnold Schwarzenegger, Sinbad and More

Put that cookie down! Jingle All the Way wasn’t a hit with critics when it was released in 1996, but it’s since become a cult classic.

The holiday film starred Arnold Schwarzenegger as Howard Langston, a workaholic dad who forgot to buy his son, Jamie (Jake Lloyd), the hottest toy on every kid’s Christmas list: Turbo Man. Along the way, Howard clashes with his overbearing neighbor (Phil Hartman), a meddlesome police officer (Robert Conrad) and a postal worker named Myron Larabee (Sinbad) who is searching for the same toy.

The movie also featured cameos from comedians including Jim Belushi, Laraine Newman and Chris Parnell, the latter of whom made his big-screen debut as a toy store clerk two years before he joined the cast of Saturday Night Live.

While Jingle All the Way has become a perennial holiday favorite, one of its stars still has some questions about the film’s plot. Rita Wilson, who played Howard’s wife, Liz, doesn’t understand how her character failed to realize her husband was the person inside the life-size Turbo Man costume in the movie’s climactic parade scene.

“This is the movie that haunts me,” the Runaway Bride actress told Insider in December 2020. “Why did my character not know that her husband, Howard, who talks like [Arnold Schwarzenegger] and is played by Arnold Schwarzenegger, was Turbo Man. How did she not know that? Let’s see: He has an accent. He looks exactly like him. He’s wearing a half mask, but my character does not know. And it made me just feel like, ‘That’s just a little too stupid.'”

Schwarzenegger, for his part, seemingly looks back on the film with somewhat more fondness. “It’s still today the favorite Christmas movie that people are playing every single December,” the former California

Tags: Arnold Schwarzenegger Rita Wilson Jim Belushi Chris Parnell film stars man California
See showbiz news on usmagazine.com
The website popstar.one is an aggregator of news from open sources. The source is indicated at the beginning and at the end of the announcement. You can send a complaint on the news if you find it unreliable.
Related news and gossips

Arnold Schwarzenegger paid tribute to his late mother Aurelia Schwarzenegger in an Instagram post Monday, sharing a throwback holiday shot of her posing by a Christmas tree.'I hope you all had a Merry Christmas!' the action star, 75, captioned the clip. 'Here is a shot of my mother by the Christmas tree many years ago that I shared in my new newsletter. 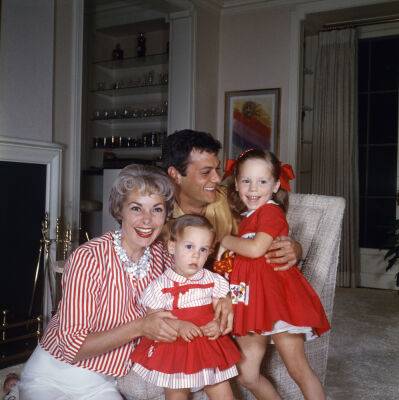 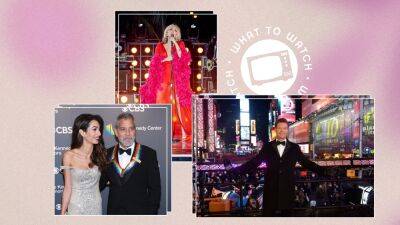 ), and happy last night of Hanukkah as well! There's a variety of holiday content to watch today, and then the rest of the week becomes all about ringing in the new year as the broadcast networks roll out their year-in-review specials, and New Year's Eve specials commence. (Here's a guide to the best , by the way.)If you're a royal watcher, then Christmas is always a big day for the royal family, as they make the early morning walk—and later greet well wishers—to and from church.

Arnold Schwarzenegger in holiday sweater as he exercises on Christmas Eve: 'We're still working out'

Arnold Schwarzenegger, 75, teams up with friend for his near-daily morning bike ride in LA

He made bicycle riding with friends and family an integral part of his daily exercise routine over the years.And on Thursday, with the Christmas holiday just a few days away, Arnold Schwarzenegger teamed up with a buddy for another one his rides through the streets of Los Angeles, which usually ends with a workout at the Gold's Guy in Venice Beach.Over the years the former California governor has made a habit of sharing his almost-daily bike ride with a family member, including sons Patrick, Christopher and Joseph, and daughters Christina and Katherine, longtime partner Heather Milligan, or a friend like Ralf Moeller. Morning routine: Arnold Schwarzenegger, 75, looked fit and ready for his almost-daily bike ride around Los Angeles on Thursday that typically ends at the Gold's Gym in Venice BeachThe grandfather of two kept it sporty in black shorts that read: 'Arnold's Pump Club' across the left thigh with a dark blue t-shirt and matching sneakers and knee-high socks.The former bodybuilding champion covered up at times by wearing a dark blue jacket. 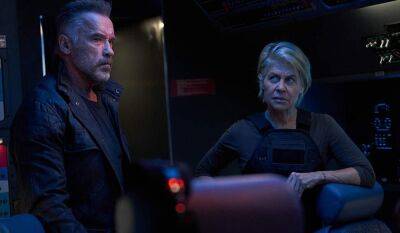 When it was announced that Tim Miller and James Cameron were going to team up to wipe the slate clean with the “Terminator” franchise and present the real sequel to “T2,” fans were elated. Finally, we’d be getting a quality “Terminator” film after all of these years. 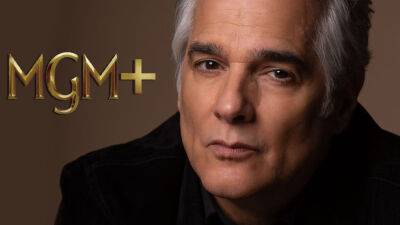 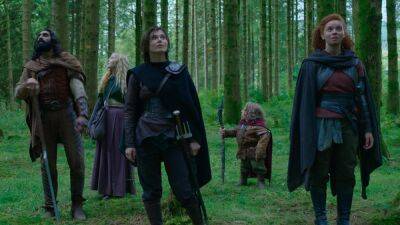 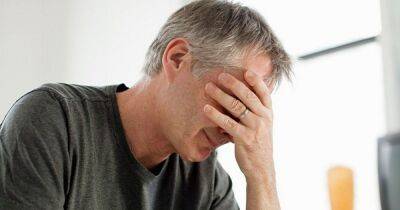 Keep calm and carry on? Real Housewives of New Jersey star Teresa Giudice claims to be all about the “namaste” — but radio host Billy Costa disagrees.