manchestereveningnews.co.uk
Police report 'aggressive' and 'inexperienced' driver who ends up in ditch
06.12 - 06:35

manchestereveningnews.co.uk
From ‘postcode’ gang wars to a spike in arrests - Greater Manchester Police one year after damning report
05.12 - 19:55

Getaway driver 'panicked' after gunshots fired and drove into cars, house and lamppost in bid to flee police

A ‘panicked’ getaway driver led police on a 'dangerous' pursuit after dropping off a man in north Manchester - moments before shots were fired.

Three police officers heard the gunshots and came across Mohammed Rafiq, 24, who was carrying a black bag, said to contain a converted handgun, and proceeded to chase him through the streets.

Sameer Amin, 28, was in a Ford Focus waiting for Rafiq after dropping him off minutes beforehand but after seeing police, he 'panicked' and drove off, leaving

dailymail.co.uk
28.11.2021 / 10:17
68%
558
X Factor USA and America's Got Talent singer Thomas Wells dies at 46
Former X Factor and America's Got Talent reality star Thomas Wells has died at the age of 46, it has be confirmed.His wife Jessica Wells informed TMZ the amateur singer had been involved in an accident while working on a job at a tire manufacturing plant in Oklahoma.He passed away on Nov. 13.Jessica told the outlet that parts of her husband's body had been trapped in machinery following the accident, involving a 'conveyor belt' type of equipment that did not stop.
USA Oklahoma singer hospital stars

dailymail.co.uk
28.11.2021 / 10:17
91%
854
Steven Spielberg paid tribute to Broadway legend Stephen Sondheim after he died 'suddenly' aged 91
Oscar-winning director Steven Spielberg joined the chorus of luminaries paying tribute to Stephen Sondheim, calling him 'a gigantic figure in American culture' after the Broadway legend died just weeks before Spielberg's film version of Sondheim's classic West Side Story is released.Spielberg had nothing but high praise for the famed American composer and lyricist, who passed away 'suddenly' at his Roxbury, Conn., home on Friday at 91 years old, according to Sondheim's lawyer F.
Stephen Sondheim Steven Spielberg USA show song Music 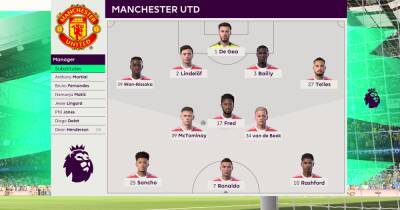 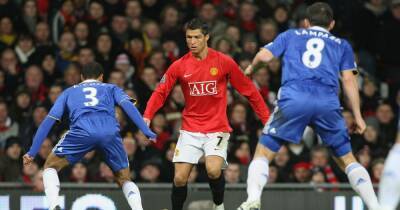 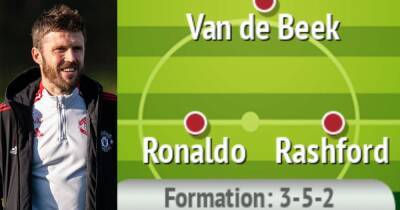 dailystar.co.uk
28.11.2021 / 09:19
35%
375
Frustrated Man Utd star who has ‘good chance’ of playing under Rangnick could make U-turn
Manchester United outcast Jesse Lingard could reportedly make a U-turn on the collapse of his contract talks with the arrival of Ralf Rangnick.Lingard’s career appeared to be reborn after a successful loan spell at West Ham last season, which saw him score nine goals in 16 appearances.He returned to Old Trafford rejuvenated for the final year of his current contract and hoped to have done enough to force his way into Ole Gunnar Solskjaer’s plans.But those hopes proved to be misguided, with
Jesse Lingard Ole Gunnar Solskjaer Ralf Rangnick Manchester reports stars man

dailyrecord.co.uk
28.11.2021 / 09:09
73%
469
SNP member quits after 54 years amid claims Sturgeon failed to tackle bullying accusations against MSP
One of the SNP’s longest ­serving members has quit after 54 years over claims Nicola Sturgeon has failed to take action against an MSP accused of bullying.
2020 action Party

dailyrecord.co.uk
28.11.2021 / 09:09
66%
408
Scots Elvis impersonator took £5k Covid grant despite working full time as cop
A firm owned by a police officer who was caught working as an Elvis impersonator during lockdown was given a £5000 Covid support grant.
Scotland Entertainment performer Enterprise

dailyrecord.co.uk
28.11.2021 / 09:09
59%
941
Shocking footage shows water pouring into Scots police counter-terrorism base and all over computer equipment
This is the shocking state of disrepair of one of Police Scotland ’s counter-terrorism bases – flooded with rain water.
Scotland show shock Waters

dailymail.co.uk
28.11.2021 / 09:05
41%
841
Gisele Bündchen, Catherine Zeta- Jones and Miley Cyrus lead stars celebrating Thanksgiving
Thanksgiving is one of the biggest holidays of the year with almost 300 million Americans dining on a turkey dinner after watching the famed Macy's Thanksgiving Day parade from New York City.And a slew of stars were quick to make the annual holiday a photo op as they took to Instagram to wish their followers well while baking pies, preparing their carb-heavy feasts and showing off their autumnal décor.Gisele Bundchen, Kourtney Kardashian, Kate Hudson, Jessica Alba, and others shared what they
Kate Hudson Kourtney Kardashian Jessica Alba USA New York show stars Celebrity

dailymail.co.uk
28.11.2021 / 09:05
85%
488
Chelsea Handler, 46, flashes her amble chest and toned tummy in a bikini
Chelsea Handler is known for flashing her slender figure on social media, often with her top off.And on Wednesday the 46-year-old stand-up comedienne from New Jersey was at it again, though this time she kept her modesty by wearing a black bikini.The close pal of Jennifer Aniston and Courteney Cox was enjoying a day at the beach in Hawaiiwith her boyfriend Jo Koy, who is also a comic.Scroll down for a look at Chelsea's wilder Instagram posts...
Chelsea Handler Jo Koy New Jersey show social love

dailymail.co.uk
28.11.2021 / 09:05
82%
106
Tyga will NOT be charged with a domestic violence felony after alleged altercation with ex
Tyga will not face felony charges stemming from an altercation he and his ex-girlfriend Camaryn Swanson had last month.TMZreports that the Los Angeles County District Attorney's Office had turned over the rapper's case to the Los Angeles City Attorney's Office - but only the D.A. office can charge people with a felony.Per the report, Camaryn's injuries and evidence did not qualify for a felony charge - which is why it was passed to the City Attorney.
Camaryn Swanson Los Angeles Los Angeles show singer reports 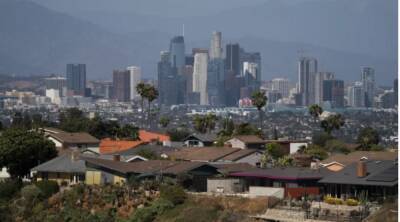 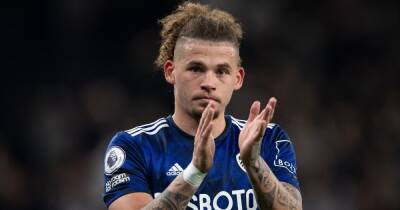 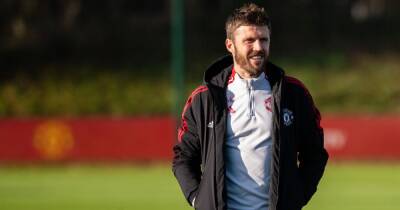 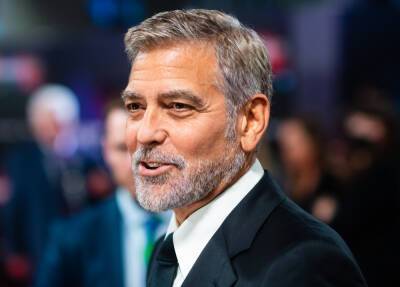 etcanada.com
28.11.2021 / 07:19
44%
571
George Clooney Thought He Was Living ‘The Last Minute’ Of His Life After 2018 Motorcycle Accident
George Clooney is sharing more details about his near-fatal motorcycle accident in Italy.
Italy film record gatherings 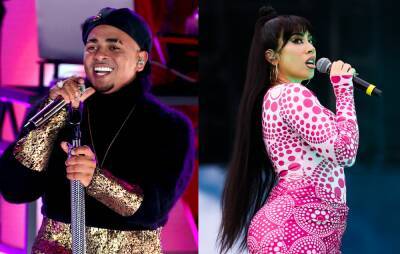 dailystar.co.uk
28.11.2021 / 06:41
65%
710
UK Weather: 'Subzero chill' to last into next week as killer Storm Arwen starts to clear
weather pattern wreaked havoc in both rural and urban areas across large swathes of the UK and the Republic of Ireland.A school head teacher became the first victim of the huge storm after his car was hit by a falling tree in Northern Ireland.The tragic incident took place on the Dublin Road in Antrim on Friday.A 35-year-old man was also killed by a falling tree in Aberdeenshire on Friday, which landed on top of his pick-up truck.Police returning from the tragic scene back to their to their van
Storm Arwen Britain Ireland county Antrim Dublin county Republic Death stars man 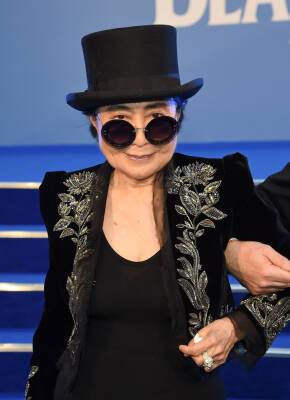 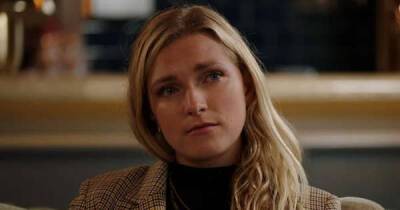 msn.com
28.11.2021 / 06:09
41%
395
Strictly Come Dancing's Giovanni Pernice in new celebrity romance after split from Maura Higgins
Strictly dancer split up with the Love Island star just before the hit BBC dancing show started as he said he wanted to focus on the show. But now it has been reported that he has moved on while him and celebrity partner Rose Ayling-Ellis are still in the competition.
Maura Higgins Giovanni Pernice Verity Bowditch Rose Ayling-Ellis Chelsea show reports Celebrity 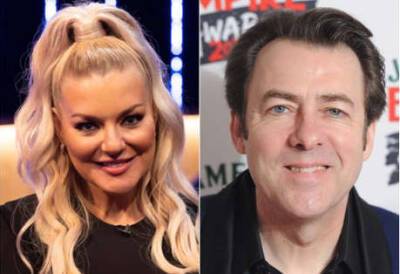 msn.com
28.11.2021 / 06:09
93%
433
Sheridan Smith ‘upset’ after ‘not being treated with kindness’ on Jonathan Ross Show
Sheridan Smith reportedly became “upset” after being interviewed on The Jonathan Ross Show. The actor and singer, 40, will appear on Saturday’s episode of the ITV series (27 November) alongside Gary Barlow, with whom she has recorded a Christmas duet, as well as Jeremy Clarkson, Riz Ahmed and Sting.
Jeremy Clarkson Gary Barlow Smith county Sheridan show stars Celebrity 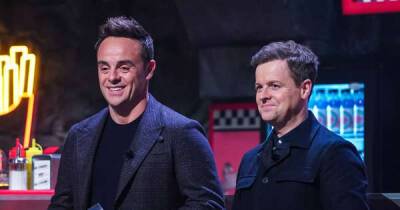 msn.com
28.11.2021 / 06:09
80%
255
ITV I'm A Celebrity stars moved back into quarantine as Storm Arwen wreaks havoc on set
I'm A Celeb team announced that while the production base is getting back up and running after technical issues due to the storm, the celebrities have been removed from the castle. They will return to individual quarantines to ensure they remain Covid secure.
Storm Arwen show stars Celebrity 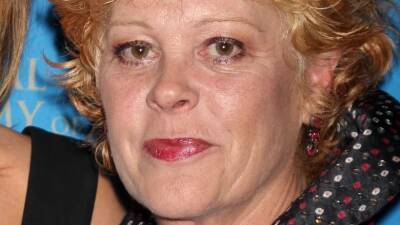 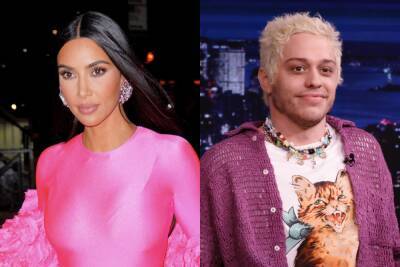 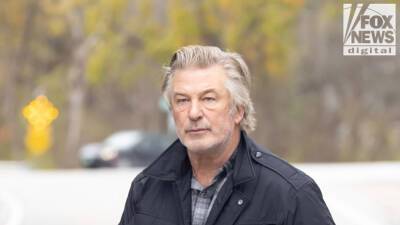 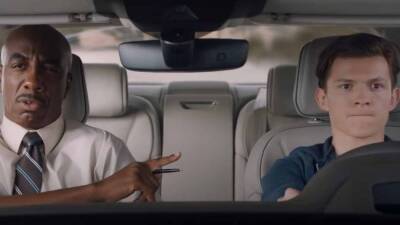 etonline.com
28.11.2021 / 04:33
92%
293
Zendaya and Tom Holland's 'Spider-Man' Co-Star J.B. Smoove Gives Them Relationship Advice (Exclusive)
Zendaya and Tom Holland's relationship. So much so, Smoove's offering the young couple some sage advice to keep them going even stronger.Smoove, along with wife Shahidah Omar, was on the American Music Awards red carpet last weekend at Microsoft Theater in Los Angeles and he couldn't help but gush when ET's Cassie DiLaura brought up his co-stars.
Tom Holland Los Angeles USA Zendaya ET Black Stories 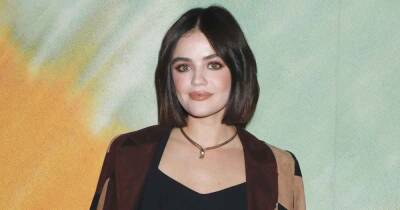 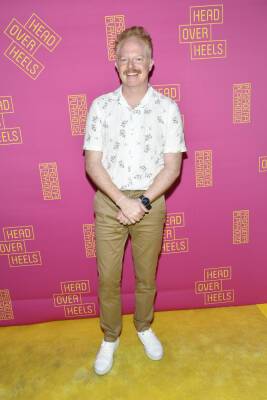 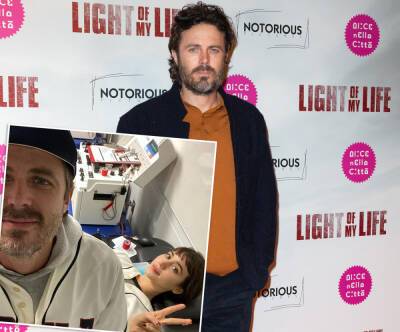 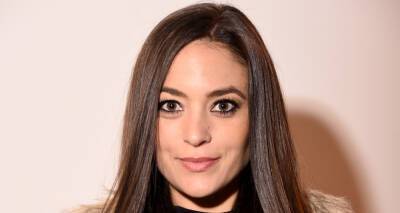 thesun.co.uk
28.11.2021 / 03:12
80%
418
Strictly fans hot under the collar as they call AJ and Kai’s saucy routine ‘sexiest ever’ after they ‘confirmed romance’
STRICTLY Come Dancing fans were left hot under the collar as they called AJ Odudu and Kai Widdrington's routine tonight the sexiest in the show's HISTORY. It comes just days after the pair seemingly "confirmed their romance" when 33-year-old AJ liked a cheeky tweet about them "getting it on".
Strictly Come Janelle Monae Kai Widdrington show dance love

thesun.co.uk
28.11.2021 / 03:12
83%
917
Coleen Rooney ‘fears she can’t win Wagatha Christie court battle but is refusing to back down’
The libel battle between Coleen Rooney and Becky Vardy - dubbed Wagatha Christie - is set to kick off next April, and neither side show any sign of backing down. Now The Sun can reveal that Coleen, 35, has shared concerns with friends that her evidence against 39-year-old Becky might not be enough for her to win.
Coleen Rooney Becky Vardy show reports Party

thesun.co.uk
28.11.2021 / 03:11
67%
899
I’m A Celeb ‘made huge mistake’ with compilation episode after show was cancelled as fans all say the same thing
I'M A Celebrity… Get Me Out Of Here! "made a huge mistake" by airing a compilation episode tonight after the show was cancelled, fans have claimed. Viewers all have the same complaint after tuning in at 9pm for the special, which was put together after Storm Arwen forced ITV to scrap this weekend's new episodes.
Storm Arwen film show Compilation

thesun.co.uk
28.11.2021 / 03:11
56%
623
Joey Essex and Liberty Poole look cosy as they bump into each other at showbiz party
JOEY Essex and Liberty Poole were spotted looking rather cosy as they revelled in a night of food, cocktails and bowling during a Friday night bash in London. Former TOWIE star Joey and the Love Island beauty looked more than happy to have a slew of photographs together as they enjoyed an evening at a Skinny Tan event in the capital.
Joey Essex London city Essex county Liberty stars Pool Party

thesun.co.uk
28.11.2021 / 03:11
55%
621
I’m A Celeb’s ravaged set ‘looks like a bomb’s hit it’ as show is cancelled after ‘terrified’ crew are ‘blown from feet’
I'M A Celebrity… Get Me Out Of Here!'s set "looks like a bomb has hit it" as the show is cancelled for the next two nights. The "terrified" crew have struggled at the hands of Storm Arwen at Gwrych Castle in Wales, causing a whole manner of problems.
Storm Arwen show Celebrity 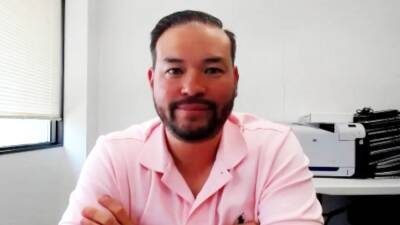 etonline.com
28.11.2021 / 03:03
90%
212
Jon Gosselin Hospitalized After Venomous Spider Bit Him While He Was Sleeping
Jon Gosselin had to go to the hospital after a gnarly bite from a dangerous spider.The former  star told  that a venomous brown recluse spider bit him about a week ago, causing him to get cellulitis, a bacterial skin infection, which led to his leg swelling up to twice its normal size. Gosselin believes the bite happened while he was asleep in his Pennsylvania home.
Jon Gosselin Pennsylvania hospital Health
Load More News
Sources