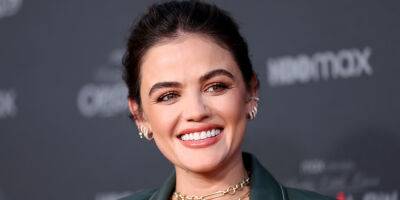 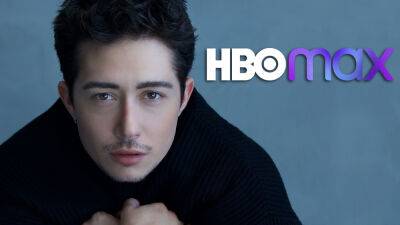 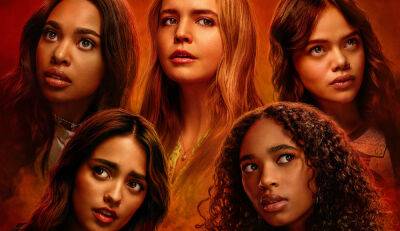 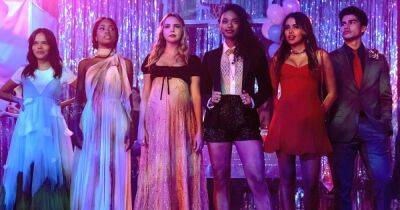 Every Connection to ‘Pretty Little Liars’ in the ‘Original Sin’ Reboot

Keeping the mystery alive! Over the years, the Pretty Little Liars franchise has engrossed fans with complex secrets, murders and shocking reveals. 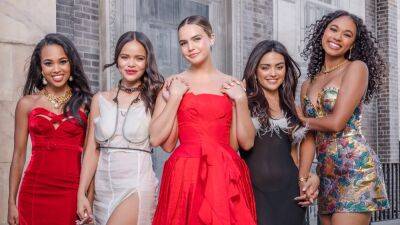 By Pretty Little Liars: Original Sin, on HBO Max, may be a sequel series to PLL, but it's far removed from the tony Rosewood of the original. Where the first was a soapy mystery cut with humor and romance, the much-anticipated sequel leans closer to teen drama meets slasher. 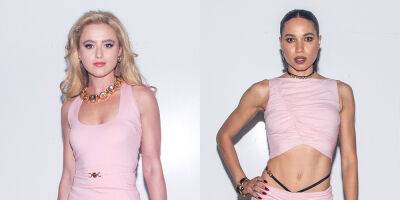 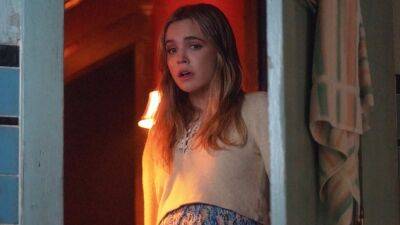 , a mysterious “Assailant” torments a new set of “Liars” nearly 20 years after a series of tragic events nearly destroyed the blue-collar town of Millwood. According to the streaming platform, “this dark take on the teen melodrama introduces a new generation of Liars who are tormented by A — a masked killer hellbent on punishing them for the sins of their mothers, as well as their own.”Written by teen thriller experts Roberto Aguirre-Sacasa and Lindsay Calhoon Bring, the latest  spinoff stars Bailee Madison, Chandler Kinney, Zaria, Malia Pyles and Maia Reficco as the titular Liars while also featuring Mallory Bechtel, Sharon Leal, Elena Goode, Lea Salonga, Eric Johnson and Alex Aiono.“I’m excited to take the foundation that they built and introduce our show to everyone, ‘cause it’s a completely different kind of universe you get to be absorbed into,” Madison told ET about the new series, revealing working on the show has “been a labor of love.” will debut its 10-episode season on Thursday, July 28, with three episodes. Two new episodes will follow on August 4 and 11, with the final three episodes debuting August 18. 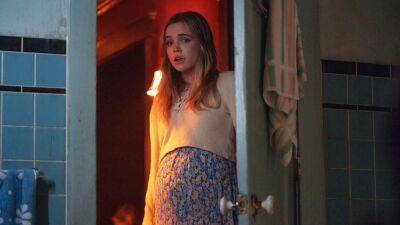 trailer above. Madison stars alongside Chandler Kinney, Zaria, Malia Pyles and Maia Reficco (who play the new generation of Liars). 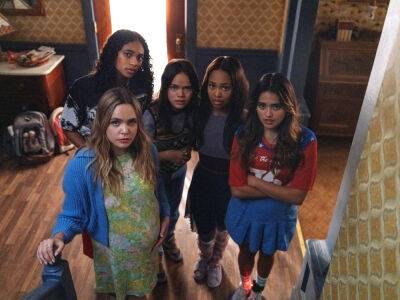 ‘A’ Is Back in ‘Pretty Little Liars: Original Sin’ Trailer

Wilson Chapman editorA new generation of liars are up to no good in the first trailer for “Pretty Little Liars: Original Sin,” premiering on HBO Max this summer.A sequel to the popular 2010 ABC Family/Freeform teen drama “Pretty Little Liars,” itself based on Sara Shepard’s book series of the same name, “Original Sin” follows the chronology of the original show, which ran for seven seasons and 160 episodes, but focuses on a completely new set of teenagers in a new town — the blue-collar Millwood, Pa.Bailee Madison, Malia Pyles, Maia Reficco, Chandler Kinney and Zaria play the five main characters: Imogen, Minnie, Noa, Tabby and Faran, a group of friends tormented by “A” — an anonymous identity assumed by villains in the original series. Whereas the As from the original series harassed the girls with their personal secrets, this A is going after the friend group for the mistakes their mothers committed while they were in high school. 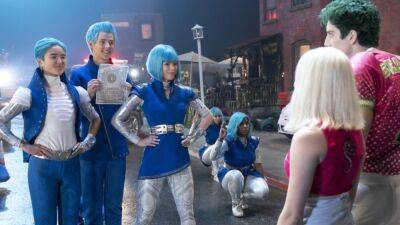 Zombies 3,” the third film in the “Zombies” franchise that will premiere July 15 on the streamer. A special “Lost Song” version of the movie will air on Disney Channel on Aug. 12.“Zombies 3” stars Milo Manheim and Meg Donnelly as zombie Zed and cheerleader Addison, respectively, who are beginning their senior year at Seabrook High in a town that’s home to both monsters and humans. 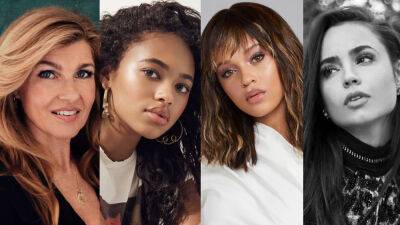 Jennifer Maas TV Business WriterThe 2022 Women in Entertainment Summit has added several notable speakers to its lineup, including Connie Britton (“The White Lotus”), Sofia Carson (“Feel the Beat,” “Descendants”), Chandler Kinney (“Pretty Little Liars: Original Sin”) and Reign Edwards (“The Wilds”), Variety has learned exclusively.The actresses will all participate in fireside chats at the June 22 event, which marks WIE’s first summit since 2019 and its sixth overall.As Variety first reported earlier this week, the 2022 WIE summit’s panel topics include “how creatives keep a beloved story relevant to up and coming audiences, how media companies are expanding their offerings to meet the needs of today’s consumers, how to negotiate deals within the IP and talent rights space, and much more.” Previously announced speakers for Women in Entertainment Summit 2022 include Paul Feig, Karen Pittman and Alexandra Shipp, among dozens of other executive producers, writers, executives and stars from within the entertainment and media industries.This edition of WIE will be held at the Skirball Cultural Center in Los Angeles, California on June 22.Founded by Renee Rossi (Relativity Ventures) and Gretchen McCourt, WIE aims to bring together women and men who are “dedicated to celebrating the empowerment of women in all areas of the entertainment industry.”“Our mission is and always has been to share knowledge from incredible women who have built successful businesses in the world of entertainment and media,” Rossi said when the return of WIE Summit was revealed. 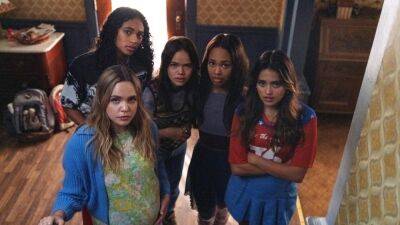 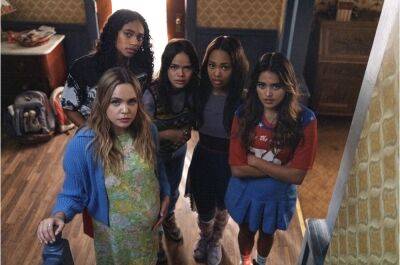 The next evolution of the Pretty Little Liars franchise is about to drop on HBO Max. 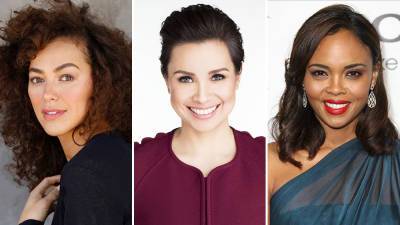 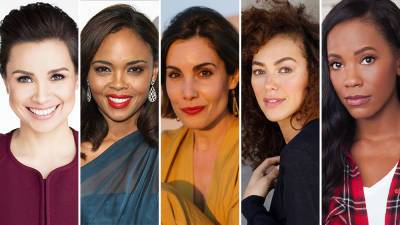 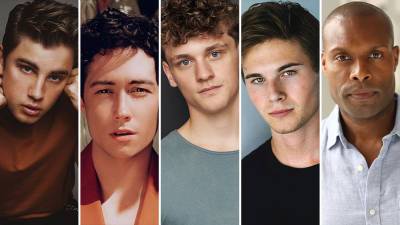 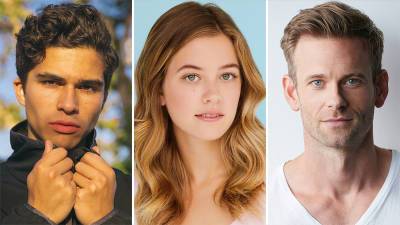 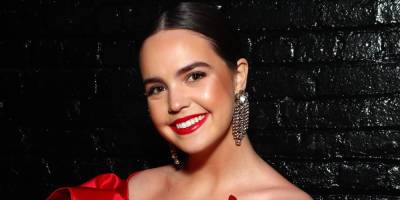 The upcoming reboot of Pretty Little Liars on HBO Max has found its next star – Bailee Madison. 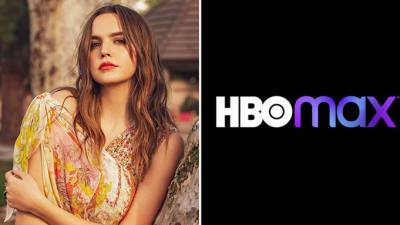 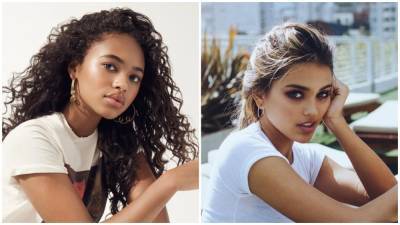 Joe Otterson TV ReporterThe HBO Max reboot of “Pretty Little Liars” has found its first two cast members.Chandler Kinney and Maia Reficco have both been cast in the series, which is titled “Pretty Little Liars: Original Sin.” In addition, Lisa Soper has come onboard to direct the first two episodes of the series.Twenty years ago, a series of tragic events almost ripped the blue-collar town of Millwood apart. 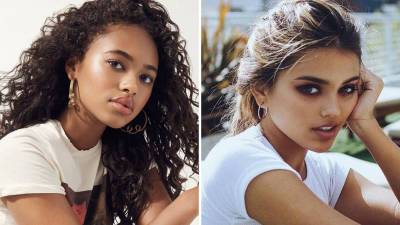 What about having some fun reading the latest showbiz news & updates on Chandler Kinney? Those who enter popstar.one once will stay with us forever! Stop wasting time looking for something else, because here you will get the latest news on Chandler Kinney, scandals, engagements and divorces! Do not miss the opportunity to check out our breaking stories on Hollywood's hottest star Chandler Kinney!