A woman on vacation in Hawaii was reportedly killed and eaten whole by a “large tiger shark” earlier this month while she was snorkeling off a Maui beach with her husband.

Kristine Allen was a 60-year-old woman from Bellingham, Washington who had been enjoying a Maui vacation with her husband, Blake Allen, in early December. The duo was doing things Kristine was excited about trying, including taking surfing lessons and spending time in the ocean.

But on December 8, something horrible happened. While Kristine and Blake were snorkeling about fifty yards off the coast of Keawakapu Point in South Maui, they became separated. Blake couldn’t find his wife in the water, and frantically began searching for her. At the same time, people on the beach noticed a tiger shark swimming nearby within a large pool of red-stained water. The shark was seen feeding on something in that area of the ocean.

Related: Julia Fox Reveals Machete Attack On Her Birkin Bag Was By ‘A LOVED ONE’!

After he returned to shore, Blake confirmed that he’d seen a “large shark” swim by several times. Horrified, he attempted to leave the area, but he could no longer find his wife. Immediately, the US Coast Guard and the Maui Fire Department were called to the scene. They used both ski and water searches to look for Kristine. Sadly, after about 40 hours of searching, they called it off after being unable to find the woman. They did eventually recover a snorkel set and part of a bathing suit.

In a press conference on December 9, Hawaii Department of Land and Natural Resources officials concluded Allen was “likely eaten by a shark.” They came to that conclusion after interviewing multiple witnesses who reported they saw a tiger shark feeding in the area where she

Tags: reports love Waters USA Hawaii Indiana state Washington county Allen
See showbiz news on perezhilton.com
The website popstar.one is an aggregator of news from open sources. The source is indicated at the beginning and at the end of the announcement. You can send a complaint on the news if you find it unreliable.
Related news and gossips 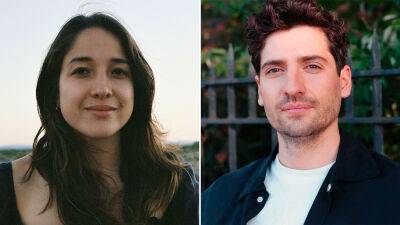 EXCLUSIVE: Alejandra Vasquez and Sam Osborn, the directors behind the Sundance-bound feature documentary Going Varsity in Mariachi, have signed with WME.

Jonah Hill opted for casual comfort donning shorts and flip flops alongside his stylish girlfriend, Olivia Millar, as the couple enjoyed a shopping outing to a children's store called Kokonut Kids in Hawaii on Tuesday. The talented comedian, 39, has been publicly seen with the business owner since last year in August. The 21 Jump Street actor, who recently cut down on media appearances, will jump back onto the screen later this month in Netflix's upcoming film, You People, which also stars Eddie Murphy.   Relaxing getaway: Jonah Hill, 39, and his girlfriend, Olivia Millar, were spotted during a shopping outing in Hawaii at Kokonut Kids on Tuesday For the daytime outing, Jonah slipped into a pair of colorful, teal shorts along with a short-sleeved, plain white T-shirt from Hobie Surf Shop that gave a glimpse of tattoos on both of his arms. The talented actor, who recently celebrated his birthday last month in December, additionally donned a pair of flip flops that coincided with the color scheme of his shorts.  He threw on an eye-catching, orange cap with The Vitamin Barn printed on the front, which is a local shop and eatery located in star-studded Malibu. The Wolf Of Wall Street star accessorized his look with a simple black watch on his left wrist to help him keep track of time during their shopping trip as they explored the tourist destination.  Taking in the sights: The couple, who were spotted together last year in August, explored the tourist destination to kick off their Tuesday  Keeping it casual: The Superbad star opted for a pop of color to his ensemble for the day, wearing teal shorts along with a vibrant, orange cap to cover his locks Olivia, who walked closely by Jonah's side, also showed off her own sense 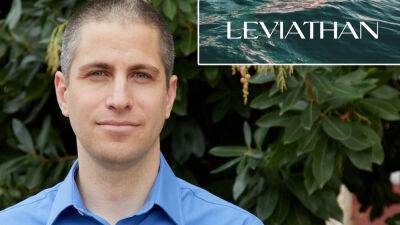 EXCLUSIVE: Isaac Katz has been appointed as Vice President of Production at Leviathan Productions, the independent production company launched last fall that focuses on creating premium film and TV content based on Jewish stories. 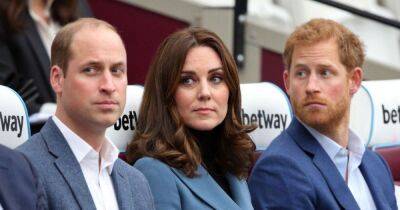 The royal family have broken their silence after Prince Harry's two television interviews aired last night - to send the Princess of Wales a special birthday message. 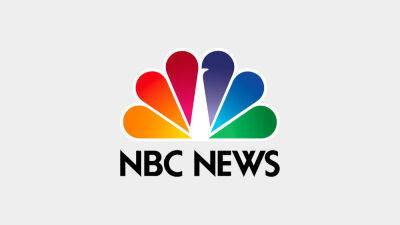 Camille Vasquez, who gained notoriety as one of Johnny Depp’s lawyers in his defamation case against ex-wife Amber Heard, has joined NBC News as a legal analyst. 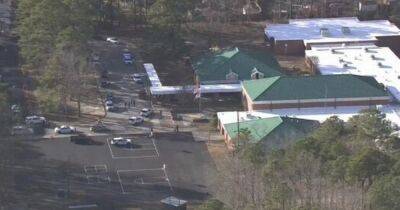 A six-year-old boy has been taken into custody after reportedly using a firearm to intentionally shoot his teacher who has been left critically injured. Abby Zwerner, 25, is believed to have been left with life-threatening injuries as a result of the shooting which took place at around 2pm on Friday January 6 in Richneck Elementary School in Newport News, Virginia.

Terminator actor Earl Boen dies at 81: The Hollywood vet passed away in Hawaii

Hollywood actor Earl Boen has died at the age of 81, it was shared on Friday.A family member told TMZ the actor passed away the day before while in Hawaii. The cause of death was not shared with the outlet.The actor was diagnosed with stage four lung cancer in the fall of 2022, according to a friend of Boen’s, Variety reported. The star appeared in many installments of The Terminator franchise with Arnold Schwarzenegger and Linda Hamilton - The Terminator (1984), Terminator 2: Judgment Day (1991) and Terminator 3: Rise of the Machines (2003).

On the television side, Boen portrayed Rev. Lloyd Meechum in the 1980s sitcom Mama’s Family.He guest starred on several series, including Great Performances, The Streets of San Francisco, Hawaii Five-O and Wonder Woman to name a few.As a voice actor, he was known for voicing such characters as Mr Bleakman in Clifford the Big Red Dog and Señor Senior Sr.

NICOLE Scherzinger has shown off her unbelievable body while dancing around in a bikini in Hawaii. The Pussycat Dolls star is no stranger to a stunning bikini shot, and this time was no different as the star 44-year-old star danced on a balcony. 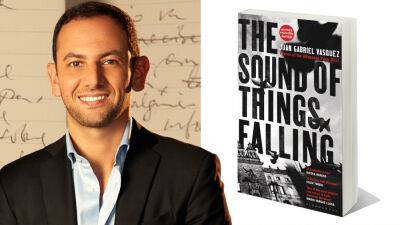 EXCLUSIVE: Alibi Media has snapped up film rights to Juan Gabriel Vásquez’s acclaimed 2014 novel The Sound of Things Falling, tapping House of Gucci screenwriter Roberto Bentivegna to direct the project as his first feature, from his own script.

died following a cancer battle, according to her publicist Roger Neal.The star, who was responsible for a number of hits in the 1970s and '80s with her sibling group, died in Los Angeles on New Year's Eve.The famous songstress was surrounded by family at the time of her death, which came just two years after her sister and group co-founder Bonnie Pointer, who died in 2020.  “While we are deeply saddened by the loss of Anita, we are comforted in knowing she is now with her daughter, Jada and her sisters June &amp; Bonnie and at peace,” her family shared in a statement. “Heaven is a more loving, beautiful place with Anita there.“She was the one that kept all of us close and together for so long. “Her love of our family will live on in each of us,” the statement concluded, before requesting that fans respect her family's privacy.The Pointer Sisters formed when Bonnie and June Pointer started performing in clubs in 1969. Their sister Anita soon joined them and the group became a trio, before sister Ruth Pointer expanded the band into a quartet in 1972.The band rose to prominence in the 1970s, but had its greatest commercial success in the 1980s.At around this time, founding sister Bonnie pursued a solo career, while June, Ruth, and Anita continued performing as a trio.The group are best remembered for such hits as 1984’s I’m So Excited and Grammy-winning song Jump (For My Love). They also won a Grammy for their song Automatic, and their other top 10 hits included 1979’s Fire, 1980’s He’s So Shy and 1985’s Neutron Dance. The group took home their first Grammy Award in 1975 for Best Country Vocal Performance for their track Fairytale.Altogether, The Pointer Sisters have had 13 US top 20 hits between 1973 and 1985.They also

Andrew Shue's son Nate shared a family portrait on Wednesday without his stepmom Amy Robach, following the news of her romance with co-anchor TJ Holmes. The photo featured him with his dad, 55, as well as brothers Aidan and Wyatt, as they sat together on an outdoor sofa looking somber. Meanwhile Amy, 49, and Holmes, 45, are currently enjoying an intimate New Year's Eve break in Miami, Florida.'RIDERS ON THE STORM.

Piers Morgan fans were left stunned after his Twitter account began sending out abusive messages including a slur against the Queen. The 57-year-old’s feed also featured a shocking tweet calling Ed Sheeran a “ginger p****” in the early hours of Tuesday morning. 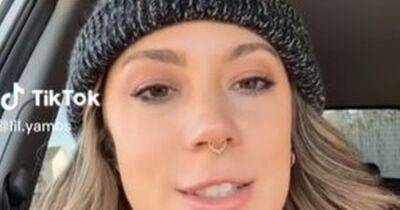 Teacher left baffled by school's 'insulting' Christmas gift to her

Most Christmas gifts are gratefully received by teachers as they are rewarded for their hard work and dedication to the kids at the end of the year. However, one disgruntled teacher has shared the very strange present she received from the school she works in which has made her feel everything but festive, the Mirror reports. 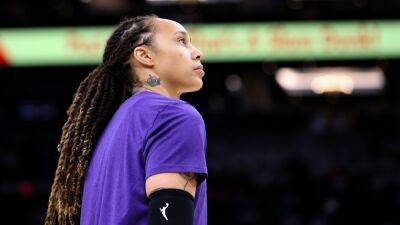 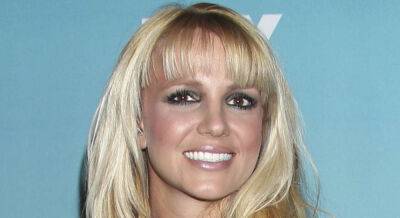