Setting the record straight. Shortly before Toni Collette and Dave Galafassi’s separation announcement, the drummer was photographed making out with another woman. Now, they are clearing the air about the breakup timeline.

“After a substantial period of separation, it is with grace and gratitude that we announce we are divorcing,” the Pieces of Her alum, 50, edited her Instagram statement on Thursday, December 8.

Collette and the 44-year-old drummer initially announced one day earlier that they had called it quits after nearly 19 years of marriage.

“It is with grace and gratitude that we announce we are divorcing,” the Unbelievable actress wrote via Instagram on Wednesday, December 7. “We’re united in our decision and part with continuing respect and care for each other. Our kids are of paramount importance to us and we will continue to thrive as a family, albeit a different shape.”

The statement concluded: “We’re thankful for the space and love you grant us as we evolve and move through this transition peacefully. Big thanks, Toni Collette and David Galafassi.”

Collette’s Thursday tweaks kept the bulk of their original joint message intact, merely adding that they had a “substantial period of separation” before deciding to break up.

Before the estranged couple — who share two children — announced their split, Galafassi was spotted packing on the PDA with an unidentified lady while swimming in the ocean in photos published by the Daily Mail on Wednesday. Neither the Fun Mom Dinner star nor Galafassi have publicly addressed the photos.

Collette and the Lucky Them actor tied the knot in January 2003, before going on to expand their brood. The former couple shares daughter Sage, 14, and son Arlo, 11.

“I have lived in so many

Tags: Toni Collette Instagram drummer love
See showbiz news on usmagazine.com
The website popstar.one is an aggregator of news from open sources. The source is indicated at the beginning and at the end of the announcement. You can send a complaint on the news if you find it unreliable.
Related news and gossips

FORMER Love Island star Millie Court travelled in style to Dubai on her 14th holiday of 2022. The media personality and her best friend and flatmate Chloe Burrows jetted off to Dubai for a boozy girls trip. Millie, took to her social media as she celebrated the festive period with her fellow Love Island co-star.

Hilary Duff gets a 'makeover' from her daughter Mae James 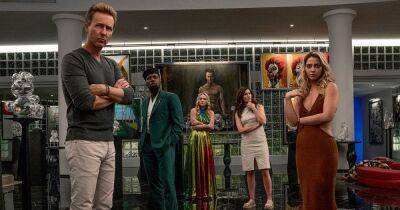 ‘Knives Out 3’: Everything to Know So Far About Benoit Blanc’s Next Mystery

The first movie, which was released in 2019, explored the death of renowned writer Harlan Thrombey (Christopher Plummer) and how his wealthy, dysfunctional family may have played a role in his demise. Viewers watched as detective Blanc (Daniel Craig) worked together with Marta Cabrera (Ana de Armas) to solve the murder — as the nurse secretly tried to cover up her own involvement. 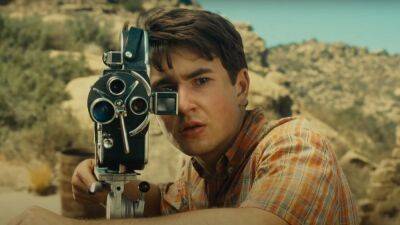 In today’s episode of The Discourse, host Mike DeAngelo puts on his tin foil hat to sit down and talk sci-fi with one of the genre’s most beloved figures, David Duchovny (“The X-Files,” “Californication,” “Twin Peaks”). The actor/writer/director is currently out promoting a couple of projects dropping around the same time. 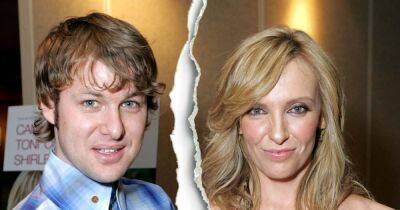 It’s over. Toni Collette and her husband, David Galafassi, have separated after 19 years of marriage.