The pair can be seen clad in blue dressing gowns, with Shirley sporting chic lounge trousers underneath. Yet as Motsi's robe started to undo of its own accord, it became clear she had nothing on underneath.

As her presenter pal burst into giggles, Motsi looked straight at the camera as she squealed: "I'm naked guys! "They haven't seen this in the UK, the whole of Africa!" before the clip played out. READ MORE STRICTLY COME DANCINGbah humbug Strictly Christmas special shock as winner leaks online before show airsDANCING QUEEN Strictly Come Dancing's Shirley Ballas emotional tribute to her mum Shirley captioned the section of the video as a "Dressing gown malfunction," before tagging Motsi's account.

One fan commented: "Omg Motsi is hilarious!!!" A second put: "Oh Shirley you and Motsi are a right pair. You make me laugh so much

.
Tags: Shirley Ballas Motsi Mabuse Strictly Come BBC show dance Britain
See showbiz news on thesun.co.uk
The website popstar.one is an aggregator of news from open sources. The source is indicated at the beginning and at the end of the announcement. You can send a complaint on the news if you find it unreliable.
Related news and gossips

“Which is a huge and important subject in our community! Colorism !!!” (sic)Judi agreed: “Trust me!!! Colourism is real!“At least she was honest about it… Because it really does exist.” (sic)The final three episodes of Harry and Meghan were released on Netflix today with teasers for the second half of the series suggesting more incendiary claims as the couple discuss why they stepped down from royal duties.The impactful trailer shows Prince Harry saying: “I wonder what would have happened to us had we not got out when we did.”  Meghan then explains: “Our security was being pulled; everyone in the world knew where we were...I wasn’t being thrown to the wolves, I was being fed to the wolves.” Harry can also be heard blasting “institutional gaslighting” and claiming there were lies made “to protect my brother [Prince William]”. The first half of the docuseries saw the pair reveal how they first crossed paths and they unveiled intimate details about how their relationship came to be.In the second episode, Harry slammed the Royal Family after he claimed they felt Meghan did not need protection despite racist coverage in the press during the early stages of their relationship. He claimed: “The direction of the palace was 'don't say anything', but what we were trying to understand is, as far as a lot of the family were concerned, everything she was being put through, they had been put through as well. "Some of the members of the family were like, 'Well my wife had to go through that, so why should your girlfriend be treated any differently? Why should you get special treatment? Why should she be protected?’ “I said the difference here is the race element."Meghan also divulged her “jarring” first meeting with the Prince and 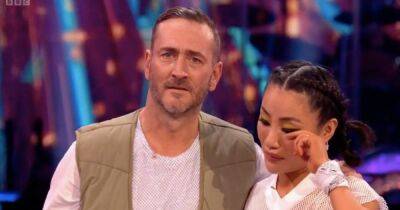 Motsi Mabuse, 41, has fired back at criticism about the way she handles her judging duties on Strictly Come Dancing.The BBC star gave a witty response to one unimpressed viewer, who complained that she “never gives any advice or criticism”.Yesterday, Twitter user Denolzio asked: “Is there any reason why Motsi is on Strictly? “She never gives any advice or criticism and everything is wonderful and great according to her.”Motsi hit back at the suggestion in view of her 81,600 followers, giving an answer that was dripping in irony. “Never. Just to tick that box, you know?” she wrote with a string of laughing emojis.“…Oh dancing I learned from YouTube videos in Africa with the lions and cheetahs!” Motsi continued teasingly. Motsi’s followers took to the comments section to send messages of support to the professional dancer. “Is this person even watching the show properly?” asked Davinia.

Strictly, Bake Off and Love Island top list of stress-busting TV shows – is your favourite on there?

LOVE Island, The Great British Bake Off and Strictly Come Dancing are among the top TV shows to turn to when feeling stressed. A poll of 2,000 adults found Friends, Killing Eve and Sex and the City were also among the top 20 feel-good programmes that help people relax.

STRICTLY Come Dancing pro Carlos Gu broke down in tears after winning his highest score of the series. The dancer sobbed into partner Molly Rainford's arms following their Charleston to the song Hot Honey Rag from Chicago. The pair's upbeat performance received a rare standing ovation from judges Shirley Ballas and Motsi Mabuse after they kicked off tonight's live quarter final.

STRICTLY Come Dancing star Oti Mabuse rakes in a whopping £2million through two secret side hustles that aren’t mentioned on TV. The 32-year-old dancer has banked an impressive £1.5million from her TV, media and advertising work in the last year.

CHARLENE White has revealed that she and Sue Cleaver were forced to strip naked in front of Boy George and Jill Scott. The star returned to Loose Women today following her stint on I’m A Celebrity and shed some light on some of the secrets from this year’s show.