St. Vincent and Joe Manganiello were ready to rock on Friday night when they attended Metallica's star-studded charity concert in Los Angeles.The three-time Grammy winner, 40, and the Magic Mike star, 45, led a whole host of famous rock fans as they arrived at the Microsoft Theatre for Metallica Presents: The Helping Hands Concert.Hosted by future Oscars emcee Jimmy Kimmel, the third annual charity concert raised money for the All Within My Hands Foundation, which aims to create 'sustainable communities by supporting workforce education, the fight against hunger, and other critical local services,' according to its website.   Ready to rock: St.

Vincent, 40, and Joe Manganiello, 45, were ready to rock on Friday night when they attended Metallica's star-studded charity concert in Los Angeles. The three-time Grammy winner and the Magic Mike star led a host of famous rock fans as they arrived at the Microsoft Theatre for Metallica Presents: The Helping Hands ConcertSt. Vincent was a chic goth queen in a black blazer minidress and python platform heels.  Fishnet tights sheathed her legs while a gold ball and matching padlock hung at the center of her neck. The Pay Your Way In Pain songstress sported dark lips for an Elvira-esque look when it came to her makeup.Blue eyeshadow accented her green eyes and she wore her raven hair in a severe bob.Born Anne Erin Clark, the acclaimed singer-songwriter showed up to the event solo, as did Joe Manganiello, who arrived without his bombshell wife Sofia Vergara, 50.

Chic goth queen: St. Vincent was a chic goth queen in a black blazer minidress and python platform heels Elvira-esque: The Pay Your Way In Pain songstress sported dark lips for an Elvira-esque look when it came to her makeup.

.
Tags: Jimmy Kimmel Sofia Vergara Joe Manganiello Rock concert sports Los Angeles Los Angeles
See showbiz news on dailymail.co.uk
The website popstar.one is an aggregator of news from open sources. The source is indicated at the beginning and at the end of the announcement. You can send a complaint on the news if you find it unreliable.
Related news and gossips

Netflix has canceled the mystery thriller 1899, the show's creators Jantje Friese and Baran bo Odar said in a joint statement on Instagram Monday.'With a heavy heart we have to tell you that 1899 will not be renewed,' they said. 'We would have loved to finish this incredible journey with a 2nd and 3rd season as we did with Dark. 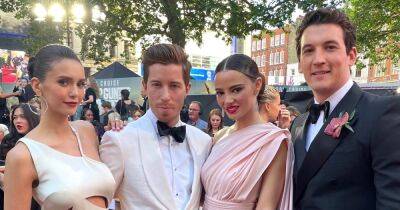 Nina Dobrev and Shaun White’s Star-Studded Double Dates With Their Celebrity Friends Over the Years: From Paul Wesley to Miles Teller

Star-studded friendships. Nina Dobrev and Shaun White have formed friendships with many fellow A-listers over the years — and they have taken their fans along for the ride.

Sofia Vergara cozies up to Joe Manganiello in sweet snaps ahead of 2023: 'Waiting for the new year!' 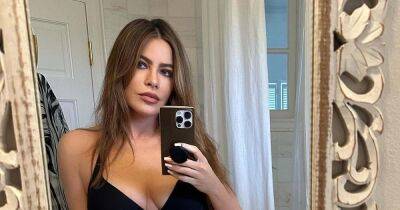 A total knockout! Sofia Vergara showed off her hot body while celebrating the holidays on an island.

A MAJOR US rock star has been diagnosed with stage four cancer - as his mum revealed he was "hanging in there". Modest Mouse drummer Jeremiah Green was dubbed "strong and brave" by his mum Carol, who asked for fans to send "healing vibes" for him to get better.

LIAM GALLAGHER celebrated Christmas Day in style with his fiancée Debbie Gwyther. The former OASIS rocker hired the rooftop at London private members’ club The Ned for a boozy festive knees-up with his nearest and dearest. And to make sure they were suitably well oiled, insiders told me The Ned called in extra kegs of Guinness and bottles of port. 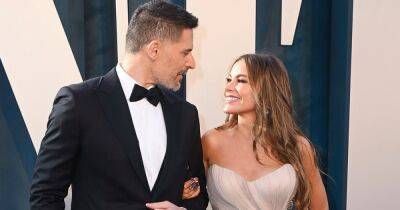 Stacey Solomon, 33, is head over heels in love with her former EastEnders star husband Joe Swash - but she has confessed that, as the pair lead increasingly busy lifestyles separately, he doesn't always understand her "mentality".Speaking in a recent interview, the Loose Women panellist explained that the pair are very different people - and they sometimes struggle to spend enough time together as a family.Stacey, who tied the knot with her beau in a fairytale ceremony earlier in the year, admitted: "Joe and I can be like ships passing in the night."When I work he looks after the kids, and when he works I have the kids."We’re very different people but when we strip everything back, what it all comes down to is our family," she told Mail Online.She explained that the pair are also fortunate enough to share the same "core moral values".However, that's about as far as it goes for the couple, who are compatible despite their many differences.The Sort Your Life Out star is relentlessly tidy and very well organised, going as far as to fold her underwear into "tiny squares".She has built a brand out of her obsession with neatness, teaching others to be the same in her book Tap To Tidy: Organising, Crafting &amp; Creating Happiness In A Messy World.Yet Joe feels more "comfortable" if he can shape areas of the house which are left "upside down".Stacey finds calmness in being tidy, even sometimes rising at 1am to clean the house if she gets struck down with insomnia.Her habit began as a young child, when she would even organise her food into separate sections on her plate.She also suffered panic attacks in her youth and found that focusing on a simple task such as tidying would "shut off" her mind when she needed to achieve 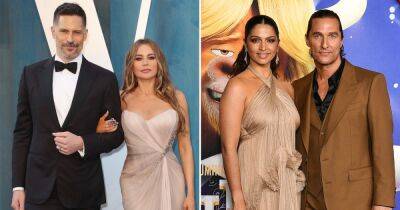 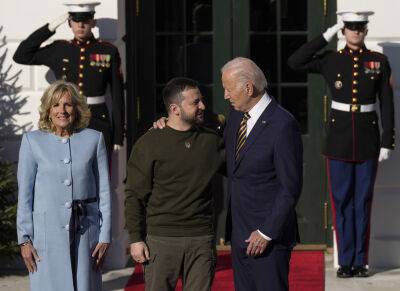 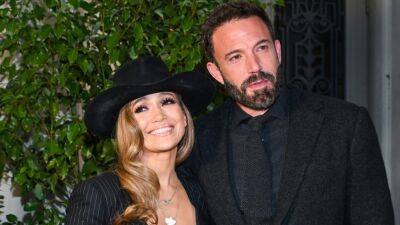 threw an extravagant holiday party at their Los Angeles home, which was attended by , , , and more. According to snaps from the event, which can be seen , the party included pizza and hot cocoa bars, as well as a gingerbread replica of their home, which was decked out in fairy lights. “Ben and Jen have been having so much fun getting ready for Christmas,” a source told . 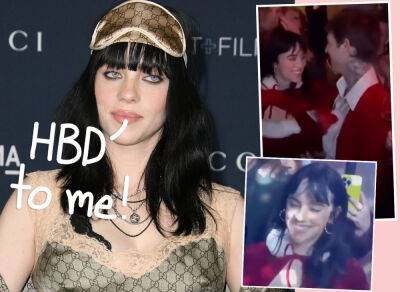 Billie Eilish has that Christmas spirit! 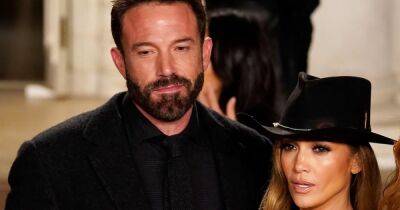 Merry and bright! Ben Affleck and Jennifer Lopez got into the holiday spirit at a star-studded Christmas party with their closest pals.

Billie Eilish got into the festive spirit as she slipped into a sexy Mrs. Claus costume to celebrate her 21st birthday, attended by her boyfriend Jesse Rutherford, former celebrity crush Justin Bieber and his supermodel wife Hailey.While arriving to her bash in a bright red sled, alongside a friend holding a champagne flute, the Bad Guy singer looked blissful as she arrived to at The Edition in West Hollywood with an unidentified buddy on Saturday night. Once inside, the seven-time Grammy winner packed on the PDA with her 31-year-old beau, who couldn't keep his hands off her as they kissed on the dance floor before her loved ones gathered to sing her Happy Birthday.

Kendall Jenner and Hailey Bieber got edgy in a photo booth as they playfully posed with middle fingers up on Saturday night when the pair attended Billie Eilish's star-studded 21st birthday. Jenner, 27, and Bieber, 26, looked like they were having an absolute blast taking the black-and-white photos, which they both posted to their Instagram Stories. Kendall also posted some sultry sepia shots of herself on Sunday, capping off a busy weekend for the supermodel as she celebrated her nephew's epic 13th birthday on Saturday night as well.  Happy Birthday Billie! Kendall Jenner, 27, and Hailey Bieber, 26, posed up a storm together in a photo booth on Saturday night when the pair attended Billie Eilish's star-studded 21st birthday in West HollywoodLooking glamorous like always, Jenner and Bieber joined Eilish in West Hollywood for her holiday-themed birthday bash.  The two stunners took to the black-and-white photo booth and embraced their silly side. Joining Kendall and Bieber for photos was their friend Jesse Jo Stark, 31. The three friends ran through the typical array of classic photo booth looks, flashing cheesy grins, sticking out their tongues, smooching their lips and flipping off the camera. Eilish's party came on the heels of her Friday night performance at the Kia Forum in Ingelwood, California, where the singing sensation was presented with a cake on stage by her tight-knit family and new boyfriend Jesse Rutherford, 31. 'Want to take shots?' Billie joked from the stage. 'Give me two days. 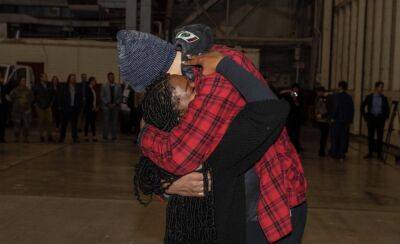