SIMON Cowell fans have all been left saying the same thing after he was spotted looking very different on The One Show. The television personality sat down with Alex Jones and Ronan Keating to promote a new record written by Lucy Spraggan.

Simon, 63, sat down on the sofa beside Lucy, 31, who rose to fame on The X Factor in 2012, to talk about her single Process. The Britain's Got Talent judge smiled wide as he told the hosts he wanted to promote the emotional record, ten years after the singer-songwriter made it to the X Factor final.

However, fans were left distracted by Simon's appearance, as they flooded Twitter to discuss how "different" he looked. Simon has lost four stone in recent years after a lifestyle overhaul that saw him embark on a health and fitness regime.

READ MORE ON SIMON COWELLSI'S DEALER AUDITION Simon Cowell hits phones for charity along with Ant and DecLOVE HURTS Simon Cowell friendship destroyed Sinitta's confidence, says dating expert It's left him looking very different - with a noticeably slimmed down face - and fans couldn't help but notice it. "Simon Cowell looks nothing like his original self," one said, as another added: "Simon who? Don't recognise him." A third wrote: "Is this the same person? Simon Cowell?" as a fourth said: "Can't believe this is Simon Cowell..." A fifth concluded: "I can't stop looking at Simon Cowell..." Most read in TVKID YOU NOT EastEnders legend June Brown's 3 children secretly appeared at her TV funeralGET FLIRTY Amber Gill 'moves on from Jack Grealish and is dating Arsenal player' say fansFAN-TASTIC Britain’s Got Talent announces huge format shake-up for 2023GOOD LORD Bargain Hunt expert shocked as he sets new world record with eye-watering sale Last week, Simon

.
Tags: Simon Cowell Amber Gill Jack Grealish Alex Jones June Brown Lucy Spraggan show record stars Britain
See showbiz news on thesun.co.uk
The website popstar.one is an aggregator of news from open sources. The source is indicated at the beginning and at the end of the announcement. You can send a complaint on the news if you find it unreliable.
Related news and gossips 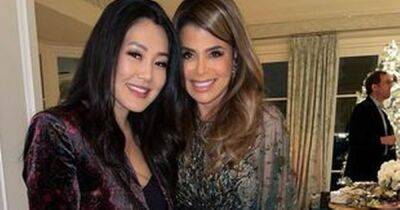 Paula Abdul, 60, unrecognisable as she shows off new 'teenage' look

Paula Abdul looks unrecognisable as she shows off a new look after sharing a series of pictures while out at a Christmas party.

A TOP US popstar and former X Factor judge looked completely unrecognisable as she let her hair down at a lavish showbiz bash. The American Idol judge and Straight Up pop princess, 60, turned heads in a stunning green diamante gown.

Simon Cowell, 63, has made no secret of his passion for pursuing youth in the past, with Botox and fillers having been among his toolkit.

Masterchef: The Professionals in ‘favouritism’ row as fans say it’s obvious who will win on Sunday

DIVERSITY'S Perri Kiely was shocked to hear of David Walliams' exit from Britain's Got Talent and says the show has big shoes to fill. After 10 years tormenting co-star Simon Cowell behind the judging desk, we recently revealed he is leaving the ITV talent show. Dance troupe Diversity will forever be connected to the show after finding fame and winning on its stage in 2009.

BRITAIN'S Got Talent star and veteran entertainer Audrey Leybourne has died aged 95. The singer and actress, who also appeared in shows including Stella and Doctors, is believed to have passed away on Thursday. Her cause of death is currently unclear. 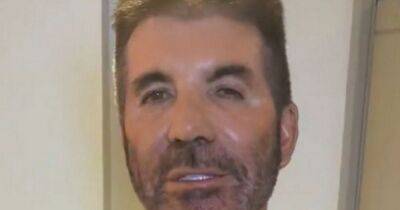 Simon Cowell has sparked concern among fans after sharing a video message for Britain's Got Talent auditions.

SIMON Cowell looked very different after his impressive weight loss as he appeared in a new video. The 63-year-old telly mogul opened auditions for the new series of Britain's Got Talent.