Setlist: The music business review of the year 2022

CMU’s Andy Malt and Chris Cooke review key events in music and the music business from the last year, including the the ongoing economics of streaming debate, the resurgence (or not) of the live music industry, the continued increase in song-theft lawsuits, the growing trend of interpolation in pop, and the licensing of music on social media platforms.

Apologies for the slight sound issues on some of this episode – one of us (naming no names) managed to record themselves through a microphone that wasn’t the one pointing at their face.SECTION TIMES01: Economics of streaming (00:06:47)02: Live industry (00:12:46)03: Song-theft lawsuits (00:18:45)04: Interpolation (00:24:59)05: Licensing on social media (00:32:17)(Timings may be slightly different due to adverts)SUBSCRIBE TO SETLISTListen to Setlist and sign up to receive new episodes for free automatically each week through any of these services…Acast | Amazon Music | Apple Podcasts | audioBoom | CastBox | Deezer | Google Podcasts | iHeart | Mixcloud | RSS | Spotify | Stitcher | TuneInSTORIES DISCUSSED THIS WEEK• Artist remuneration remains a key sticking point as MPs return to the economics of streaming debate (November 2022)• CMA concludes that competition issues are not creating challenges for music-makers in the streaming economy (November 2022)• Goldman Sachs ‘Music In The Air’ report 2022 (June 2022)• Live Nation Q3 2022 results (November 2022)• Santigold cancels US tour: “I will not continue to sacrifice myself for an industry that has become unsustainable” (September 2022)• Animal Collective cancel European shows after concluding that international touring in 2022 isn’t economically viable (October 2022)• Lorde is the latest artist to discuss the challenges of

.
Tags: Chris Cooke show social Music USA city Santigold
See showbiz news on completemusicupdate.com
The website popstar.one is an aggregator of news from open sources. The source is indicated at the beginning and at the end of the announcement. You can send a complaint on the news if you find it unreliable.
Related news and gossips 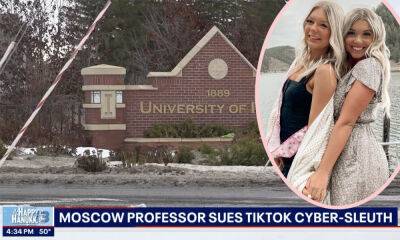 Scream 2 actress Rebecca Gayheart is 51-years-old but seems decades younger.The stunning Jawbreaker star was seen showing off her curves in a one piece swimsuit during a break in Mexico, and she did not disappoint.The star has two daughters with her ex-husband Eric Dane of Grey's Anatomy and Euphoria fame. They are 12-year-old Billie Beatrice Dane and 10-year-old Georgia Dane. 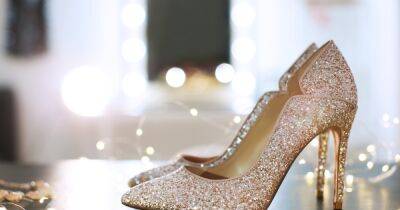 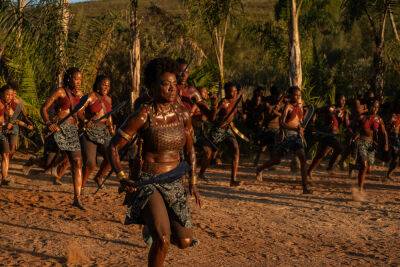 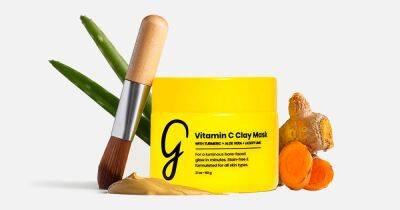 Sea Moss vs. Turmeric for Your Skin

In a year where most consultants felt there was little competition for the 15 film shortlist, well, there wasn’t. The Academy of Motion Picture Arts and Sciences revealed the remaining International Film contenders and it was somewhat predictable. 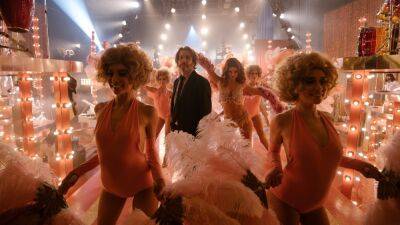 When we originally decided to put together a list of our favourite albums of the year, we agreed on a top ten. But as we actually got to work compiling said list, getting it down to just ten proved completely impossible.There have been so many albums that felt utterly vital this year that we we just couldn’t do it. So here are our 20 favourite albums of 2022 – a number that also felt unfair, but, you know, you have to stop somewhere.Trying to rank them equally feels like a difficult and, for that matter, unnecessary task.

Every Tuesday and Thursday in the CMU Daily we highlight great new artists who we think are deserving of your attention in the CMU Approved column.That’s a whole lot of new music to get your teeth into. As the year has progressed, many of those artists have gone on to wider acclaim, while others are on the verge of bigger things.With the year drawing to a close, and CMU Approved on its festive break, now is a good time to reacquaint ourselves with all of those artists.

It’s the end of another year, so once again it’s time to round up our favourite tracks of the last twelve months. It’s always tough to get this end-of-year playlist down to 40 tracks, but this year it was absolutely agonising.Maybe it’s because this was the year we finally came out of COVID restrictions, but there was a hell of a lot of great music released in 2022. So our starting point was a great deal larger than the final list. 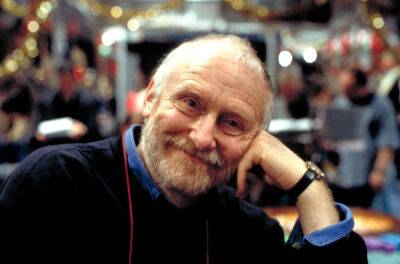 The music business review of the year 2022: Part one

As 2022 draws to a close, we’ve selected ten key events in music and the music business from the last year. The first five here coincide with the final edition of our Setlist podcast for this year, where we also summarise the same stories.So, here and in the podcast, we discuss the ongoing economics of streaming debate, the resurgence (or not) of the live music industry, the continued increase in song-theft lawsuits, the growing trend of interpolation in pop, and the licensing of music on social media platforms.Listen to the accompanying episode of Setlist here.Meanwhile, read on for our write up of each story, and be sure to come back tomorrow for five more. 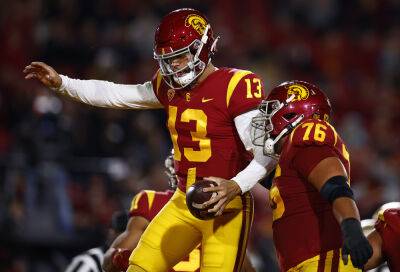 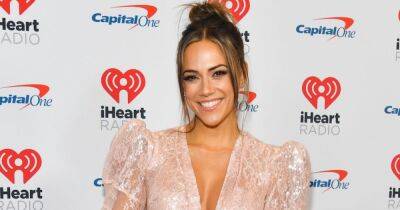 It’s beginning to look a lot like Christmas! Celebrity parents like Jana Kramer, Jenna Dewan, Catherine Giudici and more stars have decked out their little ones in festive pajamas as they get ready to celebrate the holiday season. 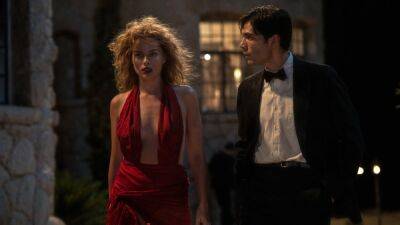 something, and by the end of the three hours and eight minutes of Damien Chazelle’s “Babylon,” viewers will have been exposed to any number of bodily secretions, including urine, vomit and tears.The tears come at the film’s climax, no doubt in the hopes that the audience will follow suit, but of all the aforementioned emittances, they feel the least organic to this bloated, hyperbolized and ultimately dreary extravaganza of decadence and nostalgia.Both a valentine and a poison-pen letter to the American film industry in its infancy, “Babylon” aspires to the grandiosity of “The Last Tycoon” and “The Day of the Locust,” though it more often recalls Ryan Murphy’s embarrassing and wildly ahistorical “Hollywood” miniseries.The film opens with a seemingly endless Hollywood party – it’s the 1920s, and Bel Air is still a nondescript, undeveloped hillside – where we will meet most of the major players: Hero and audience surrogate Manuel Torres (Diego Calva, “Narcos: Mexico”), one of the unfortunate handlers of the incontinent pachyderm, has dreams and ambitions in the nascent film industry. Screen king Jack Conrad (Brad Pitt) loves women and booze, not necessarily in that order. 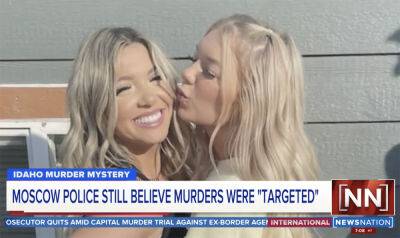 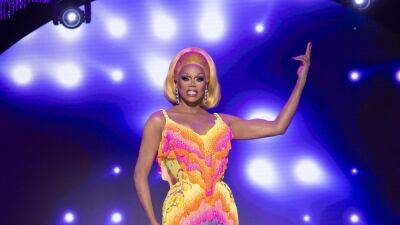 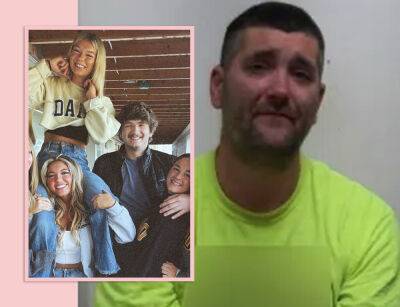 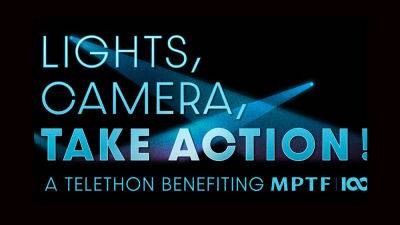 Tonight’s MPTF’s telethon on KTLA raised $858,493 for Hollywood’s 101-year-old charitable organization – exceeding the $750,000 that it had targeted. Jeff Bridges, who was one of the many stars who appeared on the show, noted that the MPTF is in “dire straits” due to the extraordinary Covid-19 expenses it’s racked up over the last three years.