Interesting method: The Wolves hitmaker, 30, shared a clip of herself in a public restroom hunched underneath a hand dryer, as she styled her new tresses New look: 'You gotta do what you gotta do,' she jokingly quipped in the caption Selena still had her brunette tresses while attending Variety's 2022 Hitmakers Brunch on December 3. And earlier this week she was seen rocking her usual chocolate tresses while appearing on the The Tonight Show Starring Jimmy Fallon on NBC.While on the show she revealed her new music will be different from her other 'sad girl songs' 'I'm just so used to writing sad girl songs because I'm good at that, but I'm ready to have some fun,' Selena said. 'And I think people are going to like it.' Chic: Justin Bieber's ex-girlfriend looked chic in a metallic blue top and jeans with rips on the knees Ensuring the right outcome: Throughout the clip she

.
Tags: Justin Bieber Selena Gomez My Mind show LGBT Tiktok
See showbiz news on dailymail.co.uk
The website popstar.one is an aggregator of news from open sources. The source is indicated at the beginning and at the end of the announcement. You can send a complaint on the news if you find it unreliable.
Related news and gossips 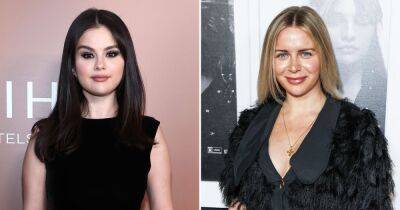 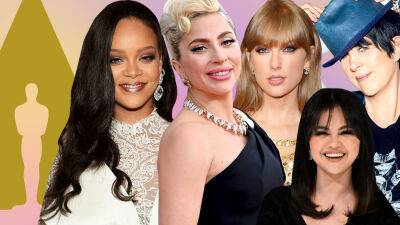 Kim Kardashian uploaded a new funny TikTok video on Saturday that also starred her daughter, North West.The TV personality, 42, offered to assist her oldest child when she spilled some of her drink onto the floor, but the nine-year-old insisted to take matters into her own hands.The mother daughter duo often appear together on the TikTok account called Kim and North, and the two also uploaded a recent, heartwarming clip of North telling the reality star, 'My heart fell in love with you.' Funny clip: Kim Kardashian, 42, uploaded a new hilarious TikTok video on Saturday that also starred her daughter, North West, 9 The clip, which lasted for only six seconds, began with her daughter, North, walking in a spacious room while holding a cup filled with a refreshing drink.  She could be seen wearing a black jersey with the number 75 printed on the front and back, and added silver necklaces to accessorize her casual look. Suddenly, North stumbled, spilling a splash of the drink onto the clean wooden floor. 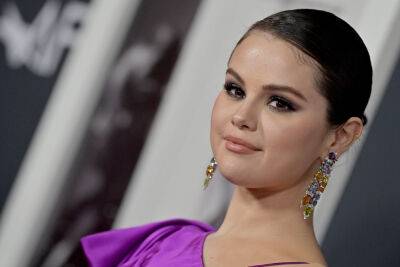 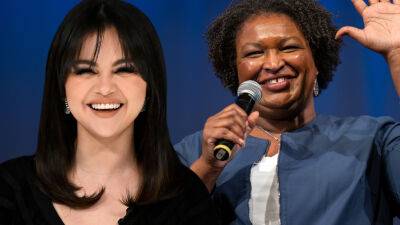 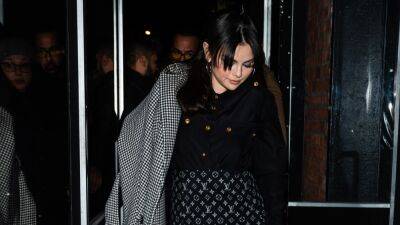 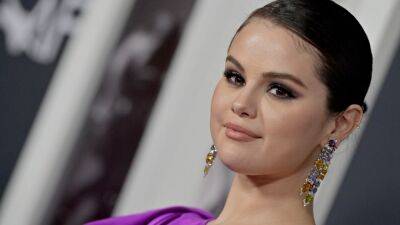 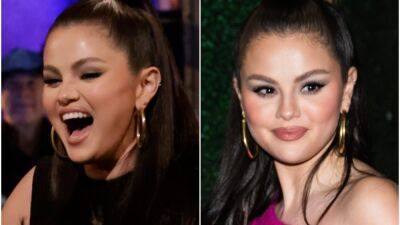 Selena Gomez brings the glitz and glam to SNL after-party 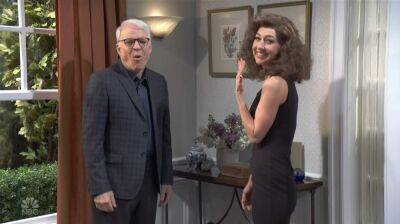 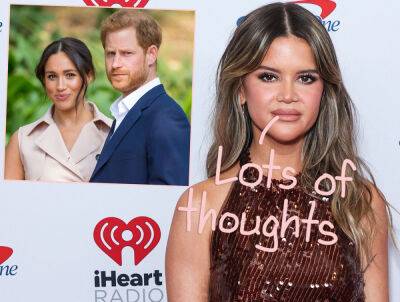 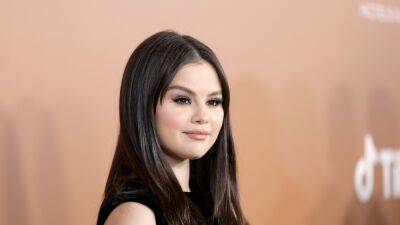 Only Murders In the Building star posted an 8-second TikTok clip of herself with multi-colored drying off underneath an automatic hand dryer in a bathroom while a friend films. The fact that she didn't remove the piece to dry it more effectively could maybe indicate it's the real thing? but like, no, she just didn't want to have to pin it back on.This content can also be viewed on the site it from.Her bell-bottom jeans and the big sleeves on her teal top give off a kinda ABBA vibe, no? “You gotta do what you gotta do” the My Mind And Me star wrote.Commenters were quick to point out the look's similarity to Enid Sinclair, a blonde with colorful streaks from the new Netflix hit Wednesday.