usmagazine.com
‘Bachelor’ Alum Elizabeth Corrigan Comes Out as Bisexual While Celebrating Pride: ‘I Am Queer’
30.06 - 01:27

Sean Penn was among those in attendance on the fifth day of the U.S. Congress’ January 6 committee hearings, surprising onlookers.

Penn, 61, was spotted by cameras during the televised event on Thursday which took place at the U.S. Capitol in Washington, D.C.

The Academy Award-winning actor sat next to former Capitol Police officer Michael Fanone, who resigned from the force after being beaten by the insurrectionist mob at the U.S.

Read more on etcanada.com
Facebook Telegram WhatsApp Viber Twitter Reddit Copy link
All news from etcanada.com
The website popstar.one is an aggregator of news from open sources. The source is indicated at the beginning and at the end of the announcement. You can send a complaint on the news if you find it unreliable. 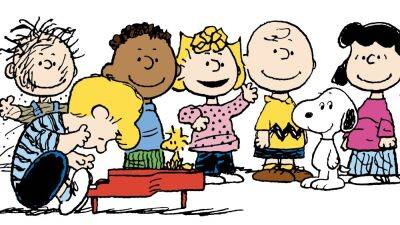 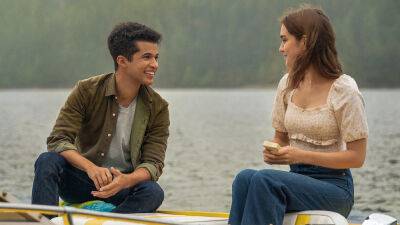 variety.com
06.07.2022 / 07:41
37%
409
‘Hello, Goodbye and Everything in Between’ Review: Netflix’s Teen-Lit Romance Makes Lovefools Out of Two Lovebirds – And Us
Courtney Howard Adapted from the novel by Jennifer E. Smith, director Michael Lewen’s “Hello, Goodbye and Everything in Between” captures adolescent interactions and intelligence through an empathetic lens. But even though this Netflix original doesn’t condescend to its targeted teen audience, it fails to surmount basic issues dealing with narrative credulity and the outcome’s predictability.The story centers on two modern-minded teens who enter a 10-month-long dating compact as an obligatory starter romance, agreeing to break up the night before leaving for college.
Jordan Netflix audience love 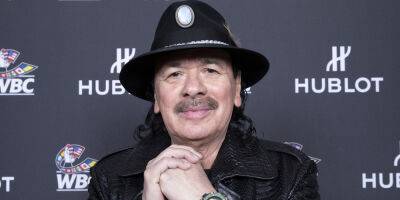 dailymail.co.uk
06.07.2022 / 07:29
90%
257
Thor: Love and Thunder reviews are largely positive
The first wave of reviews are in for Marvel Studios' Thor: Love and Thunder, and while they're largely positive... it's clear many critics thought it was a step back from 2017's wildly-beloved Thor: Ragnarok.Marvel has typically given their major characters three stand-alone movies, but that changed after Thor: Ragnarok ($853 million worldwide, 93% on Rotten Tomatoes) vastly out-performed its predecessors, 2011's Thor ($449 million worldwide, 77% on RT) and 2013's Thor: The Dark World ($644.7 million worldwide, 66% on RT).Box office projections have been strong for Thor: Love and Thunder - with analysts predicting anywhere from $150 million to $200 million, though those expectations may be tempered with lukewarm reviews, with a 72% rating on Rotten Tomatoes.
gossips Waves love

dailymail.co.uk
06.07.2022 / 07:29
43%
715
Zoey Deutch dares to bare her abs in black tube top and zip-up skirt
Zoey Deutch dared to bare her abs at the Giorgio Armani show during Paris Fashion Week on Tuesday.The Set It Up actress, 27, put her defined body front and center in a black top tube as she attended the star-studded fashion show.She looked simply exquisite with her blonde hair styled glossy and straight and a light dusting of bronze blush coating her cheeks. Ab fab!Zoey Deutch dared to bare her svelte physique at the Giorgio Armani show during Paris Fashion Week on TuesdayShe ramped up the glamour with a touch of lip gloss and swipe of eye shadow.Zoey teamed her sexy top with a high-waist skirt with side zipper showing off a hint of her toned legs.
Zoey Deutch Giorgio Armani Paris Fashion Week Lea Thompson Poland show actress stars

dailymail.co.uk
06.07.2022 / 07:29
38%
786
Bella Hadid hits the busy NYC streets with her cellphone pressed to her ear
She's been noticeably absent from the runway at Paris Fashion Week, which kicked off in the City Of Love over the weekend.AndBella Hadid appeared to be in a mad dash on Tuesday afternoon as she ran last-minute errands in New York City.Taking to her Instagram Storry, the25-year-old supermodel documented the seemingly stressful task of getting her passport sorted - which included a call to the U.S. Embassy.
Bella Hadid Gigi Hadid New York Instagram beautiful show 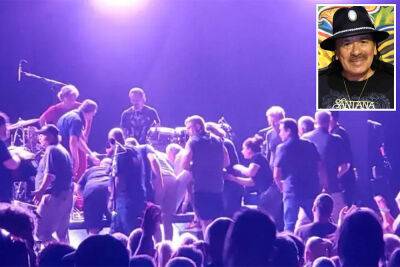 nypost.com
06.07.2022 / 07:21
66%
800
Carlos Santana collapses on stage during Michigan performance
shared by WJBK-TV.Someone on stage reportedly asked the crowd to pray for the legendary Latin rock guitarist due to a “serious medical” issue.The “Smooth” artist was then taken off stage on a stretcher, and was seen waving to the crowd as crew members tried to block the transport with a black sheet, a clip posted to Twitter showed.Santana was overcome by heat exhaustion and dehydration, but was “doing well” later Tuesday night, a representative for the rocker told TMZ.He reportedly felt woozy and sat down in front of the drums early in his set, before collapsing backwards.Santana has performed 32 dates since March 25, according to his website.He reportedly took some time off the road after undergoing an “unscheduled heart procedure” in December, according to Variety.
Carlos Santana city Santana Michigan rock and roll

dailystar.co.uk
06.07.2022 / 07:21
76%
518
Barcelona wonderkid Pedri shows off incredible body transformation in training pics
Barcelona training, with the wonderkid showing off an incredible body transformation.The 19-year-old joined the Catalan giants from fellow Spanish side Las Palmas two years ago and has become a key part of Xavi's side. There are high hopes for the midfielder ahead of the upcoming campaign after a stunning past two seasons.And he has clearly put in the work to make sure that he is able to perform as well as he can.
Spain show performer target 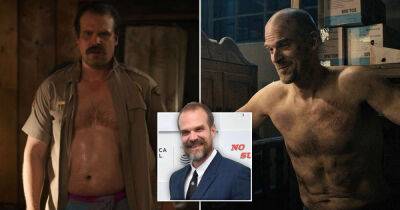 msn.com
06.07.2022 / 07:17
40%
997
David Harbour lost five stone for Stranger Things season 4 with extreme diet
David Harbour has revealed he shed over five and a half stone for Stranger Things season 4. The 47-year-old Jim Hopper actor appeared remarkably slimmer in the latest chapters of the beloved Netflix show, which saw his character taken prisoner in a Russian gulag while his on-screen partner Joyce (Winona Ryder) attempted to rescue him. Opening up on his gruelling diet that consisted of ‘not eating’, David said that shifting the pounds was a ‘hard process’.
Sally Nugent David Harbour Jon Kay Russia Netflix film love 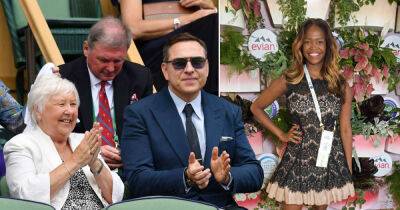 msn.com
06.07.2022 / 07:17
35%
808
David Walliams dotes on mum Kathleen and Oti Mabuse brings glamour for Wimbledon day 9
Wimbledon day nine which means more glam celeb arrivals at the tennis tournament. Today saw the likes of David Walliams and Oti Mabuse don their glad rags to watch the action unfold on the court, with Fleur East, Matt Edmondson, and royals Prince William and Kate Middleton also in attendance. Children’s author David, 50, arrived with his mum Kathleen, whom he doted on as they sat next to one another in the stands.
Kate Middleton Fleur East David Walliams Matt Edmondson Williams Britain Celebrity Metro 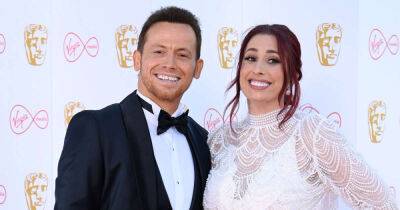 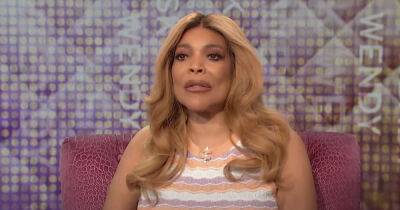 msn.com
06.07.2022 / 07:17
53%
464
As Wendy Williams Sets Post-Talk Show Future, There's More Bad News For Her Fans
The Wendy Williams Show aired its final episode. The fan-favorite series signed off after 13 years, without the titular host actually being there. Williams, who’d had a revolving door of guest hosts filling in for her since last year, is currently in the process of planning her post-talk show future.
Williams show reports 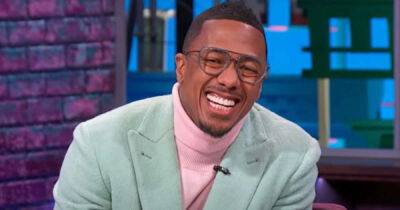 msn.com
06.07.2022 / 07:17
72%
724
One Of Nick Cannon's Parenting Partners Shares How She Feels About Her Kids Having So Many Siblings
populating the Earth,” as his eighth child is due to be born any minute now, apparently, and it looks like he’s got at least one more on the way. The general public seems fascinated with the actor’s nontraditional lifestyle, including how he’s able to stay involved in all of his children’s lives and provide for the children’s five mothers. It’s an interesting dynamic, to be sure, and Abby De La Rosa opened up about what it means for her children to have so many brothers and sisters.
Mariah Carey Brittany Bell Abby De-La-Rosa Alyssa Scott show Provident Zions

msn.com
06.07.2022 / 07:17
64%
610
Escape to the Chateau fans left with same question after Dick and Angel extended family snap
Channel 4 Escape to the Chateau fans have all been left asking the same question as Dick Strawbridge shares a rare snap with his extended family. Dick and wife Angel Adoree have set tongues wagging as they share a rare pic of their loved ones.
Dick Strawbridge Angel Adoree stars love Celebrity 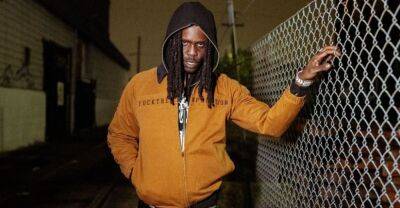 thefader.com
06.07.2022 / 07:07
93%
299
Watch what happens when Chief Keef lights fireworks
Firework safety is important. In these uncertain times, it's tempting now more than ever as soon as any national holiday rolls around to pull a San Diego 2012 and just send up a hellish beacon of colored gunpowder.
county San Diego show Hip-Hop Party 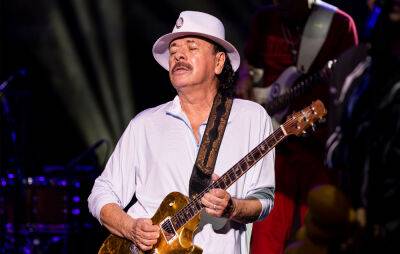 nme.com
06.07.2022 / 07:05
71%
121
Carlos Santana collapses from heat exhaustion during performance in Michigan
Carlos Santana collapsed onstage during his concert in Michigan on Tuesday night (July 5).In a statement provided by Santana’s management, it was confirmed that the iconic rocker had collapsed as a result of heat exhaustion and dehydration. He was transported from the venue – the outdoor Pine Knob Music Theatre in Clarkston – to the emergency department at McLaren Clarkston, where it’s said he is “doing well”.According to people that attended the Michigan show, Santana was immediately attended to by medical personnel, who treated him onstage. According to Fox2 Detroit reporter Roop Raj, fans at the show were “asked to pray for [Santana] because of a ‘serious medical’ issue”.#BREAKING: Carlos Santana just passed out on stage at ⁦@PineKnobMusic⁩.
Carlos Santana USA Pennsylvania city Santana Detroit county Rock Lake Michigan Rock

dailystar.co.uk
06.07.2022 / 07:01
86%
407
R Kelly taken off suicide watch in jail following 30-year sentence for sex crimes
R. Kelly has been taken off suicide watch in an American prison after being sentenced to 30 years in prison last week.Prosecutors initially said the star was placed on the heightened security method for his "own safety" following his psychological examination.However, new filings have shown that attorneys on behalf of the US government have revealed the measures were no longer required.READ MORE: R Kelly guilty of sex trafficking after 'exploiting stardom to recruit victims'The filings said: "Following a clinical assessment, plaintiff Robert Sylvester Kelly, also known as 'R.
USA singer musician stars

dailystar.co.uk
06.07.2022 / 07:01
69%
824
Weather map turns blood red as UK preparing for 'hottest summer ever' in 4-week scorcher
Forecasters are predicting the mercury to smash through the 40C barrier for the first-ever time, with highs of 41C expected in some parts of the country.Weather maps are turning blood red in anticipation of some extreme heat as an even greater heatwave is set to land on our doorsteps. READ NEXT: Love Island's Summer wows as she goes topless for outdoor shower in front of boysNetweather meteorologist Nick Finnis said: “The GFS numerical weather prediction model has been churning out some eyebrow-raising temperature charts over the weekend – one deterministic run on Saturday forecasting record-breaking heat for England on July 16, with temperatures reaching 41C inland across southern England and East Anglia.”Finnis expects temperatures to rise through this week as high pressure builds from the Azores, although north-western parts could experience rain and showers over the next few days.The Weather Outlook forecaster Brian Glaze also revealed the UK could experience some extreme heat.He said: “The mid-30s are expected, but 35C or higher would not be a surprise (this month). To stay up to date with all the latest news, make sure you sign up to one of our newsletters here. “With parts of southern Europe experiencing extreme heat during the early part of the summer, there is the potential for the UK to import some of that if the pressure blocks across Europe and the North Atlantic fall into the right places.”The Met Office say it will turn warmer from today (July 6) and although they haven’t put a figure on what temperatures thermometers will reach, they do predict a spell of hot weather.A spokesman said: “We may see very warm or hot temperatures, especially across the south, and high pressure may extend across the UK.
Britain Southern Extreme Mercury 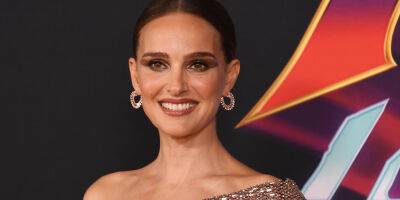 justjared.com
06.07.2022 / 06:57
49%
563
Natalie Portman Revealed She Felt Like She Didn't Fit In on 'Thor: Love & Thunder' Set
Natalie Portman is opening up about the reason she kind of felt like an outsider on the set of her new movie, Thor: Love &amp; Thunder.
Inside actress love 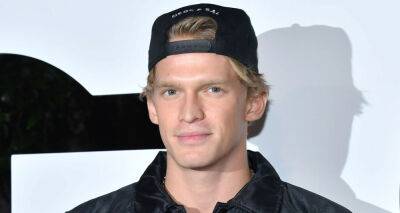 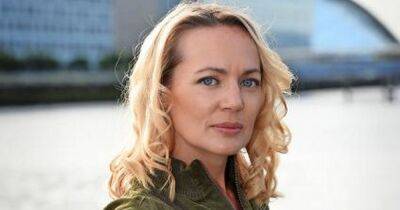 dailyrecord.co.uk
06.07.2022 / 06:57
92%
652
Former Scots news anchor had to flee home after 'obsessed' stalker 'terrorised' her, court hears
A former TV news anchor told a court her “obsessed” next door neighbour “terrorised” her so badly she has had to move out of her own home.
Scotland USA city Aberdeen country shock Barrett 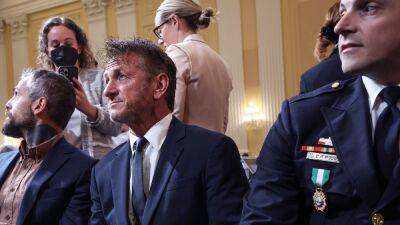 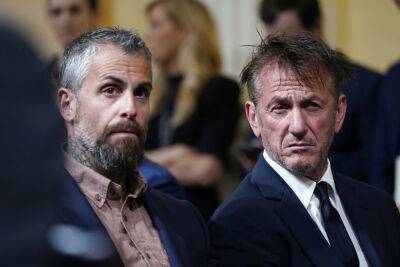