Shay Mooney and his wife Hannah welcome a third son: 'Grateful doesn't begin to cover it' 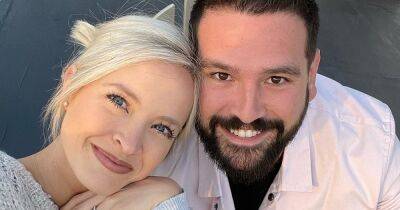 In October, Shay Mooney revealed he lost over 50 pounds in five months.And on Monday, the 30-year-old singer, who is part of the duo Dan + Shay, shared a shirtless before and after shot to his Instagram page.'Consistency. I changed my entire world in 6 months. No gimmicks or fads. 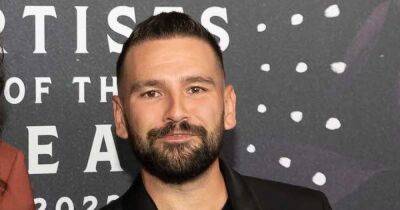 A total transformation! Shay Mooney of the country pop duo Dan + Shay has been open about the weight loss journey he began in 2022. 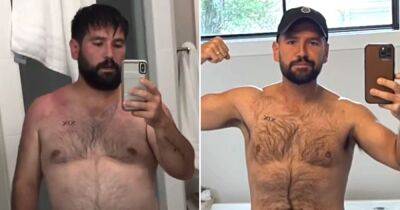 Shay Mooney, from the country-pop music duo, Dan + Shay, revealed on Friday that he has lost 50 pounds in five months.On Thursday, Shay thanked his fans for 'so much' for all their 'kind words' about him 'looking healthy' on Instagram.'Really means a lot. Been a little over 5 months I believe and I'm down almost 50lbs,' he told his more than 298,000 followers. 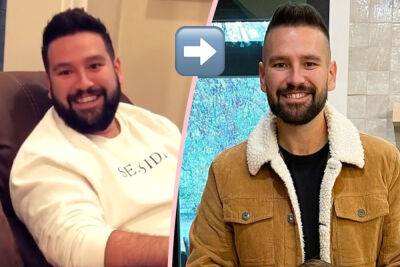 Shay Mooney is prioritizing his health! 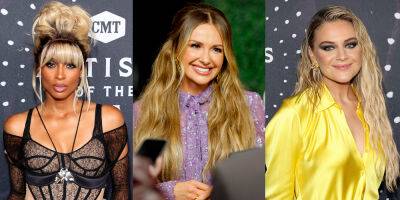 Kelsea Ballerini, Carly Pearce and Jessie James Decker wore super bright colors on the red carpet for the 2022 CMT Artists Of The Year! 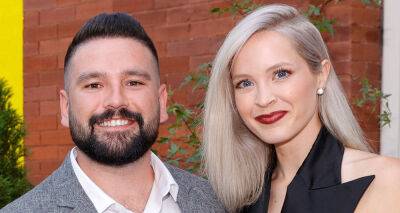 Shay Mooney and his wife Hannah are having another baby!

Country star Shay Mooney, and his wife Hannah Billingsley, revealed they are adding another baby boy, due in February, to their growing family earlier on Friday.Former Miss Arkansas, 31, uploaded an adorable Instagram video of the reactions from her two sons when they were told they would be getting a baby brother next year instead of a much-anticipated baby sister.The Dan + Shay singer, 30, and his wife's oldest son, five-year-old Asher, expressed that he 'wanted a sister' while their other toddler, Ames, two, shared similar feelings, stating he also wanted a, 'baby sister.' Big news! Shay Mooney, 30, and wife Hannah, 31, revealed on Instagram they are expecting baby number three with hilarious reactions from their two sonsThe beginning of the cute video that Hannah shared to her followers showed her kindergartner, Asher, sitting excitedly on a couch, waiting to be told whether he would be a big brother to another boy or a girl.  The mom of two, soon to be three, asked, 'Do you think you are going to have a baby brother or baby sister?' Her son immediately responded confidently with, 'I wanted a baby sister so it's a baby sister.' When asked if he would be sad if his new sibling is a boy, he answered, 'Yes, because I want a sister.' Hannah then told Asher he will have another baby brother, and he replied simply with, 'I wanted a sister.'  Reaction: The couple's oldest son, Asher, five, expressed he wanted a baby sister when he was told the news he would be getting another baby brother So cute! Former Miss Arkansas also showed a clip of her other son, Ames, two, responding to the revelation another baby boy will be coming to the Mooney family The beauty comforted her son and stated, 'God knows what we need and God 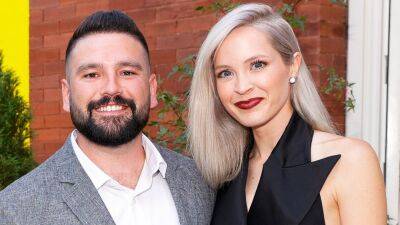 Shay Mooney is about to be a dad of three! On Friday, the 30-year-old Dan + Shay singer and his wife, Hannah Billingsley, took to Instagram with a joint post to announce that they're expecting their third son. The couple already shares Ames, 2, and Asher, 5.The pair announced the news with a video, in which Hannah tells her sons that they have another boy on the way. First up was Asher, who tells his mom, «I wanted a baby sister, so it's a baby sister.»When Hannah asks if Asher will be sad if it's a boy, the tot replies, «Yes, because I want a sister.»«Well, baby,» Hannah says, «it's gonna be another baby brother.»«I wanted a sister,» Asher states.«I know, baby. 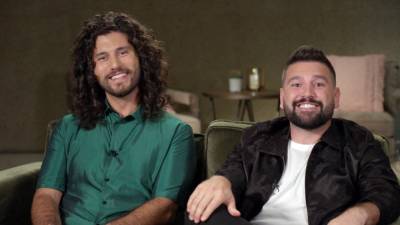 Dan + Shay have a new album out, and it might just be their best work yet. The duo sat down with ET's Rachel Smith to discuss their latest release in three years, , and how the pandemic made it possible.«Oh man, I mean this is the first time we have actually had time and I mean I guess it's a good thing because it is our fans fault,» Shay Mooney shared. 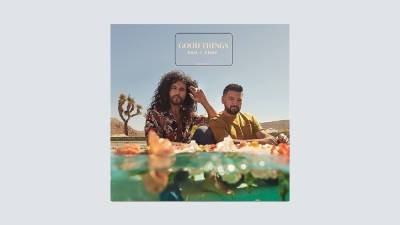 Dan + Shay are taking over the stage!

Dan + Shay are back on stage at the 2020 American Music Awards! 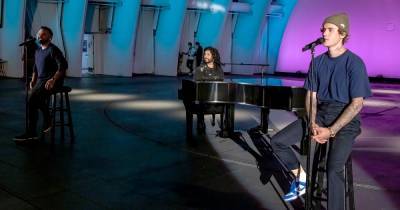 Justin Bieber teamed up with Dan + Shay on the 2020 Country Music Association Awards stage on Wednesday, November 11 — and the dreamy duet sent fans’ hearts racing.“10,000 Hours,” which was released in October 2019, is nominated for Single of the Year, Musical Event of the Year and Music Video of the Year. 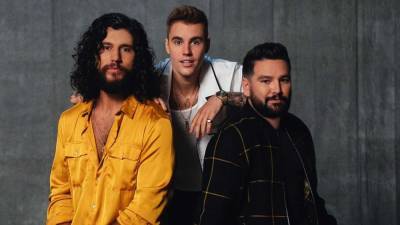 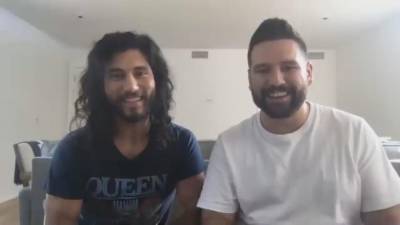 Dan + Shay Want To Make An Album With Justin Bieber, Talk New Single ‘I Should Probably Go To Bed’

Dan + Shay are back with new music following the massive success of “10,000 Hours”. 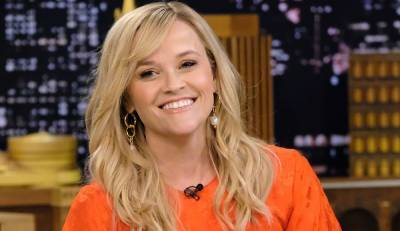 A Celeb Friendship Is Blooming Between Reese Witherspoon & Dan and Shay's Shay Mooney!

Reese Witherspoon and Shay Mooney of the music group Dan &amp; Shay look like they could become the next celeb BFFs! 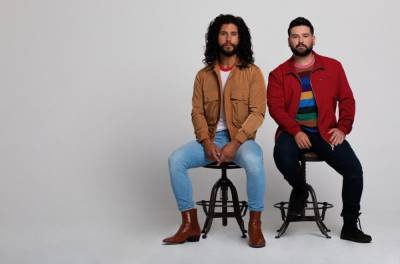 Dan + Shay on New Single: 'If This Was the Last Song That We Ever Put Out, We Would Be So Proud'

Dan + Shay were in the middle of a headlining arena tour when COVID-19 shut down touring and life in general in March. But as their new single, “I Should Probably Go To Bed,” out today (July 31), shows, they have made the most of their time in quarantine. 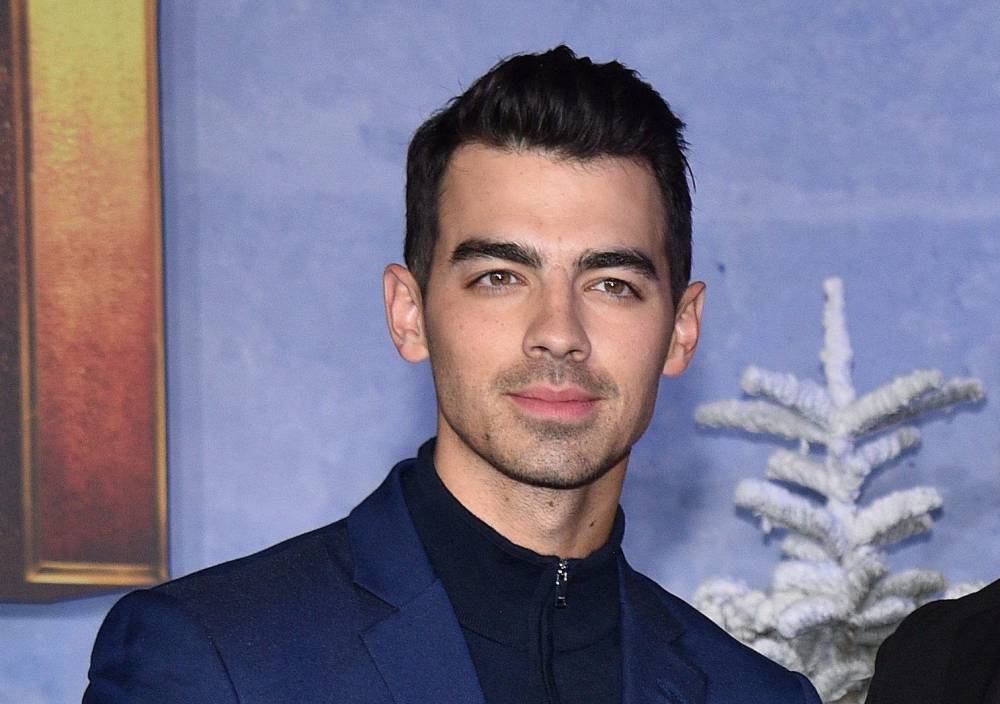 When country duo Dan + Shay won the Best Country Duo/Group Performance award at the 2020 Grammy Awards, eyebrows were raised when Shay Mooney thanked “Joseph Jonas” in his portion of the acceptance speech. 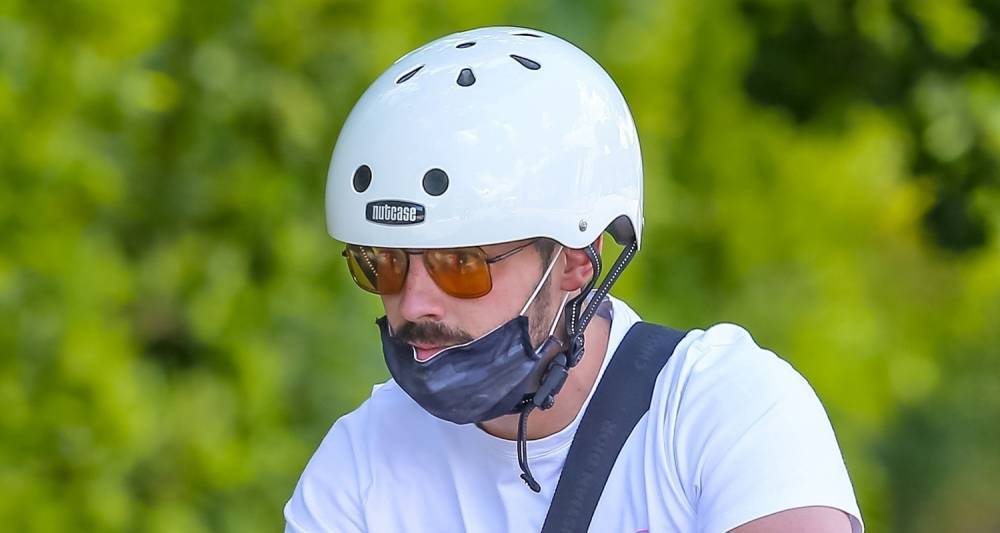 Joe Jonas wears his helmet and a mask while out on a bike ride on Tuesday afternoon (May 19) in Los Angeles. 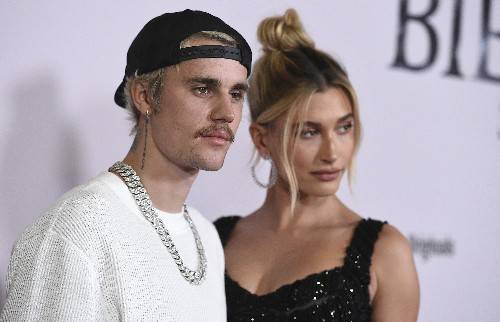 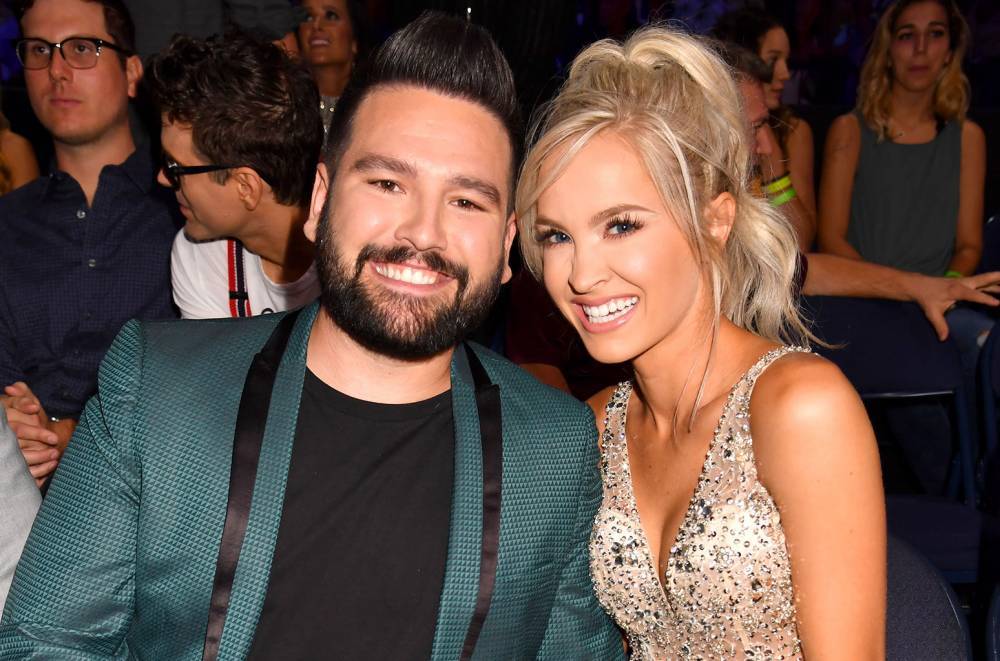 Shay Mooney of Dan + Shay Announces Birth of Second Son: 'You Are Already So Loved'

Shay Mooney, one half of duo Dan + Shay, welcomed his second son on  Friday (Feb. 21). Mooney and his wife Hannah Billingsley have named their newborn Ames Alexander, as the singer announced on Instagram.

The 28-year-old Dan + Shay singer and wife Hannah have announced that they welcomed their son Ames Alexander Mooney on Friday, February 21. “Our family … 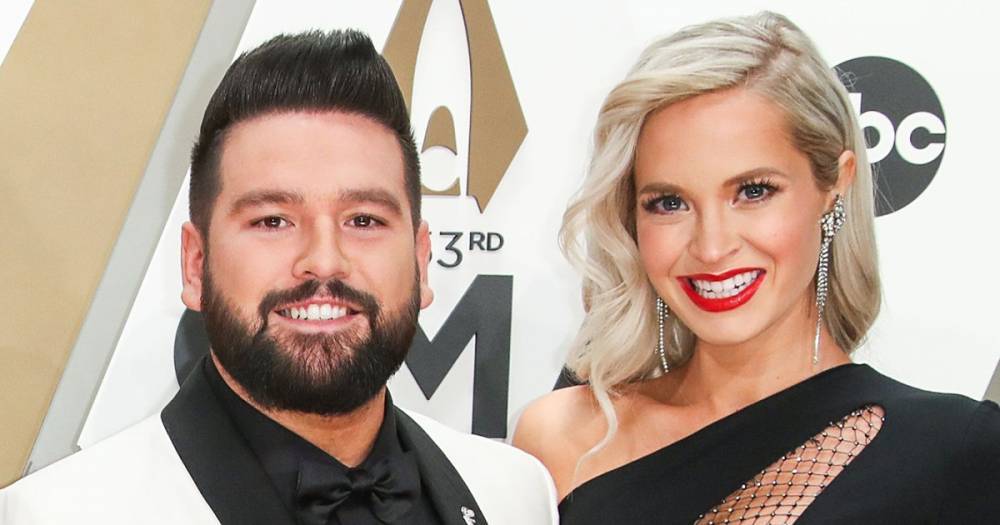 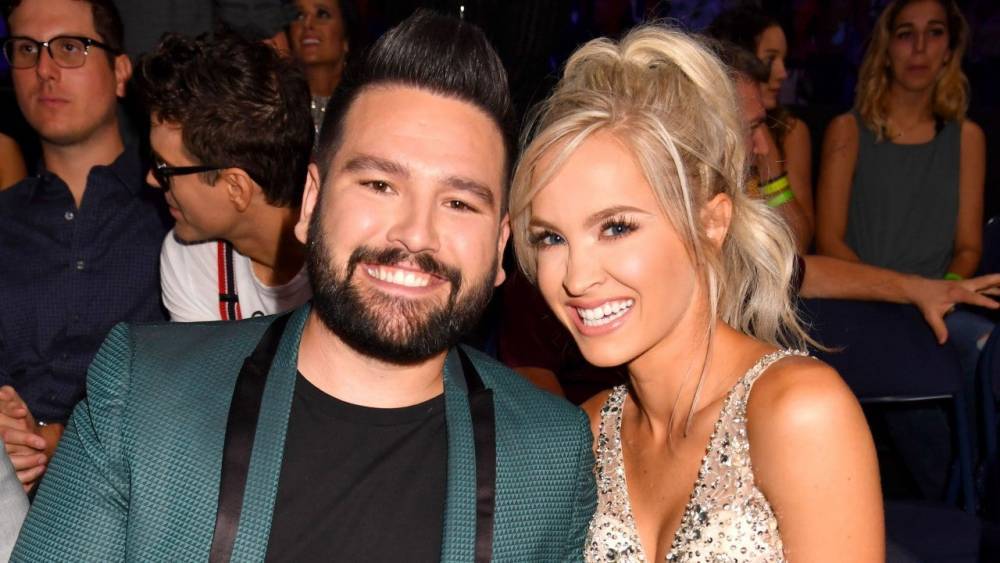 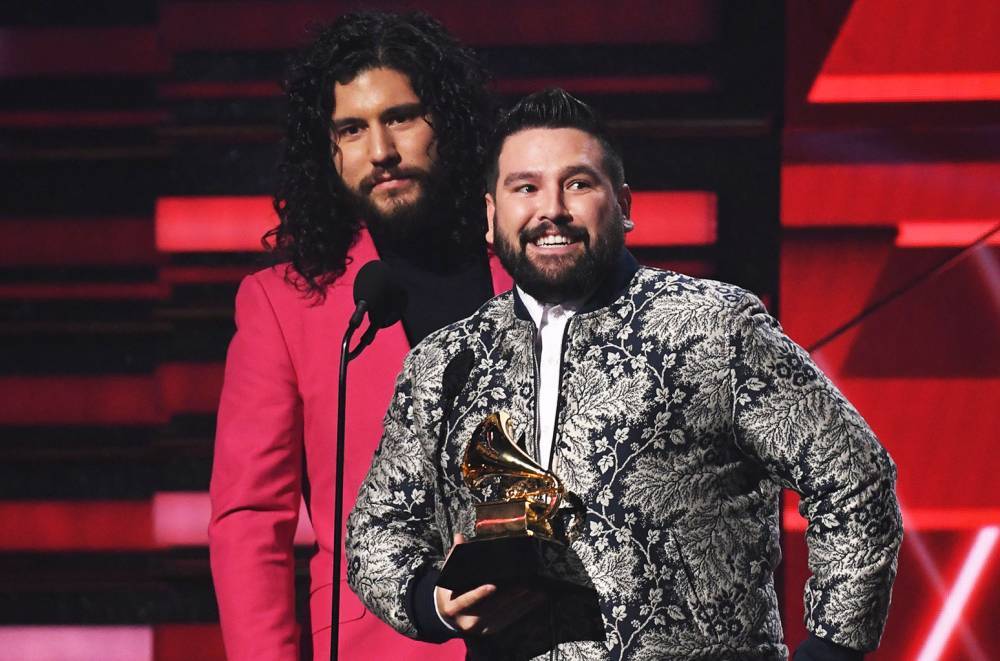 Dan + Shay Dedicate Grammys Speech to Their Wives: 'You Inspire Everything We Do'

Dan + Shay took home their second Grammy award on Sunday night (Jan. 26) and made their win all about their leading ladies.The duo (Dan Smyers and Shay Mooney) won best country duo/group performance for their hit "Speechless," a love song that was inspired by their wives. 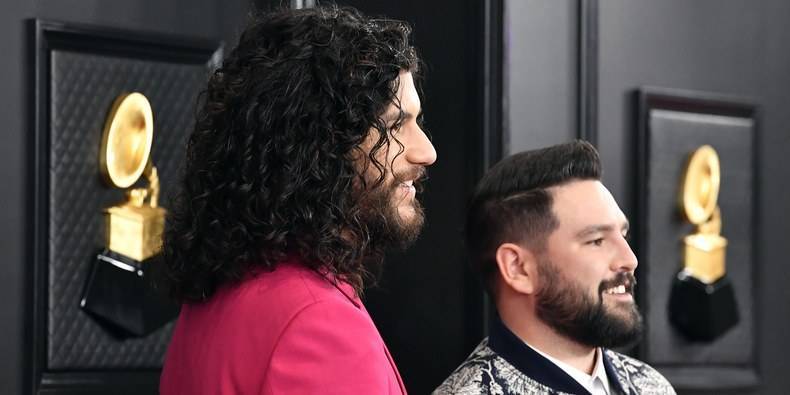 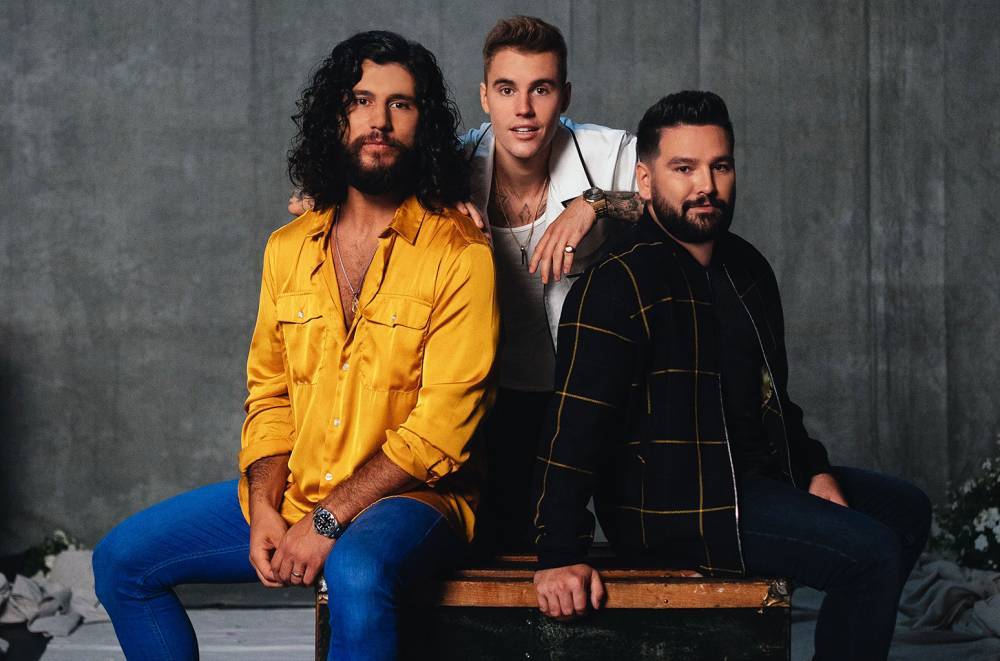 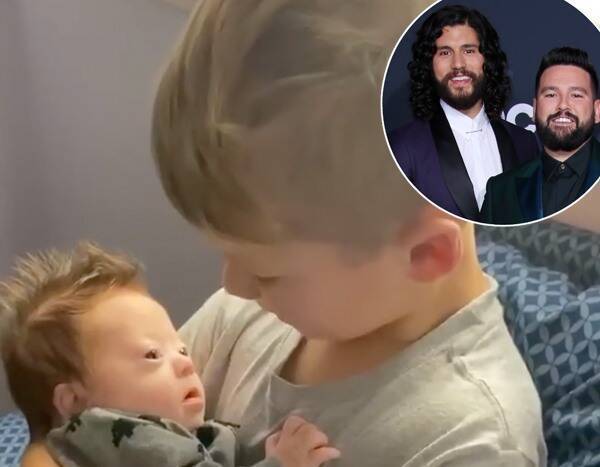 What about having some fun reading the latest showbiz news & updates on Shay Mooney? Those who enter popstar.one once will stay with us forever! Stop wasting time looking for something else, because here you will get the latest news on Shay Mooney, scandals, engagements and divorces! Do not miss the opportunity to check out our breaking stories on Hollywood's hottest star Shay Mooney!