Jamie Lynn Spears shares Thanksgiving snap with family: 'So much to be grateful for'

Jamie Lynn Spears shared a new Thanksgiving snap of her whole family as they gathered for the festive holiday... amid her feud with older sister Britney Spears.The 31-year-old singer and actress took to Instagram on Thursday afternoon, sharing a number of family snaps with her, husband Jamie Watson, 14-year-old daughter Maddie and four-year-old daughter Ivey.'So much to be grateful for. 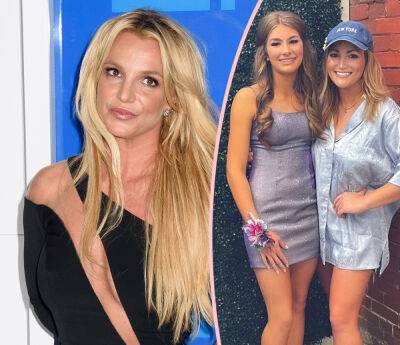 Britney Spears Thought She Was Being Told Niece Maddie DIED In That ATV Accident: ‘I Lost My Mind’

Britney Spears recalled the moment she found out her niece Maddie was in a near-fatal ATV accident. 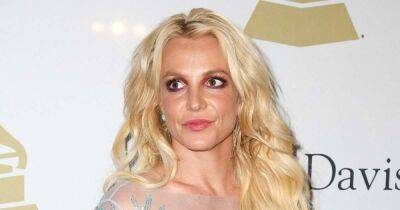 Jamie Lynn Spears uploaded a loving birthday post on her Instagram to celebrate her daughter's 14th birthday.Maddie Aldridge is Jamie's first child, whom she shares from a previous relationship with Casey Aldridge. The actress and singer has a second child, Ivey, with current husband, Jamie Watson.The Zoey 101 star had Maddie when she was a teenager, and their mother-daughter bond seems to be stronger than ever.

Jamie Lynn Spears took to social media on Friday as posted for the first time after being snubbed from her sister Britney Spears' star-studded wedding to Sam Asghari.However, rather than acknowledging her pop star sister's big day, Jamie Lynn, 31, simply shared a photo of her youngest daughter, four-year-old Ivey Joan Watson.The actress and singer shares Ivey with her husband Jamie Watson, and also has a 13-year-old daughter Maddie from her previous relationship with Casey Aldridge.Yet, Jamie Lynn was not present on the big day due to her huge falling out with her sister, after Britney accused her family of leeching off her finances while she was under the 13-year-long conservatorship. What wedding? Jamie Lynn Spears posts a picture of daughter Ivey after being snubbed from sister Britney Spears' star-studded nuptials amid their ugly feudBritney, 40, tied the know with personal trainer Sam, 28, at her $7million Los Angeles home on Thursday.Posting to her Instagram Story, Jamie Lynn showed off her little one dressed as a police officer with the caption: 'Community helper day.'The post comes a day after Britney married Sam in front of an array of stars including Madonna, Paris Hilton, Selena Gomez and Drew Barrymore.To fans of Britney, it was no surprise to learn that Jamie Lynn was not invited to the wedding following their ugly feud that erupted earlier this year as she released her tell-all memoir Things I Should Have Said. 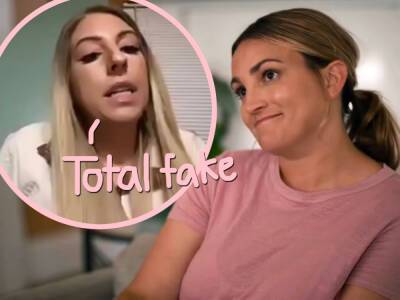 Here’s another side of the Jamie Lynn Spears story… from her ex’s family. 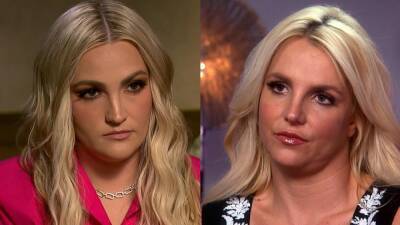 Jamie Lynn Spears' memoir,, a source tells ET that this has «been a trying» and «painful» time for the 30-year-old actress as she discusses past experiences.While promoting her new book, Jamie Lynn has had a back-and-forth with her older sister, Britney Spears, on social media about the stories told about their relationship over the years. The source tells ET that it was never Jamie Lynn's intention to hurt her sister.«Jamie Lynn has genuinely always wanted the best for Britney and she loves Britney with all of her heart, despite their complicated relationship,» the source says. That being said, the siblings aren't exactly close. 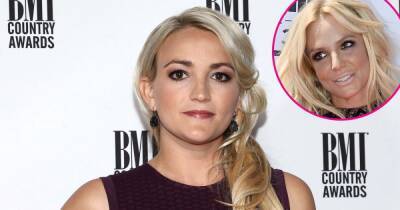 Jamie Lynn Spears‘ book made headlines before its release for its passages about Britney Spears, but her older sister isn’t the only topic of conversation in the memoir.

Jamie Lynn Spears has talked about the painful details surrounding a near-death ATV accident suffered by her daughter Maddie in 2017.On Wednesday she teared up on Nightline as she shared new information from the scary incident.'All of a sudden I just see her taking a hard turn... she tried to get out of the safety net and her head got trapped, she was caught,' said Jamie Lynn adding her child was underwater for five minutes.

Jamie Lynn Spears responded to a hateful online troll who wished rape on her daughters in a heartless Instagram message.The 30-year-old actress captured the harassment and shared screengrabs to her millions of followers on Monday morning, but gave grace to the bully by blurring out their name.The anonymous user callously wrote Spears: 'White trash b**** I hope your daughter gets raped.

Britney Spears' little sister Jamie Lynn Spears has given the public a rare glimpse at her family life after sharing a snap of her daughter.The 30-year-old recently took to Instagram to share some snaps of her 13-year-old daughter Maddie Briann Aldridge.And grown-up Maddie is now a far cry from the little girl fans have seen on her mum and aunt Britney’s social media in the past.Jamie Lynn was only 16 when she discovered she and her boyfriend at the time, Casey Aldridge, were soon to welcome

Britney Spears' sister Jamie Lynn took to Instagram on Sunday to show off a package of gifts the pop star gifted her two daughters with.Jamie Lynn, 30, shared a shot of a box of toys, stuffed animals, a purse and other colorful knickknacks Britney, 39, sent her daughters Maddie Briann, 13, with ex Casey Aldridge, and Ivey Joan, three, with her husband of seven years Jamie Watson.The Louisiana native said there was 'nothing sweeter than coming home to a box full of goodies for my girls from their 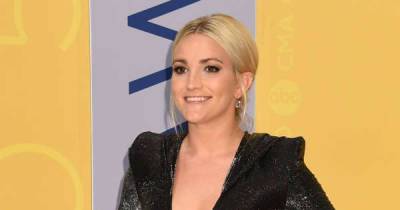 Jamie Lynn Spears is releasing her autobiography. The 30-year-old actress - who was just 16 when she fell pregnant with her and then-boyfriend Casey Aldridge's daughter Maddie, now 13 - will open up about her life from child star to mother of two in 'I Must Confess: Family, Fame and Figuring it Out'. 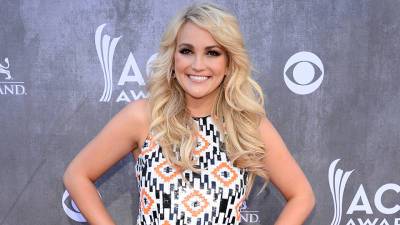 It’s been more than a decade since they welcomed their daughter, so it’s understandable why fans want to know where Jamie Lynn Spears‘ baby’s dad, Casey Aldridge is now, and if they still have a relationship. 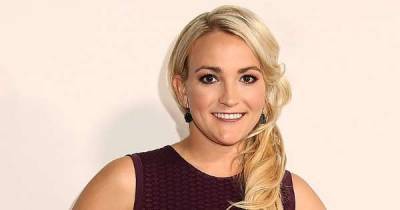 Jamie Lynn Spears Is Back & Telling That Zoey 101 Pregnancy Story

Jamie Lynn Spears knows that you still blame her and her pregnancy for the end of Zoey 101. But she’s back to not only set the record straight, but also to shower fans of the Nickelodeon show with gifts (more on that later).In a new interview with Nylon, Spears opened up about getting pregnant at 16 with her high school sweetheart Casey Aldridge. 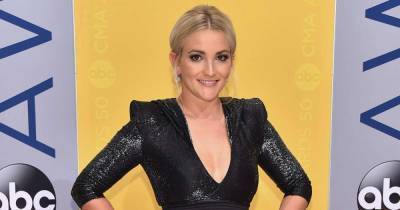 Jamie Lynn Spears has opened up about the public scrutiny she faced after announcing she was pregnant at 16, despite her efforts to “hide away for a little bit”.In a new interview with Nylon, the former Zoey 101 star reflected on finding out she was pregnant in 2007 with her then-high school boyfriend Casey Aldridge, explaining that her focus was on telling her family.“You have your first love, or what you call love in high school. 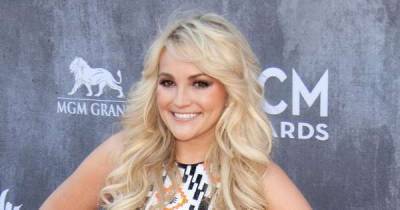 Jamie Lynn Spears: My daughter is embarrassed by me!

Jamie Lynn Spears' eldest daughter is embarrassed by her. The 29-year-old actress has 12-year-old daughter Maddie with her ex-fiancé Casey Aldridge, and has said "anything" she does is "unacceptable" to the pre-teen, who finds her mother "weird".

Jamie Lynn Spears recalled the moment her daughter, Maddie, ‘sat up and started kicking’ as a priest read her rites in hospital, following a devastating ATV accident. 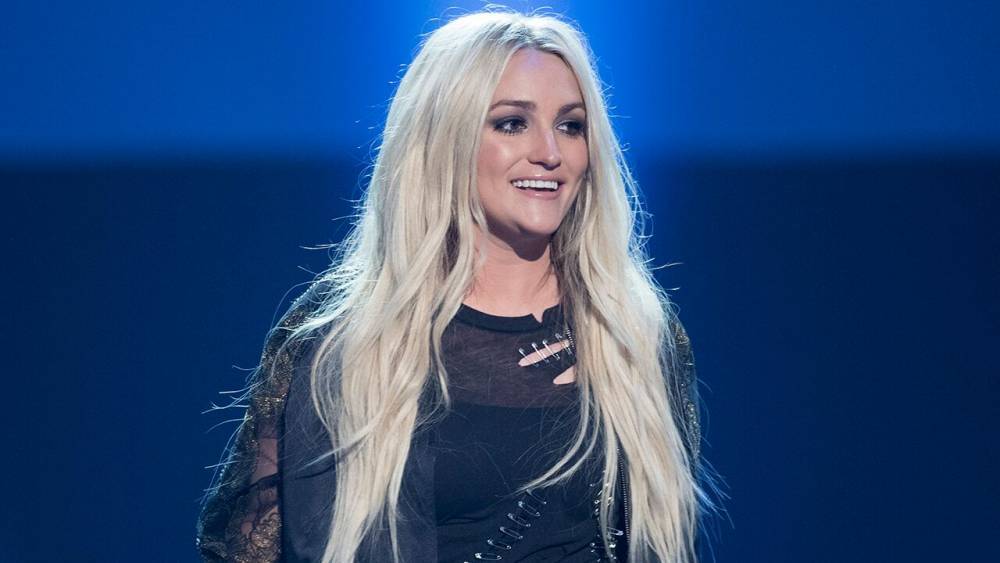 JAMIE Lynn Spears ex-boyfriend Casey Aldridge has been charged by Mississippi cops for burglary.The 30-year-old was arrested on December 30 and the police department has now charged him with five counts of burglary of a storage house and one count of burglary of a dwelling. 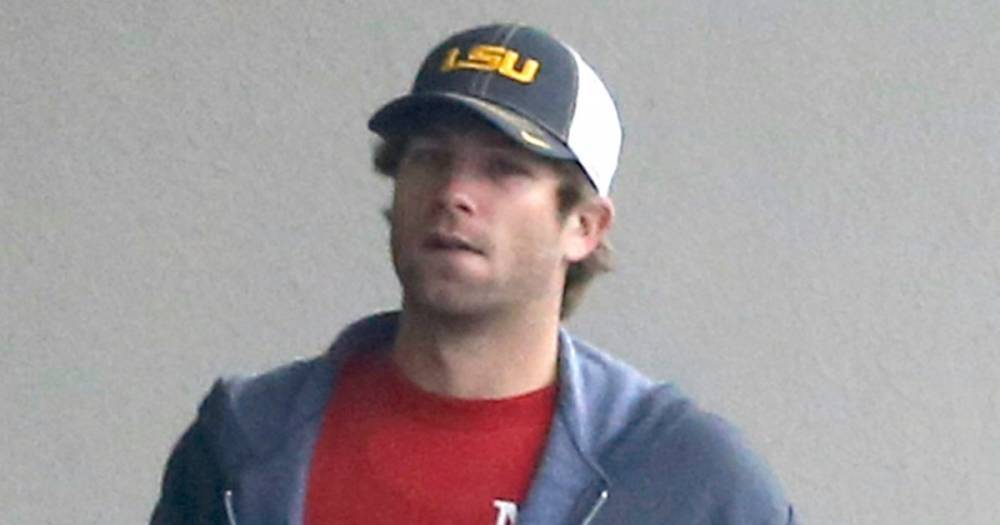 More legal trouble. Casey Aldridge, ex-fiancé of Jamie Lynn Spears and the father of her daughter Maddie, has been charged with five counts of burglary of a storage house and one count of burglary of a dwelling, Us Weekly confirms. 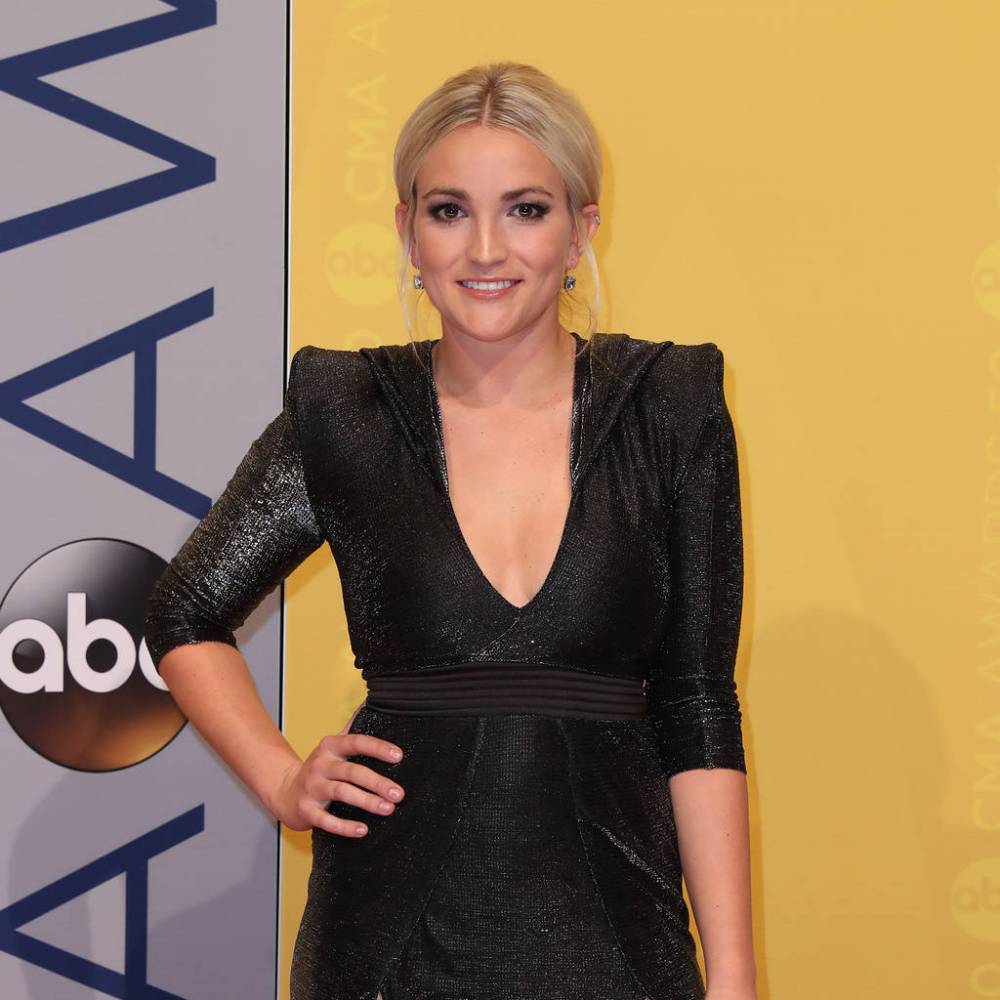 What about having some fun reading the latest showbiz news & updates on Casey Aldridge? Those who enter popstar.one once will stay with us forever! Stop wasting time looking for something else, because here you will get the latest news on Casey Aldridge, scandals, engagements and divorces! Do not miss the opportunity to check out our breaking stories on Hollywood's hottest star Casey Aldridge!