The Masked Dancer judge Peter Crouch has revealed he found joining the show "surreal", as he also addressed his robot dance "stigma".Earlier this year, it was confirmed the retired footballer, 41, would join Oti Mabuse, Davina McCall and Jonathan Ross on the forthcoming series of the ITV reality programme.With his The Masked Dancer debut set to premiere this weekend, Peter has opened up about his thoughts on joining the judging panel.READ MORE: Peter Crouch joins The Masked Singer panel as 'spectacular' costumes announcedDescribing the experience as "surreal", the podcaster also revealed he felt slightly unprepared for the role as there is no "training" involved.Peter said: "Right from the start I was wondering why on earth I was there."When I'm sitting there on The Masked Dancer, next to Davina and Oti, yourself and Jonathan Ross, you've been doing this sort of thing for years and years and years and I'm looking at strawberry thinking what am I going to do? "There's no training for that."So I did find it quite surreal at times."Peter also addressed the "stigma" surrounding his legendary robot dance celebrations during his footballing years.Reflecting on the dance's notoriety, he added: "Let's be honest, it was 2006 and that's a long time ago when I did the robot, did I think I would be on stage with all of you and being a judge on The Masked Dancer."I do so much more than just the robot as well.

BONNIE Langford has teased an epic EastEnders return as she says her character is 'still in the taxi'. The actress, 58, played the role of Carmel Kazemi in the BBC One soap between 2015 and 2018. Her character was written out of the show following the deaths of her two sons.

BEN Shephard left his fans swooning following a recent episode of Tipping Point. Those who tuned in to the ITV show on Sunday (July 24) saw as the 47-year-old hosted a Lucky Stars special.

Ben Shephard left Tipping Point: Lucky Stars hot under the collar on Sunday night (July 24) when he hosted the beloved gameshow looking more "dapper" than usual.The ITV host looked suave when he welcomed actress Bonnie Langford, rugby player Matt Dawson and writer Geoff Norcott to their podiums so they could battle it out to win money for their chosen charities. READ MORE: GMB's Ben Shephard scolds cameraman in cheeky swipe as he walks on set on airBut it wasn't the exciting gameshow that had viewers hooked. 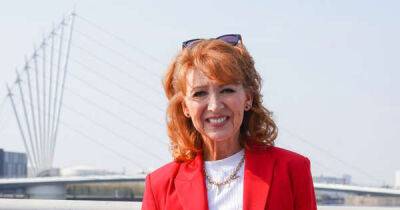 ITV's Tipping Point Lucky Stars. Bonnie, Matt Dawson and Geoff Norcott will answer questions to win turns on an arcade-style machine. They will then drop tokens down a choice of four chutes with hopes of knocking counters into the drop zone. 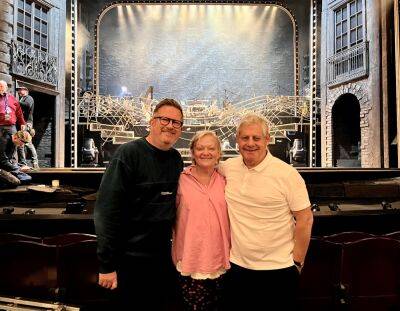 All eyes were on Judi Dench . 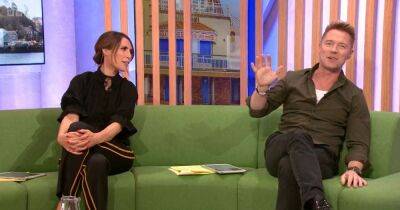 Some viewers of The One Show have said they found themselves 'switching off' the programme as they made the same complaint about the show's latest guests.

FANS of The One Show were left fuming and "switched off" the show after a "chaotic" interview on Thursday night. Rob Beckett and Romesh Ranganathan took to the BBC One programme to tease their new show alongside Eddie Hall.

The One Show viewers were left infuriated by the programme's guests after claiming they were "too loud".On Thursday's programme (April 28), hosts Alex Jones and Ronan Keating welcomed comedians Rob Beckett and Romesh Ranganathan, along with Bonnie Langford onto the show.However, viewers quickly got annoyed after claiming the show descended in chaos after watching their loud antics. Viewers stormed to social media to comment on the programme, with one saying: " #TheOneShow how bloody loud are Rob and Romesh" A second added: " #TheOneShow appears to be 5 people screaming incoherently over each other.

EX-EASTENDERS actress Bonnie Langford revealed the real reason why she didn't watch the brutal death of her on-screen son Kush Kazemi. The 57-year-old played Carmel on Albert Square from 2015 and 2018 and was mum to Kush (Davood Ghadami).

EastEnders fans were left heartbroken when Kush Kazemi was brutally murdered by evil Gray Atkins in a jealous rage last year.Despite Kush's death airing in 2021, Walford residents have only just learned the true extent of what really happened to the former market stall worker.Cheeky chappy Kush made his first appearance back in 2014 and was later joined by his mum Carmel and brother Shakil.They family had their fair share of family drama and of course tragedy.With a few one-night stands and a secret love child thrown into the mix, the Kazemi clan quickly became one of the most iconic families.While Carmel, Kush and Shakil were Albert Square residents, they were once joined by Kush and Shakil's father Umar and brother Darius.The stars who portray the Kazemi family range from musical theatre royalty to a man who played Jesus. As the Kazemi family are no longer residents of Albert Square, Daily Star have taken a look into the lives of the stars who played the famous family.Muscly market-trader Kush, played byDavood Ghadami, was brutally killed off the BBC soap in 2021 to viewers' outrage.His boyish charm made him a firm fan favourite and he even won Best Newcomer at the TV Choice Awards in 2014.

Celebrity Gogglebox fans shocked as Anne-Marie screams ‘who the f**k is that?’ at Masked Dancer’s Bonnie Langford

POPSTAR Anne-Marie screamed 'who the f**k is that?' as she watched The Masked Dancer's Bonnie Langford on Celebrity Gogglebox - leaving viewers stunned. The chart topper nearly fell off her sofa in tonight's episode when The Masked Dancer's Squirrel was revealed to be the 80s singing sensation and EastEnders actress Bonnie.

FANS of the Masked Dancer were left in shock after discovering Bonnie Langsford's real age after she was unmasked as Squirrel. The 56-year-old shocked viewers and judges when she was revealed as the super flexible and energetic character as she came second in the TV contest. 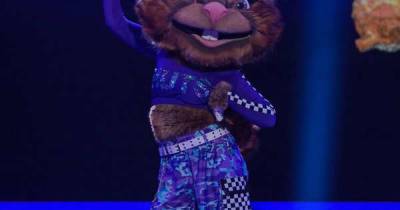 Louis Smith was outed as Carwash and crowned the series winner. But one of the biggest shocks of the night was the identity of Squirrel, who wound up in second place.

Masked Dancer fans were left in awe of Bonnie Langford during Saturday evening’s grand finale, as she did the splits in a spectacular farewell performance.The Doctor Who star, 56, was unmasked as Squirrel, making it to the final two before losing out to Olympic gymnast Louis Smith as Carwash.Judges on the show had been far off with their guesses - names like Corrie’s Michelle Keegan and EastEnders’ Maisie Smith got mentioned on several occasions.When Bonnie removed her Squirrel mask, each of the

THE Masked Dancer fans are convinced that Squirrel is ex EastEnders star Bonnie Langford after picking up on a telltale clue in their song choice tonight.

The Chase which aired on Friday afternoon.The clip from the ITV quiz show didn't age well as the 61-year-old star went on to play a starring role in the sci-fi drama.It first aired in 2017, the same year the BBC announced that he'd been cast as a companion, Graham O'Brien, in the eleventh series of the sci-fi drama.Brad asked contestant Arthur: "Played by Bonnie Langford, who was the companion to both Colin Baker and Sylvester McCoy' Doctor's in Doctor Who?"The possible answers the player had to

Ahead of her debut on the show, she said in an interview: "I've just got divorced, but I'm alright.

Pantos should be staged at Easter if they cannot take place this ­Christmas due to coronavirus, according to Gyles Brandreth.

LORRAINE Kelly got the giggles today after she told Bonnie Langford how "bad" the Cats film was - despite her niece being in it. The ex-EastEnders star looked awkward as the much-loved chat host made the slip-up while talking about the A-lister movie starring Taylor Swift and James Corden. 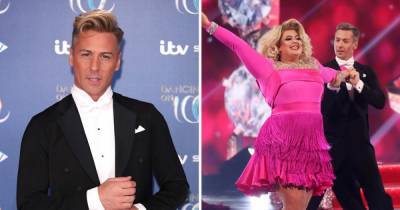 Pro-skater Matt Evers is a Dancing On Ice legend, having appeared since its first ever series in 2006, when he was partnered with showbiz royalty Bonnie Langford. So when Bobby Norris caught up with his pal he reveals he couldn’t be more proud to have played such a big part in the hit show.

Kevin Clifton: Strictly pro's bizarre admission about what he does to calm his nerves

Kevin Clifton, 37, let viewers in on a little secret on how he calms his nerves.

Actress Bonnie Langford will appear on ITV’s The Chase Celebrity Special this Sunday.

What about having some fun reading the latest showbiz news & updates on Bonnie Langford? Those who enter popstar.one once will stay with us forever! Stop wasting time looking for something else, because here you will get the latest news on Bonnie Langford, scandals, engagements and divorces! Do not miss the opportunity to check out our breaking stories on Hollywood's hottest star Bonnie Langford!