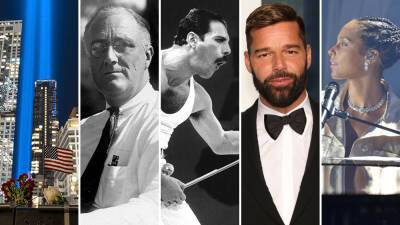 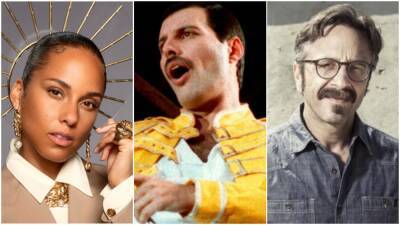 variety.com
13.04.2022 / 19:23
91%
271
National Recording Registry Selects Alicia Keys, Queen, Wu-Tang Clan, a Marc Maron Podcast and More for 2022
Chris Willman Music WriterThe Library of Congress’ 25 selections to be added to the National Recording Registry for 2022 range from mid-century standards by Nat King Cole and Ernest Tubb to rock classics “Bohemian Rhapsody” and “Don’t Stop Believin'” to contemporary R&amp;B and hip-hop standard-bearers like Alicia Keys, Wu-Tang Clan and A Tribe Called Quest — and the most recent inclusion, a “WTF With Marc Maron” podcast.Music recordings of enduring renown named to the Registry represent the 1920s, with James P. Johnson’s seminal “Harlem Strut”; the ’40s, with country music pioneer Tubb’s “Walking the Floor Over You”; the 1950s, with Duke Ellington’s “Ellington at Newport”; the ’60s, with Cole’s “The Christmas Song” and Andy Williams’ “Moon River”; the ’70s, with Queen’s signature opus; the ’80s, with Linda Ronstadt’s first Spanish-language album and Bonnie Raitt’s “Nick of Time; the ’90s, with Ricky Martin’s “Livin’ La Vida Loca” and “Enter the Wu Tang”; and the 2000s, with Keys’ debut album, “Songs in A Minor.” Not all of the selections are musical.
Alicia Keys Robin Williams Linda Ronstadt Cole Andy Williams Vida Loca Ricky Martin Bonnie Raitt county Williams record classical Music

abcnews.go.com
13.04.2022 / 13:25
38%
899
Songs by Wu-Tang, Alicia Keys added to Recording Registry
NASHVILLE, Tennessee -- Critically acclaimed debut albums by Wu-Tang Clan and Alicia Keys, Ricky Martin's Latin pop megahit “Livin' La Vida Loca,” and Queen's “Bohemian Rhapsody” are among the recordings being inducted this year into the National Recording Registry.The Library of Congress announced on Wednesday the 25 songs, albums, historical recordings and even a podcast that will be preserved as important contributions to American culture and history.Keys' “Songs In A Minor," released in 2001, introduced the young New York musician to the world with her unique fusion of jazz, R&amp;B and hip hop and earned her five Grammy awards. With songs like “Fallin'” the album has been certified as seven-times multiplatinum by the Recording Industry Association of America.The Staten Island collective Wu-Tang Clan, including RZA, Ol' Dirty Bastard, GZA, Ghostface Killah, Method Man and more, released their highly influential debut “Enter the Wu-Tang (36 Chambers)” in 1993, which combined East Coast hardcore rap centered around kung fu film storylines and samples.Other albums that were included were Linda Ronstadt's “Canciones de Mi Padre,” a musical tribute to her Mexican-American roots, Bonnie Raitt's Grammy-winning “Nick of Time,” A Tribe Called Quest's “The Low End Theory," and the Cuban musical ensemble's self-titled debut “Buena Vista Social Club," which also inspired a film by the same name.Other songs now in the registry include Journey's “Don't Stop Believin,'" “Walking the Floor Over You” by Ernest Tubb, “Moon River” by Andy Williams and “Reach Out, I'll Be There,” by The Four Tops.The Four Tops song was penned by the songwriting trio of Brian and Eddie Holland and Lamont Dozier and became a No.
Alicia Keys Linda Ronstadt Andy Williams Vida Loca Ricky Martin Bonnie Raitt New York USA Cuba Tennessee city Nashville, state Tennessee county Buena Vista record song Music 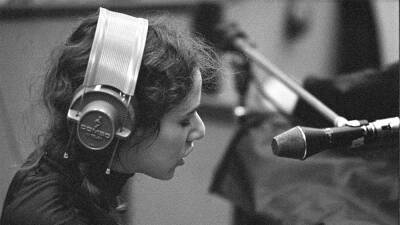 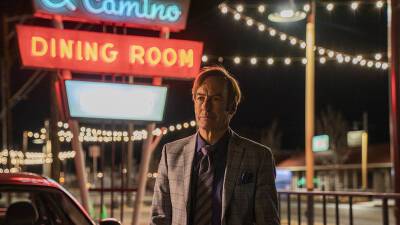 dailystar.co.uk
09.02.2022 / 02:41
58%
531
Virgil van Dijk's knee surgeon 'being sued' by former Prem star after 'aggressive surgery'
Liverpool's Virgil van Dijk come back from a serious knee injury is reportedly being sued by another former Premier League player for an “aggressive” operation he performed.Andy Williams, a consultant knee surgeon at the Fortius Clinic in London, treated Van Dijk after he suffered an ACL injury in the Merseyside Derby in October 2020.Williams is a world-renowned knee specialist, who has also operated on Alex Oxlade-Chamberlain, Danny Ings, Andy Carroll, Theo Walcott and Danny Welbeck. But according to the Daily Mail, who have seen legal documents relating to the case, he is being sued by a player who he operated on in 2017.
Virgil Van-Dijk Andy Carroll Andy Williams Danny Ings Danny Welbeck Williams Theo Walcott London reports stars

completemusicupdate.com
21.01.2022 / 15:42
73%
563
Every Time I Die bassist comments on split
As the fallout from Every Time I Die’s split earlier this week continues, bassist Stephen Micciche has given his side of the story, filling in some gaps left in frontman Keith Buckley’s version of events.The band, of course, officially came to an end at the beginning of this week, after Michiche, guitarists Jordan Buckley and Andy Williams, and drummer Clayton Holyoak released a statement saying that they had all left the group. This followed Keith Buckley claiming in December that he had learned that the band were plotting behind his back to replace him.In a lengthy statement on Wednesday, Keith Buckley said that much of what has happened in recent days and weeks came as a surprise to him.
Andy Williams Jordan show band bassist 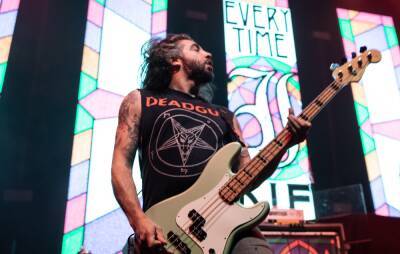 nme.com
20.01.2022 / 09:45
41%
647
Every Time I Die bassist Steve Micciche releases lengthy statement following band breakup
Every Time I Die frontman Keith Buckley and the band’s other four members – leading to their breakup this week – bassist Steve Micciche has given his perspective in a lengthy string of tweets.On Tuesday (January 18), Micciche, guitarists Jordan Buckley and Andy Williams, and drummer Clayton “Goose” Holyoak all shared a joint statement saying their last show with the band took place in December.They wrote: “While we hoped to come to an agreed upon legal statement that outlined the truth, we were informed today of something planned to be released not mutually agreed upon that consists of inaccuracies and controls a narrative to benefit one.”The message went on to say that there has been “no direct communication” with Buckley, saying “it’s either impossible for direct communication with him solely or we’ve been cut off to any and all communication by him himself”.The following day, Buckley responded with a lengthy statement, saying that “any emotional [or] metal connection” he had with his former bandmates had been “thoroughly severed” when he got a letter from a law firm on December 20, which Buckley had shared on the same day the band’s statement was issued.The letter said that the firm, Savur Law, had been retained by the rest of the band “for legal representation in connection with a separation agreement” between them and Buckley, requesting he contact them to discuss “the business terms of an amicable separation between the parties”.The news came after the band said last month that they were working on issues with Buckley “privately” after the singer announced an impromptu hiatus days earlier, saying he’d be skipping three of the band’s scheduled shows.“Caring for my own mental health has taken priority over EVERYTHING
Andy Williams Jordan Rock band 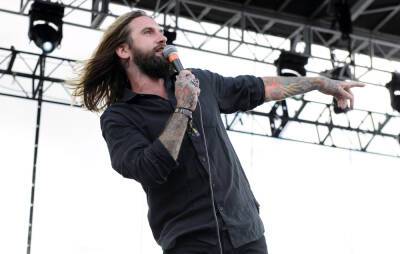 nme.com
19.01.2022 / 13:36
64%
629
Every Time I Die’s Keith Buckley posts statement following the band’s split
Every Time I Die frontman Keith Buckley has issued a statement following yesterday’s (January 18) announcement from the other four members that the band has split.Guitarists Jordan Buckley and Andy Williams, bassist Stephen Micciche and drummer Clayton “Goose” Holyoak all shared a joint statement saying their last show with the band took place in December.They wrote: “While we hoped to come to an agreed upon legal statement that outlined the truth, we were informed today of something planned to be released not mutually agreed upon that consists of inaccuracies and controls a narrative to benefit one.”The message went on to say that there has been “no direct communication” with Buckley, saying “it’s either impossible for direct communication with him solely or we’ve been cut off to any and all communication by him himself”.Today (January 19), Keith Buckley has shared his own statement, which he captioned: “this is my Truth. read it if you want to know it.”this is my Truth.
Andy Williams Williams Jordan Rock band 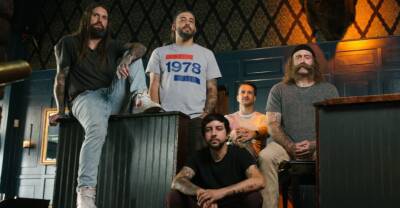 thefader.com
19.01.2022 / 02:54
67%
104
Four members of Every Time I Die quit band after 24 years
Hardcore band Every Time I Die have effectively split up after four members of the group announced their departure. The band, whose latest album Radical was released in 2021, had been together since 1998 until guitarists Jordan Buckley and Andy Williams, bassist Stephen Micciche and drummer Clayton “Goose” Holyoak shared a joint statement confirming that their last show with the band took place in December.
Andy Williams Jordan Rock band

completemusicupdate.com
18.01.2022 / 14:30
45%
479
Every Time I Die split after four of five members quit
Four of the five members of Every Time I Die have announced that they have left the band. This comes several weeks after frontman Keith Buckley separately announced that he was taking a hiatus from the outfit and also claimed that his bandmates had been working behind his back to replace him.In a joint statement last night, guitarists Jordan Buckley (brother of Keith) and Andy Williams, bassist Stephen Micciche and drummer Clayton Holyoak said that they had all now left the band.They added that they had hoped to release a statement that came from all five members of Every Time I Die which “outlined the truth”, but had decided to issue this statement without Keith Buckley because “we were informed … of something planned to be released [but] not mutually agreed upon that consists of inaccuracies and controls a narrative to the benefit of one”.There was “no direct communication” with Keith Buckley prior to making this announcement, they confirmed, “because it’s either impossible for direct communication with him solely or we’ve been cut off to any and all communication by him himself”.Insisting that “there is zero truth about the band continuing on with a new singer”, the four band members added that they are “extremely disappointed in how this was played out online in front of” their fans.Keith Buckley responded to this statement by posting a scan of a legal letter from his now former bandmates dated 20 Dec 2021, which states that his brother, Williams, Micciche and Holyoak are seeking to reach an agreement separating them from him, while also ordering him to cease and desist making negative statements about them.The implosion of the band follows a tense few weeks for Every Time I Die fans.
Andy Williams Williams Jordan show band 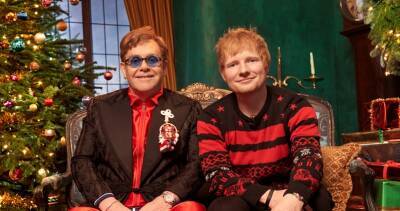 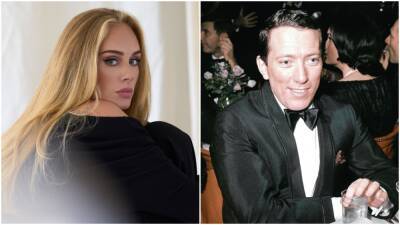 variety.com
14.12.2021 / 00:43
43%
904
Adele Dominates Charts Again, Is Joined in Top 10 by SZA and Andy Williams
Chris Willman Music WriterAdele remains the queen of all that she surveys in pop music this week, notching another win at the top of both the Billboard 200 album chart and the Hot 100 singles chart with “30” and “Easy on Me,” respectively, even as SZA and a horde of Christmas songs make some snowy inroads.“Easy on Me” is enjoying its seventh week atop the Hot 100, with 85.4 million radio airplay impressions and 20.7 million U.S. streams, per MRC Data.
Andy Williams Williams song Music 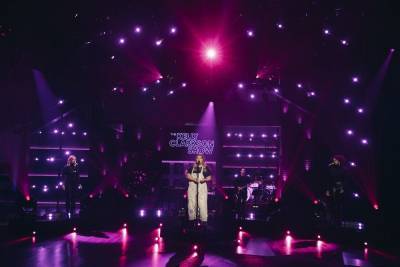 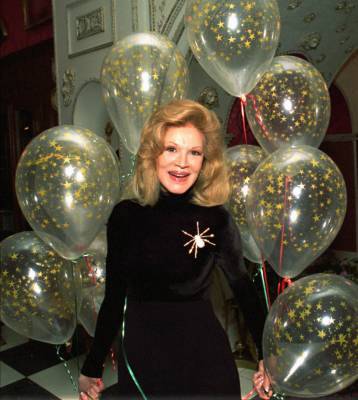 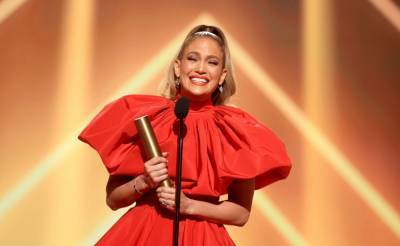 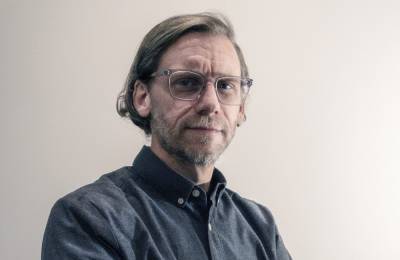 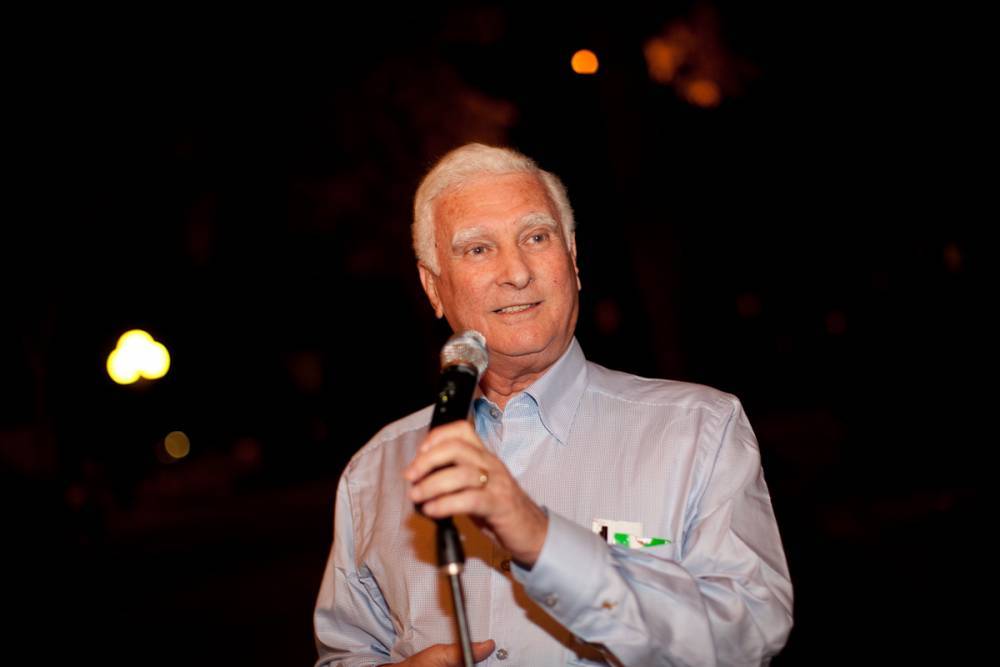 thesun.co.uk
02.04.2020 / 03:23
91%
496
Britain’s Got Talent tells fans to ‘keep smiling’ in first-look teaser ahead of show’s return
BRITAIN'S Got Talent returns to television screens in a matter of days, and now fans have been given a first-look teaser ahead of the new series. Despite the live BGT shows being postponed due to the global coronavirus pandemic, pre-recorded auditions will air on ITV starting on April 11.
Simon Cowell Amanda Holden David Walliams Alesha Dixon Andy Williams Britain show pandemic stars coronavirus 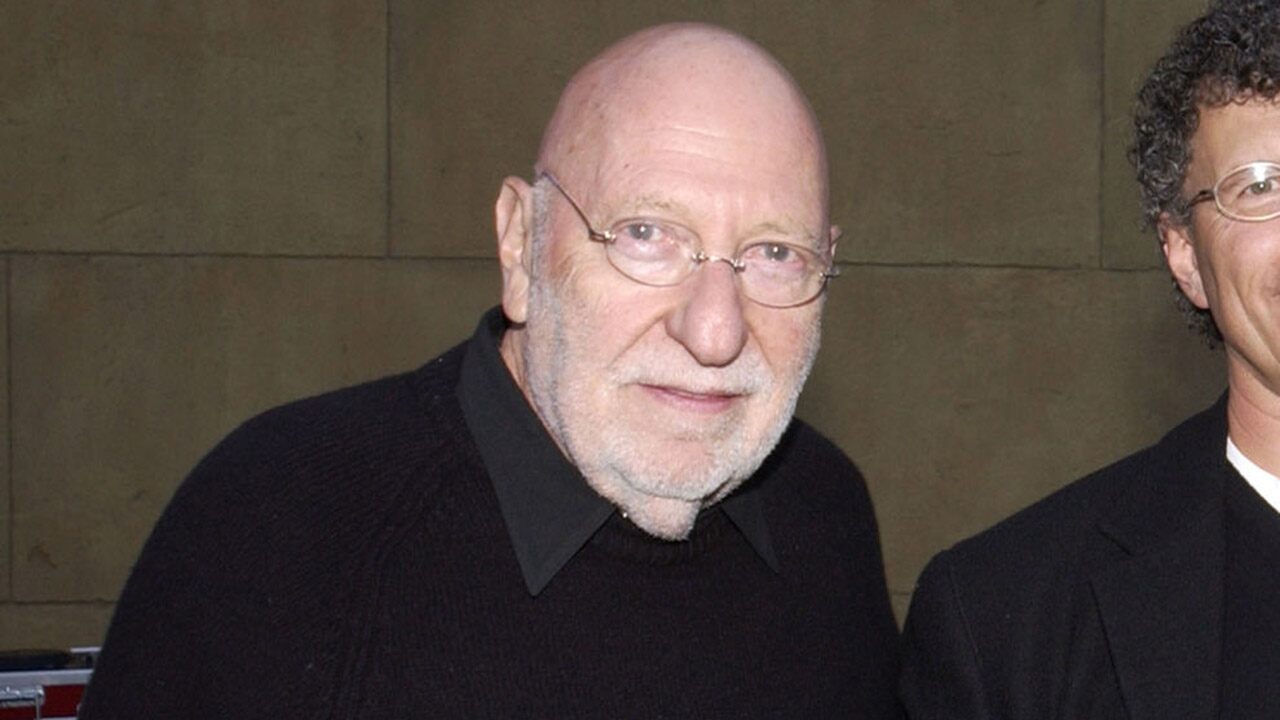