The power cut comes just days before Christmas for the Owens, all while struggling with the big freeze that has swept the country. Amanda and her family was forced to resort to candles after they were plunged into darkness.

The mum-of-nine shared a photo of her daughter, Clemmy, 6 sat by a candle light on Instagram to her 533k followers. She also posted a few other snaps of the family in the dark, including one with Amanda's dog standing on the kitchen table in front of a fire.

Read more on Amanda OwenNEW LIFE Amanda Owen plays in snow with kids as she marks first Christmas since Clive splitSNOVER THE TOP Amanda Owen fans all say the same thing after snowy Ravenseat update She captioned the post:" The snow brought down some overhead lines and electricity in the area was lost leaving us once again without power... but not powerless." Fans went straight to the comment section and were quick to offer messages of support.

One fan wrote: "Hope you are all ok. Happy Christmas to you all! I hope the power is back on soon." Another commented: "Hope you are all warm and safe, hope your power restores soon as possible." Most read in TVBACK ON THE BEAT Line Of Duty makes shock comeback with show delivering explosive climaxENDERS' CAMEO A-list superstar joins EastEnders & will appear at Mick & Janine's weddingmaura drama Maura Higgins reignites feud with Scott Henshall over 'inappropriate' dressWANTED MAN Corrie bosses offer LEGENDARY musician a role after he reveals he's a huge fan A

.
Tags: Maura Higgins Happy Christmas Amanda Owen show social Adventure
See showbiz news on thesun.co.uk
The website popstar.one is an aggregator of news from open sources. The source is indicated at the beginning and at the end of the announcement. You can send a complaint on the news if you find it unreliable.
Related news and gossips

Amanda Owen, 48, has described how she and husband Clive Owen, 68, are still “working together” despite deciding to file for divorce last year.The Our Yorkshire Farm stars share nine children together on a farm in Ravenseat, located in Upper Swaledale, North Yorkshire. The famous Channel 5 couple announced they were going their separate ways back in June.However, Amanda has made it clear that they will continue to put on a unified front in order to do right by their children and the farm they share.“People assume that because I’m separated from my husband, Clive, things are harder, but in fact it’s the opposite,” Amanda wrote in a new article.“We have two farms that are basically next door to each other, so it’s close enough for it to be useful, but far enough for us to have space. “Whatever our personal situation, there’s a farm to run and nine children to look after so we’re just working together, making it happen,” she told the Times. Amanda and Clive met in 1996, married in 2000 and went on to have nine children ranging between the ages of 21 to six years old before finally deciding to call it quits.The family has starred in multiple television shows, becoming TV favourites thanks to Channel 5’s Our Yorkshire Farm, which aired in 2018.Last year, Amanda took to Instagram to share the news of her and Clive’s separation after 20 years of marriage. “Clive and I are sad to confirm that we have made the difficult decision to separate,” she wrote.“This hasn't been easy, but we both believe it's the right choice for the future of our family.“Although we are no longer a couple, we continue to work on the farm and co-parent together, without number one priority the happiness and well-being of our children.“We would like to 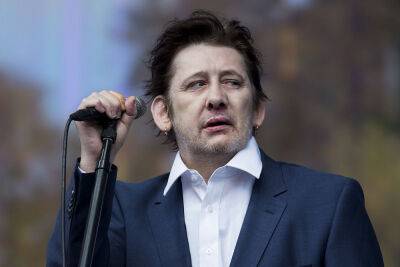 Shane MacGowan of The Pogues has updated fans on his health in a New Year’s Eve post. The 65-year-old is back at home after a hospitalization in December to battle an infection.

THE Pogues singer Shane MacGowan has shared an alarming health update after being taken to hospital. The 65-year-old star went to hospital earlier this month, as revealed by his wife Victoria May Clarke. Victoria, 56, did not say what was wrong with the star at the time, but he’s known to have faced health problems in recent years.

COUNTRYFILE viewers were left disorientated after BBC show moves from its regular slot. Countryfile has become a firm favourite of Sunday night viewing for fans of the show, with the programme usually airing between 5:30pm and 7:30pm on the broadcaster's flagship channel.

KATIE Price has revealed she spent Christmas Day with all of her children. The mum-of-five, who has recently split from fiancé Carl Woods, chose not to share the “private” day with her followers – as her ex Kieran Hayler posted pictures of his Christmas. Katie told her fans: “Hope you all had a good Christmas. 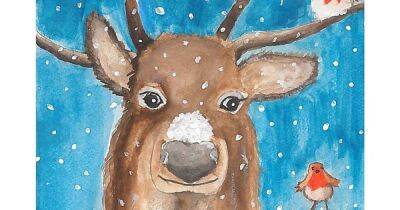 Twitter to wish his fans a Merry Christmas.The Pogues frontman could be seen sitting in a chair while wearing a black top and a gold cross necklace.In the clip, Shane smiled and said: “Happy Christmas everybody,” before waving to the camera.The singer added in the caption: “Happy Christmas everyone and thank you for all your messages and prayers.”More than 400 fans soon flocked to the comments to wish Shane a Happy Birthday and Merry Christmas.Fergal penned: “Happy Christmas to the man and his lady...mind yourself and thank you for the music.”Bridie wrote: “Happy Christmas and happy birthday Shane. We listened to you tonight and you made my 92-year-old mother cry, bless her she loves you.”While Rich exclaimed: “If only there were a suitable record to mark the occasion!”And Roxana echoed: “Got Fairytale Of New York blasting now, the best Christmas song ever in my book.

Instagram and shared a candid post just before Christmas as she addressed her recent health woes.The ex-girlfriend of James Middleton - who is the brother of the Princess of Wales, Kate Middleton - appeared to be in high spirits as she shared a photo of herself in a neck brace.The 43-year-old explained she suffered the horrendous injury two weeks ago.Donna, who found fame as a teen in the kid's show Byker Grove, is back on her feet but will be spending Christmas wearing a protective brace.Taking to Instagram on Friday night, she penned: "Well the year has ended with a bang.

EASTENDERS fans were left furious as Kat Slater and Alfie Moon reunited with a passionate kiss in a "predictable" storyline. The cockney trader has been trying to get ex-wife Kat's affection ever since he came back to Walford.

Our Yorkshire Farm star Amanda Owen was forced to resort to candles after the mother of nine was plunged into darkness during a power cut.She has also had a burst pipe to contend with, all while struggling with the big freeze that has swept the country.She shared her ordeal, which comes soon after she announced that Our Yorkshire Farm would be axed by Channel 5, via Twitter.Sharing a snap of one of her young daughters looking mournful while clutching a candle in the dark, Amanda admitted: "No electric on the farm."She included the hashtags #darkness, #candlelight and #backtobasics - and, when prompted by concerned followers, she admitted that wasn't the only struggle she was facing.Asked if her internet was still online at home, she responded: "No, that’s why there’s a time lapse. No mobile signal neither so incommunicado until power restored."As she also lamented that it had been "absolutely freezing" up on the moors, @TJerryfan attempted to reassure her, encouraging: "It's going to be much warmer tonight than during the day."I think a few people might get caught out with damaged frozen pipes leaking as it suddenly thaws."Amanda then admitted that it had already happened to her, cringing: "One burst already to contend with!"@JohnWad84222151 sympathised: "Definitely correct, minus 15c with us three days this week even river frozen, sheep scraping the snow for moss, back to the hill on Tuesday when tups in, more to eat out there."Amanda replied: "Yes, we have moved some back to the moor already with a white tup to chase up. 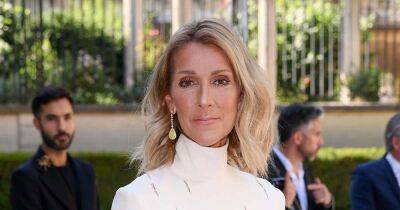 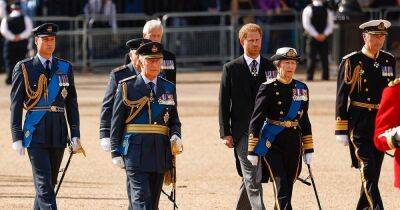 AMANDA Owen has broken her silence after her ex husband Clive's new show has replaced Our Yorkshire Farm. Channel 5 announced earlier this year they wouldn't be renewing the much-loved farming documentary series.

KATIE Price’s ex husband Kieran Hayler has been forced to ban fans from messaging him after being quizzed by cops. The 35-year-old was arrested on Monday on suspicion of stalking before being released that evening. Kieran has since turned off comments on his Instagram posts after fans rushed to write to him.

MAURA Higgins stunned in an emerald green mini-dress as she hit the red carpet days after pulling out of a major event. The Love Island star, 32, went back on her decision to attend the British Fashion Awards this week after deeming her bespoke gown "not appropriate." This sparked rumours of a feud between Maura and designer Scott Henshall - with The Sun exclusively reporting how the stylist to the stars supposedly made Maura wait three hours for her gown.