Olympian Bode Miller and Wife Morgan Beck: A Timeline of Their Relationship

A gold medal-worthy love! Bode Miller found his forever teammate in now-wife Morgan Miller (née Beck) after connecting at one of her volleyball games.

The Olympic skier first met Morgan in May 2012 — two weeks before he found out his ex-girlfriend Sara McKenna was pregnant with his child. Their son, Samuel, was born in February 2013, shortly before the exes were involved in a back-and-forth custody battle after the former Marine moved from California to New York without informing Bode. (The case was eventually settled in 2014, with Bode receiving primary custody of Samuel.)

“Sometimes I think to myself, I’m probably the only woman in the world who would put up with this,” Morgan told ESPN in February 2014 of dealing with the custody dispute. “I told [Bode], ‘I know it’s scary and sad, but you’ve done this before. You’re going to step up to the plate, and you’re going to be fine.’”

Bode’s romance with the pro volleyball player quickly heated up, as the pair tied the knot in October 2012 after five months of dating. One month after their nuptials, Morgan learned she was expecting the pair’s first child, however, she suffered a miscarriage at 11 weeks. “I remember thinking the world is so damn unfair. It’s just cruel,” Morgan recalled to ESPN.

Bode — who also coparents daughter Neesyn, born in 2009, with ex Chanel Johnson — and Morgan have gone on to welcome a large brood together. The married couple share Nash, born in 2015, Easton, born in 2018, twins Asher and Aksel, born in 2019, and Scarlett, born in 2021. Bode and Morgan welcomed daughter Emeline “Emmy” in 2016, nearly two years before she tragically died after drowning in a pool. She was 19 months.

Tags: ESPN information love California county Morgan New York, state California
See showbiz news on usmagazine.com
The website popstar.one is an aggregator of news from open sources. The source is indicated at the beginning and at the end of the announcement. You can send a complaint on the news if you find it unreliable.
Related news and gossips 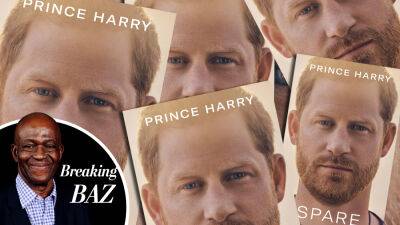 After more than 30 years writing a column about celebs and pop culture at the London Daily Mail, Baz Bamigboye moved to Deadline and today, we launch Breaking Baz. This will be a regular column of scoops and perspective from Baz’s London-centric perch. What better way to start than with Spare , the biting memoir by Prince Harry. The gossipy revelations have been spilled here and everywhere. Bamigboye is uniquely positioned to comment on this Royal rumble, the pressure to dig up dirt and the complicity of Fleet Street and Buckingham Palace played in the daily scrum that led to the death of Harry and William’s mother Princess Diana, and created the rupture between Harry and his family that led to their exit to California, and to spill the tea in unprecedented fashion. 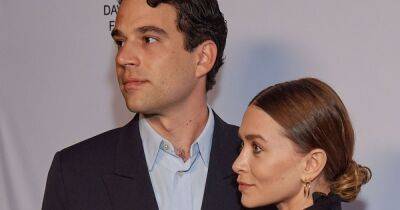 The slow burn! Ashley Olsen and Louis Eisner’s romance has flown under the radar since its 2017 start — and that’s the way the designer likes it. 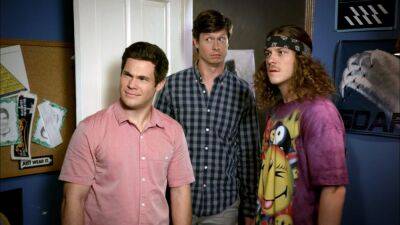 ‘Workaholics’ Film Scrapped By Paramount+, Per Adam Devine: “We Are Deeply Butt Hurt About This Decision”

Paramount+ has canceled its plans for a Workaholics film, just five weeks out from production, according to Adam Devine, who co-created and starred in the original sitcom for Comedy Central.

Piers Morgan, 57, has said that Prince Harry, 38, “finally admitted” there was “no racism” against his wife Meghan Markle, 41, from members of the royal family. His bold claim follow’s Prince Harry’s latest interview on ITV, where he fiercely defended his new, tell-all memoir, Spare.The presenter dramatically exited Good Morning Britain back in March, 2021 following an on-air spat about the Duchess of Sussex.“Now he’s finally admitted there was no racism, two questions,” he continued.“a) Do I get my old job back? b) Why should we believe a word they say?” (sic)Express.co.uk have contacted Prince Harry and Meghan Markle’s representatives for comment.Piers’ comments come after Prince Harry surprised some ITV viewers by explaining that he would not describe his family’s behaviour as racist.Sitting down with journalist Tom Bradby for an interview in his California home, he spoke about the infamous incident involving his son Archie as he promoted his explosive new memoir, Spare.“Did Meghan ever mention that they’re racist?” he asked Tom in the interview that took place on December 20.

The waiting game? Sister Wives’ Meri Brown revealed where she and Kody Brown stand after he made the “decision” they were no longer a couple. 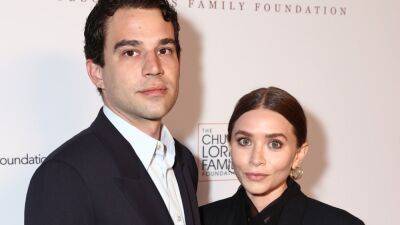 .Despite being linked since 2017, didn't even make an appearance on Eisner's Instagram Story until 2021 when he posted a photo of The Row designer hiking with a machete in hand. “We were raised to be ,” twin sister n explained in a rare interview in June 2021. Discreet indeed. 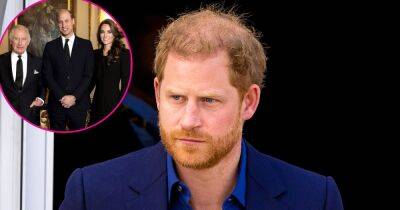 Prince Harry had a lot to say about his royal upbringing and his family in his Spare memoir, which has already damaged their connections. 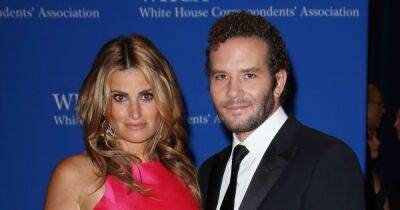 Idina Menzel and Aaron Lohr’s Relationship Timeline: From Costars to Husband and Wife

A happy ending! Idina Menzel and husband Aaron Lohr were costars more than a decade before they exchanged wedding vows. 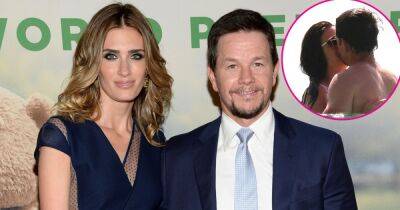 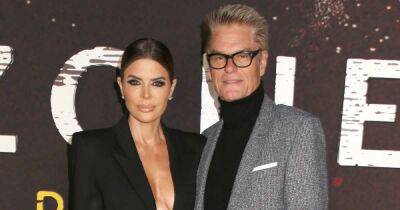 A story for the ages. Lisa Rinna and Harry Hamlin have been married for over two decades — but the couple’s journey to happily ever after wasn’t always easy. 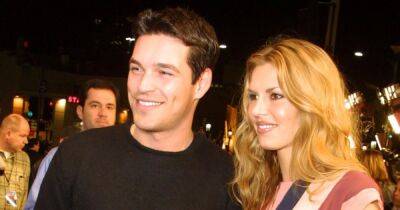 Arnold Schwarzenegger, 75, teams up with friend for his near-daily morning bike ride in LA

He made bicycle riding with friends and family an integral part of his daily exercise routine over the years.And on Thursday, with the Christmas holiday just a few days away, Arnold Schwarzenegger teamed up with a buddy for another one his rides through the streets of Los Angeles, which usually ends with a workout at the Gold's Guy in Venice Beach.Over the years the former California governor has made a habit of sharing his almost-daily bike ride with a family member, including sons Patrick, Christopher and Joseph, and daughters Christina and Katherine, longtime partner Heather Milligan, or a friend like Ralf Moeller. Morning routine: Arnold Schwarzenegger, 75, looked fit and ready for his almost-daily bike ride around Los Angeles on Thursday that typically ends at the Gold's Gym in Venice BeachThe grandfather of two kept it sporty in black shorts that read: 'Arnold's Pump Club' across the left thigh with a dark blue t-shirt and matching sneakers and knee-high socks.The former bodybuilding champion covered up at times by wearing a dark blue jacket. 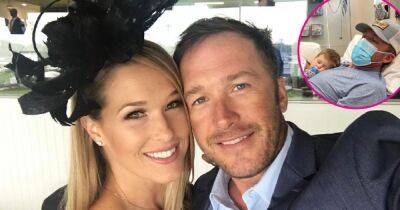 Bode Miller and Morgan Beck Rush Son Asher, 3, to Hospital After He Suffers a Febrile Seizure: ‘Scared Us Half to Death’

A family fear. Bode Miller and Morgan Beck gave fans an update on 3-year-old son Asher after he was hospitalized for a health scare.

Kendall Jenner and Hailey Bieber got edgy in a photo booth as they playfully posed with middle fingers up on Saturday night when the pair attended Billie Eilish's star-studded 21st birthday. Jenner, 27, and Bieber, 26, looked like they were having an absolute blast taking the black-and-white photos, which they both posted to their Instagram Stories. Kendall also posted some sultry sepia shots of herself on Sunday, capping off a busy weekend for the supermodel as she celebrated her nephew's epic 13th birthday on Saturday night as well.  Happy Birthday Billie! Kendall Jenner, 27, and Hailey Bieber, 26, posed up a storm together in a photo booth on Saturday night when the pair attended Billie Eilish's star-studded 21st birthday in West HollywoodLooking glamorous like always, Jenner and Bieber joined Eilish in West Hollywood for her holiday-themed birthday bash.  The two stunners took to the black-and-white photo booth and embraced their silly side. Joining Kendall and Bieber for photos was their friend Jesse Jo Stark, 31. The three friends ran through the typical array of classic photo booth looks, flashing cheesy grins, sticking out their tongues, smooching their lips and flipping off the camera. Eilish's party came on the heels of her Friday night performance at the Kia Forum in Ingelwood, California, where the singing sensation was presented with a cake on stage by her tight-knit family and new boyfriend Jesse Rutherford, 31. 'Want to take shots?' Billie joked from the stage. 'Give me two days. 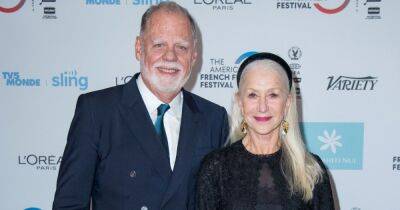 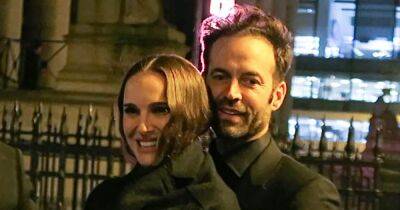 A beautiful love story. Natalie Portman and her husband, Benjamin Millepied, met on the set of her film Black Swan in 2009.