Olivia Wilde Is Still ‘Very Much Upset’ Over Harry Styles Split, Dating ‘Isn’t on Her List of Priorities’

Riding solo. Olivia Wilde is taking time for herself — and focusing on healing — following her split from Harry Styles.

“Olivia is still very much upset about the breakup,” a source exclusively reveals in the latest issue of Us Weekly, noting that the Booksmart director, 38, is “trying to move on.”

The Tron: Legacy actress recently went on a girls trip to try and reset after news broke last month that she and the former One Direction singer, 28, had parted ways after nearly two years together.

“Olivia thought going on vacation would allow her to decompress,” the insider says.

The New York native has been “leaning on friends” after the breakup, the source tells Us, adding that “dating isn’t on her list of priorities” at the moment.

Wilde was first linked to the “Watermelon Sugar” crooner in January 2021 after they were spotted attending Styles’ manager’s wedding together in California. The duo met while working on Don’t Worry Darling in late 2020.

“Harry and Olivia had chemistry almost instantaneously on set,” a source exclusively told Us of the actor and director’s work dynamic at the time. “It was only a matter of time before they got together.”

The British singer’s romance with his director, however, fizzled out nearly two years later. Us confirmed on November 18 that Styles and Wilde had broken up.

The news came just days after the Lazarus Effect actress attended the “Two Ghosts” artist’s Love on Tour concert in Los Angeles with her two children, son Otis, 8, and daughter Daisy, 6. Wilde shares her little ones with ex-fiancé Jason Sudeikis, whom she split from in fall 2020.

The actress confirmed in September that there wasn’t any crossover between her relationships with Styles and Sudeikis. “The complete horses—t idea that I

Tags: Harry Styles Jason Sudeikis singer exclusive actress Britain New York Los Angeles California
See showbiz news on usmagazine.com
The website popstar.one is an aggregator of news from open sources. The source is indicated at the beginning and at the end of the announcement. You can send a complaint on the news if you find it unreliable.
Related news and gossips

WILDEST celebrity splits and break-ups of 2022

KIM Wilde has divorced her husband Hal Fowler after 25 years of marriage. The 62-year-old star shocked fans by releasing a statement revealing the former couple had "amicably separated by agreement" last year. The joint statement, which Kim shared on Twitter, read: "Kim Wilde and Hal Fowler wish to announce that they amicably separated by agreement last year and have divorced." Kim and Hal - who have kids, Harry, 24, and Rose, 22, together - insisted there was "no third party" involved in their decision to go their separate ways in 2021.

Scathing film reviews, accusations of 'queer baiting' and the now notorious 'spit-gate' saga - it's safe to say not everything has gone to plan for Harry Styles over the past year. The talented British pop star, 28, is currently travelling the world as part of his Love On tour, and recently became one of the very few artists to finish a 15-show sold-out run at Madison Square Garden in New York. The former One Direction singer has continued to enjoy great music success, particularly in the US, where he became the first ever soloist to spend at least 15 weeks at No.1 on the Billboard Hot 100 with his single As It Was. He's also been nominated for six Grammy awards.But not everything has been plain-sailing for former X Factor contestant, with accusations of 'queer baiting' once again erupting online - not helped by his clumsy comments on gay sex during the press tour for his latest film My Policeman.He's also been far from the critics' choice in both of his movies this year, including Don't Worry Darling, in which many said he failed to hold his own against the Oscar-nominated Florence Pugh - whose feud with the flick's director and Harry's then-girlfriend Olivia Wilde garnered far more press than the actual contents of the film.And he is now being criticised for a Gucci ad campaign in which he poses in a teddy-bear t-shirt next to a toddler bed, just a few weeks after the fashion house's sister brand Balenciaga was embroiled in a child imagery scandal.   Styles appears in the new 'HA HA HA' Gucci campaign in an array of outfits and with different props, including this toddler mattress. 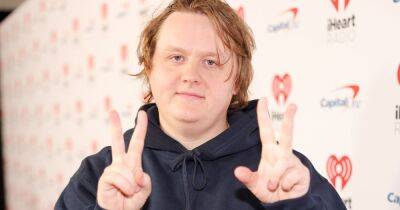 Olivia Wilde was spotted leaving her favorite gym in Los Angeles after a morning workout on Wednesday.The Cowboys &amp; Aliens star had wore basic black as she carried a canvas tote over her arm. This comes after claims the 38-year-old actress has been sad after her breakup with superstar Harry Styles. The couple dated for 19 months before they split in November.

Olivia Wilde is all smiles with her kids Otis, 8, and Daisy, 6, as they enjoy Jeni's ice cream

Olivia Wilde and her kids Otis, 8, and Daisy, 6, apparently all screamed for ice cream as they enjoyed a sweet treat on Tuesday.The 38-year-old actress was all smiles with her two kids as they enjoyed Jeni's Splendid Ice Creams in Los Angeles.The outing comes just a day after her movie Don't Worry Darling was snubbed at the Golden Globes... in the aftermath of the on-set scandal...

Well, well, well, you learn something new every day!

Olivia Wilde kept it casual as she stepped out for a coffee run in the Los Feliz neighborhood of Los Angeles on Friday.Wilde showed off her fit figure in skin-tight black yoga pants, a grey hoodie, and black running shoes. The beauty went makeup-free with a green hat and black sunglasses.This sighting comes after claims the 38-year-old actress is 'very upset' after she split from Harry Styles, 28 - whom she directed in Don't Worry Darling - in November.

IT IS becoming one of the biggest days in the pop calendar – the one when you are brought back down to Earth and told with scientific certainty you’re nowhere near as cool as you think you are. Music streaming giant Spotify has once again mailed users its annual listening round-up, reminding fans of what tunes they truly rate. 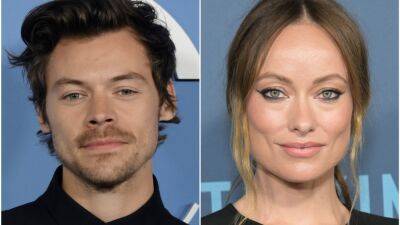 People, Olivia Wilde is having a “difficult time” following her split from Harry Styles.Earlier in November, it was reported that and were “taking a break” after dating for about two years. The pair met on the set of in October 2020 and were by January 2021. “He’s still touring and is now going abroad.