In the penalty box. Odell Beckham Jr. was escorted off of a plane after allegedly “refusing” to comply with safety protocols — and his lawyer is speaking out.

The NFL star, 30, boarded a commercial flight on Sunday, November 27, leaving Miami for Los Angeles. Police were later notified of a medical emergency as the crew grew concerned for a passenger before takeoff.

“At approximately 9:30 a.m., officers from Miami-Dade Police Department, were dispatched to a medical emergency at an American Airlines flight,” the Miami-Dade Police Department told NFL Network in a statement. “Fearing that Mr. Beckham was seriously ill, and that his condition would worsen through the expected 5 hour flight, the attendants called for police and fire rescue. Upon the officers [sic] arrival, the flight crew asked Mr. Beckham several times to exit the aircraft, which he refused.”

American Airlines issued a separate statement addressing the incident, noting that the aircraft “returned to the gate before takeoff due to a customer failing to follow crew member instructions and refusing to fasten their seatbelt.” The flight “re-departed at 10:54 a.m. local time” after Beckham Jr. was removed.

The Louisiana native seemingly weighed in on the situation via Twitter on Sunday, writing, “Never in my life have I experienced what just happened to me… I’ve seen it all.” In subsequent posts, the pro athlete called out the “comedy hr” moment and reiterated: “I COULD NEVER MAKE THIS UP.”

Tags: Odell Beckham-Junior stars Department Airlines USA Miami state Louisiana Los Angeles, county Miami county Miami-Dade
See showbiz news on usmagazine.com
The website popstar.one is an aggregator of news from open sources. The source is indicated at the beginning and at the end of the announcement. You can send a complaint on the news if you find it unreliable.
Related news and gossips 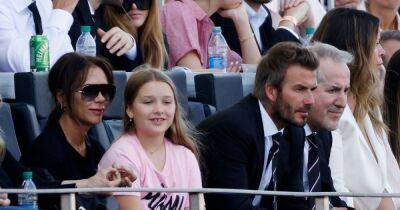 Victoria Beckham has revealed her husband David was "heartbroken" after their daughter Harper was recently embarrassed by her parents on the school run.

VICTORIA Beckham looked incredible in a see-through shirt as she showed off her toned arms in a mirror selfie. The 48-year-old posted the stunning snap on her Instagram Story for her 30.4m followers to see.

While many social media users took to the post's comments to compliment the aspiring chef, others questioned his dish.Phoenix7093 said: "In the words of Ramsay, it's raw. It looks vile!"Aimerfille_vinrouge added: "Sliced raw tuna and cucumbers with oil, where's the chef?"Imi.Shariff commented: "Please be very careful with mandolin….pinky got a slice taken off…had to get finger cauterized." (sic)However, other social media users took to the post to compliment the aspiring chef for his tutorials.Serena Williams commented: "Can I come over?"Feelan4260 added: "I want to try raw fish so bad! Where should I start? I need help!"Zezo_9610 said: "I feel it is illegal to be that perfect."It comes after Brooklyn's fans were left bemused on Sunday after the self-confessed "kitchen nutter" filmed himself making easy cocktails.The star taught his followers how to make a Lychee martini as well as a gin and tonic.He then claimed he was "very experimental" when making drinks but proceeded to make a gin and tonic with the two most obvious ingredients.Brooklyn said in the short video: "I'm very experimental, I love trying to make new drinks, trying new recipes, you know I'm a nutter in the kitchen."I used to love going to the pub with my friends but obviously now I'm married and have my best friend with me all the time.

VICTORIA Beckham was seen enjoying an early family Christmas celebration last night as her family got together. The Spice Girls star was seen posing alongside her rarely-seen sister Louise, 39, as well as snapping pictures of her nieces and parents. Victoria, 48, took to her social media with the family photos as she gathered with her children for a meal out at a swanky restaurant.

Victoria Beckham is getting real about what she’s had done — or not — to her face! 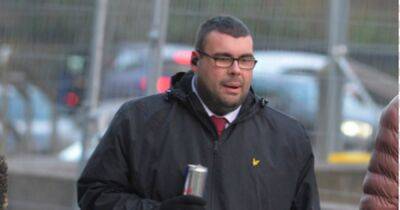 A masked thug sliced open a shopkeeper's arm after he refused to give him money.

Victoria Beckham, 48, has been dogged by rumours that she and Brooklyn's wife are at loggerheads, fuelled by Nicola opting to walk down the aisle in a Valentino dress instead of one of her VB designs. However, her voice audibly softened when the topic turned to her beloved Brooklyn and his married life."We're so close to our children. 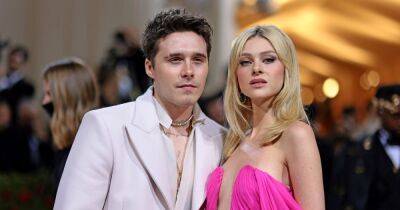 Nicola Peltz has shared a mysterious message about the 'tears she cried in 2022' in a social media post. 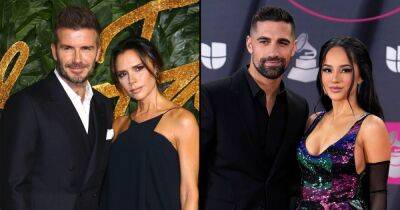 Celebrities Who Are Dating or Married to Professional Soccer Players: Victoria Beckham and More

Mel C was almost kicked out of Spice Girls after row with Victoria Beckham: 'I told her!'

Loose Women today and recalled one incident at the Brit Awards during her time with the Spice Girls that nearly cost her her job.Sporty Spice described the moment as a "kerfuffle" between herself and Victoria Beckham, with the big bosses making it a "huge issue".Mel appeared on Friday's Loose Women to chat to panellists Kaye Adams, Stacey Solomon, Nadia Sawalha and Judi Love.They questioned the singer: "You thought you were getting kicked out of the band at one point?"Mel explained: "We were at the Brits in 1996 and no one knew us at that point, we released Wannabe in the summer of that year and this was February."As we’re leaving, there was a little kerfuffle with Victoria, not a major one but I told her where to go."And the next day, it was a huge issue and I was told off for it, and I understand why because we had to stick together as a girl band."I was told if that behaviour ever happened again, then I would be out."Mel said that the argument had happened after a night of the girlband drinking champagne, with the ceremony taking place before their careers skyrocketed.The singer also opened up about a remark about the size of her thighs as a young girl that led to her cutting out certain food types, before other catalysts eventually triggered eating disorders.Panellist Nadia mentioned how upset she was reading how a comment about Mel's body during her early twenties changed how she saw her body going forward in life."It was really early on in the Spice Girl's journey and I did a backflip," Mel began as she recalled the story herself.She continued: "Someone commented how they were surprised I could do a backflip with 'thighs that big'."I never had any body image issues up until that point, I was what we would deem as a

VICTORIA Beckham gave fans a very rare look inside her £31million London home today. The Spice Girl, 48, shared a video of David sitting in the kitchen drinking coffee while singing along to Christmas tunes. 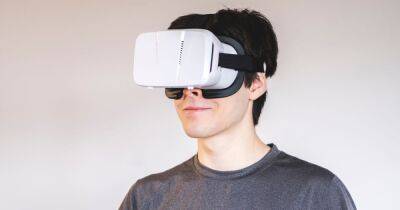 Boy, 10, shot and killed mum after she refused to buy him virtual reality headset

A 10-year-old boy killed his mum by shooting her because she refused to buy him a virtual reality headset, prosecutors have said. The boy, from Milwaukee, intentionally aimed the weapon at his mum before pulling the trigger. 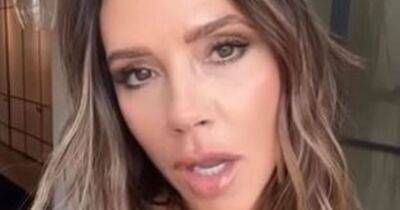 Victoria Beckham was unimpressed after her son Romeo's dog tried to get a hold of her luxury advent calendar over the weekend. 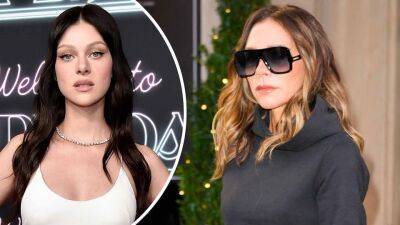 The rumoured tension with Brooklyn’s wife Nicola Peltz-Beckham may be showing no signs of improvement, but Victoria Beckham can finally breathe a sigh of relief. Son Romeo has rekindled his romance with girlfriend Mia Regan – and Posh is telling pals she has an ally back on her side.Romeo, 20, and Mia were reported to have ended their three-year romance in July, but last week, it was clear things were back on when they celebrated her 20th birthday together in London.Mia and Victoria have always been close, with the pair teaming up last month to release a vintage denim collaboration.“Vic is so happy that Romeo and Mia are back on,” says heat’s source.

Selena Gomez celebrated the Thanksgiving holiday with her new besties Brooklyn Beckham and his wife Nicola Peltz.The trio were among a group of friends who made their way into the kitchen to help in the preparation of their holiday meal, and it was all documented in a TikTok video.Their festive holiday together comes amid the ongoing drama between Gomez and her old friend, Francia Raisa, who's also the woman who donated a kidney to the former Disney star after her long battle with lupus in September 2017.  Holiday cooking: Selena Gomez, 30, spent her Thanksgiving cooking fish and chips with new BFFs Nicola Peltz, 27, and husband Brooklyn Beckham, among a few other pals Playful: Beckham, 23,  got playful with the camera while mixing some ingredients in a bowl dressed pajama bottoms and a t-shirt with The Beatles on the frontOff the top of the TikTok video, Beckham, 23, can be sen mugging for the camera as he mixes some ingredients in a bowl by hand.Dressed in pajama bottoms and a t-shirt with The Beatles on the front, the photographer and model shares several sweet moments with his new wife.

JACQUELINE JOSSA’s 30th birthday party didn’t go to plan, when a row broke out that resulted in her husband Dan Osborne getting arrested. But I’ve learned that he has whisked the furious actress off to the Maldives on a luxury holiday in a bid to patch up their marriage. 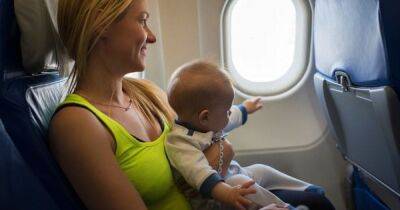 Sitting next to a baby on a flight can be an extremely frustrating situation to be in, especially if they are crying. One passenger, however, who found himself sitting beside a toddler on an aircraft, was put into an even stranger situation after he ended up sandwiched between the child's parents. 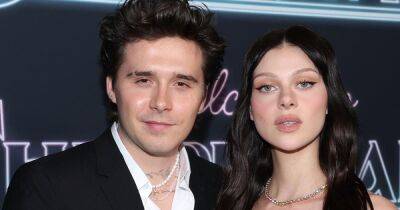 Nicola Peltz has praised her husband Brooklyn Beckham and said his support "means everything" to her. For months it has been rumoured that Nicola, 27, and her 48-year-old mother-in-law, Victoria, have fallen out.