LAUREN Goodger has been brutally mum shamed by trolls online after showing off her plump pout on Instagram. The TV star took to her social media to pose for a selfie on Wednesday evening, showing off her cushion-like lips.

Lauren, 36, who has been open in the past about using lip filler, recently had a top-up as she headed to the clinic. However, the star has since been brutally mum-shamed over the size of her lips as she pouted for a new snap.

Lauren, who is mum to baby Larose, one, tragically lost her second baby Lorena earlier this year after a complicated birth. The proud mum was seen donning a fluffy blue cardigan and wearing minimal make-up for a new snap on Instagram.

read more on lauren goodgerlauren's pain Lauren Goodger confirms she's got Strep after GP dash GOODGE RIDDANCE Lauren Goodger gets revenge on ex Charles Drury as he's dumped by her pal She showed off her brushed brows and long lashes, as well as her pillowy pout in the close-up selfie snap. "I've had a brow top up after two years," she penned in the caption, but not everyone was a fan of her new look.

"You are gorgeous but please don’t do any more to your lips," one wrote, as another chimed in: "Lips are far too big." "You should follow in Charlotte Crosby's footsteps and get them dissolved," a third agreed. Most read in ShowbizREST IN PEACE Batman actress and Elvis Presley's co-star dies after liver cancer battledazzling dan Danniella Westbrook flashes her pink bra on a night out in LondonSPECIAL TALENT Terry Hall cause of death revealed as The Specials singer dies aged 63proud mum Jorgie Porter shares adorable first pics of newborn baby boy Forest "Please stop blowing up those lips," penned a fourth, as a fifth concluded: "Beautiful lady but please

.
Tags: Lauren Goodger Charles Drury Elvis Presley Terry Hall Instagram show stars Charlotte county Crosby city Charlotte, county Crosby
See showbiz news on thesun.co.uk
The website popstar.one is an aggregator of news from open sources. The source is indicated at the beginning and at the end of the announcement. You can send a complaint on the news if you find it unreliable.
Related news and gossips

TOWIE favourite Lauren Goodger has posted an emotional tribute to mark the six-month anniversary of her baby's death. The reality TV star, 36, revealed her heartache in July as her second daughter Lorena passed away following complications at birth. 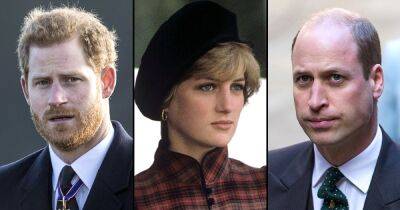 Prince Harry Thinks Late Mom Princess Diana Would Be ‘Sad’ Over Rift With Prince William: I Feel Her ‘Presence’

A royal reality. Prince Harry opened up about his tension with brother Prince William in his upcoming memoir, Spare, and he doesn’t think the late Princess Diana would be proud of where her boys’ relationship stands.

Lauren Goodger slammed by fans as she sells £4,000 coat on Instagram

LAUREN Goodger has come under fire for flogging a real fur coat online. The 36-year-old horrified her followers by showing off the flashy item made from red fox, telling them it could be theirs for just £1,000.

MOLLY-MAE Hague has been slammed for her "tone deaf" comments about her easy pregnancy. The reality star, 23, said she believes her body was "made to carry a baby" because she's had such a "smooth" and "incredible" pregnancy.

PREGNANT Molly-Mae Hague shocked fans when she headed out with boyfriend Tommy Fury on New Year's Eve. Some questioned how she had the energy to party when she's on the brink of giving birth.

LAUREN Goodger has been spotted stripping down completely naked for a raunchy snap in the bath. The former The Only Way Is Essex star took to her Instagram stories to tease her new raunchy OnlyFans content. Lauren, 36, has been back on X-rated site OnlyFans lately after a difficult year, showing off her sexy curves.

AMY Childs has said she's not going to breastfeed her twins - and is prepared to get mum-shamed for it. The former Towie star, 32, already has children Ritchie, four, and Polly, five, and is on the brink of giving birth to a girl and a boy.

Abbey Clancy cruelly mum-shamed after she posts a pic of daughter, 11, on holiday

ABBEY Clancy has been cruelly mum-shamed after she posted a picture of her daughter on holiday. Proud Abbey, 36, - who is currently on holiday in the Maldives – couldn’t resist sharing snaps of Sophia, 11, as she enjoyed island life.

MOLLY Mae Hague has been defended by her Instagram followers after cruel trolls accused the vlogger of "photoshopping" her baby bump. Loyal fans recently defended the Love Island alumni, 23, after she showed off her huge baby bump in a sweet Christmas snap - suggesting her spine would "snap." Now Molly's Instagram contingent have come out in force after a handful of keyboard bullies accused the Filter tan brand founder of editing both her bump and her bum.

LITTLE Mix star Leigh-Anne Pinnock has been defended by fans after she was mum-shamed. The singer, 31, posted adorable family snaps on her Instagram she celebrated Christmas.

KATE Ferdinand has been mum-shamed after sharing a rare picture of husband Rio Ferdinand and the kids. The former Towie star, 31, posed alongside her family for a Christmas photo as they all donned matching festive pyjamas. The backdrop of the snap saw a stunning Christmas tree in place as they gathered together. 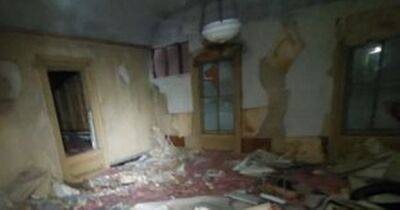 A homeowner was left gobsmacked after discovering that he had an entire house with four rooms hidden away inside his attic. The man, who was unaware of his property's history, was blown away as he uncovered the remnants of an old shop which was later turned into a church inside his loft.

MOLLY-MAE Hague has been defended by furious fans after she was ‘mum shamed’ over her incredible nursery. The Love Island star and boyfriend Tommy Fury revealed in September that they are expecting their first child.

MOLLY-Mae Hague has shared a stunning first look at the guest bedroom of her Cheshire home. The pregnant star - who is soon due to give birth to her first child - took to Instagram with the home update. Molly-Mae, 23, has been busy trying to get the home renovations finished before the birth of her baby. 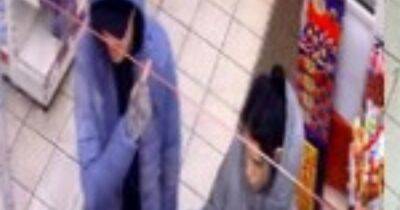 Mum sexually assaulted after visiting her sick babies in hospital

A mum was sexually assaulted after visiting her sick babies in hospital. The woman was subjected to cat calling by a group of men before having her bottom grabbed at, reports Hull Live.