JEFF Brazier has broken his silence after announcing his split from wife Kate. The TV presenter, 43, insisted he was ‘proud’ of himself for speaking out about the loneliness he was feeling after the end of his romance, despite initially feeling ‘embarrassed’ about his post. Sharing a clip about his heartbreak, Jeff told his followers: "I just wanted to say a big thank you to everybody that to my post yesterday.

Since I sent it, I felt a little bit embarrassed, like I'd made a fuss. "It's funny how things that we've been conditioned to feel all our lives sort of really follow you around.  "That must be changing for me otherwise I wouldn't have put it out there. I am proud to have shared something that was difficult.

I'm glad that lots of other people have sort of been able to identity with it." He added: "That was what I felt like I needed to do and it was the right thing. It was a brave thing really. But I'm really pleased that I did it so I encourage anybody else in a certain situation to do the same." Read More on Jeff BrazierHeartbreak Jeff Brazier's wife Kate breaks silence after split with heartbreaking message IT'S OVER Real reason why Jeff Brazier’s wife quit marriage eight weeks ago revealed Jeff broke the news of their break-up on Instagram yesterday.

He and PR guru Kate, 32, had been together since 2013 and got married in 2018. She left the Essex house she shared with Jeff and his sons Bobby, 19, and Freddie, 18, from his relationship with Big Brother star Jade Goody — who died from cervical cancer in 2009. Jeff posted that he had been working through the end of his relationship, on top of supporting someone close “who is going through something difficult”.

Tags: show stars Celebrity
See showbiz news on thesun.co.uk
The website popstar.one is an aggregator of news from open sources. The source is indicated at the beginning and at the end of the announcement. You can send a complaint on the news if you find it unreliable.
Related news and gossips

JEFF Brazier has shared a cryptic post after confirming his split from wife Kate. Last week the TV presenter, 43, revealed he and Kate had separated after nine years together.

Dianne Buswell, 33, put any split rumours to rest yesterday after sharing a sweet picture of herself facetiming her boyfriend Joe Sugg, 31.The pair met back in 2018 when they competed together on the BBC show Strictly Come Dancing. Earlier this week, there was some speculation about Dianne and Joe’s relationship after the Australian-born dancer flew home for Christmas alone. While some fans questioned whether the pair had perhaps split, plenty of Dianne’s followers also suggested the couple might simply be spending the festive period with their respective families. Last night, Dianne shared some sweet pictures from her trip to Australia so far to Instagram, including a snap from her video call with Joe. The pair both grinned as they chatted from different sides of the word, and Dianne captioned the post with some laughing and heart emojis. Dianne also stood alongside a family member dressed up as Father Christmas while on the call. The post comes after Dianne shared the news of her flight home with her 892,000 followers earlier this week. The Strictly pro held a glass of bubbly as she showed off her glamorous pink hair with a matching top, while contrasting the tee with bright red bottoms.As the series of pictures progressed, Dianne showed the realities of the 24-hour flight as she showed herself ready for bed and awake in the morning.She captioned the post: "I’m Almost in the land of Oz !!!! What a difference 24 hours of flying makes then vs now!”Earlier this year, Dianne opened up about adjusting to her life in the UK in an exclusive interview with Express.co.uk. “I don’t think there’s anything I find too weird about living here,” Dianne reflected.“I’ve been here now six years and that’s gone very quickly. “One weird

GORKA Marquez has broken his silence after it was announced he would not be taking part in the live Strictly tour. The pro dancer, 32,  competed in this year’s competition with Helen Skelton, but she will be hitting the road with Kai Widdrington instead.

JEFF Brazier's wife Kate has snubbed her estranged husband on social media following their split. PR guru Kate has unfollowed Jeff on instagram, just days after the dad of two revealed they had gone their separate ways. While Jeff, 43, is still currently following Kate, she no longer returns the favour, suggesting all is not entirely amicable.

Christmas without loved ones.TV personality Jeff Brazier, 43, and his estranged wife split after nine years together, the pair recently revealed. Yesterday, Jeff shocked fans when he announced they had decided to go their separate ways “earlier this year” after almost a decade together. Since then, Kate has taken to social media to share a heartbreaking message following their split. "Someone you know is preparing for their first Christmas without their husband, wife, mother, father, brother, sister, daughter or son,” the statement read. "Be kind, be generous, give love, give help; if nothing else. just don't give people a hard time,” she added in a post obtained by The Sun. Kate and Jeff married back in 2018 after first meeting in 2013. Jeff revealed that the pair have moved out of their shared home in a post to his 198,000 Instagram followers. “A moment to practise what I preach and start the new week with honesty,” he wrote. “One for the smilers and eternally positive individuals who don’t often afford themselves the right to share their own vulnerabilities.“I have so much to be grateful for and I appreciate facing the lessons I need to grow but this year has been challenging to say the least.“My nine year relationship ended earlier in the year and I’ve been working through that on top of supporting someone close to me who is going through something difficult,” he shared.“The boys and I have recently moved home to a new area &amp; I spend most of the time alone as the boys obviously have their own things going on.“It’s been constant change this year and I’m good with adapting but the combination of things have left me low at times and I’ve honestly never felt loneliness like it.

TELLY star Jeff Brazier yesterday admitted he is the loneliest he has ever felt — after splitting from his wife. It emerged that Kate Dwyer walked out eight weeks ago and told pals she didn’t want to be a “stay at home wife”.

JEFF Brazier announced he had split from his wife Kate Dwyer today after nine years together. But eagle-eyed fans think they have spotted a number of signs that pointed to the split happening MONTHS ago - from not posting photos together to holidaying solo, and unfollowing each other.

JEFF Brazier has revealed he's split from his wife Kate Dwyer after nine years together in an emotional social media post. The father-of-two, who shared his sons with Jade Goody before her tragic passing, married Kate, 32, in 2018. However, Jeff, 43, has revealed that the pair are due to go their separate ways "earlier this year" after almost a decade together.

Instagram today and revealed he and his wife have parted ways.The TV star opened up on his loneliness as he addressed a family change.Jeff, who shares two sons with the late star Jade Goody, married Kate Dwyer in 2018.The pair have been in a relationship for almost a decade and quietly went their separate ways earlier this year.Taking to Instagram to share the news, Jeff penned: "A moment to practice what I preach and start the new week with honesty. One for the smilers and eternally positive individuals who don’t often afford themselves the right to share their own vulnerabilities."I have so much to be grateful for and I appreciate facing the lessons I need to grow but this year has been challenging to say the least."My 9 year relationship ended earlier in the year and I’ve been working through that on top of supporting someone close to me who is going through something difficult."The TV star explained he and his sons, Bobby Brazier, 19, and Freddie Brazier, 18, have moved to another home as he opened up about struggling alone.His statement continued: "The boys and I have recently moved home to a new area &amp; I spend most of the time alone as the boys obviously have their own things going on."It’s been constant change this year and I’m good with adapting but the combination of things have left me low at times and I’ve honestly never felt loneliness like it. 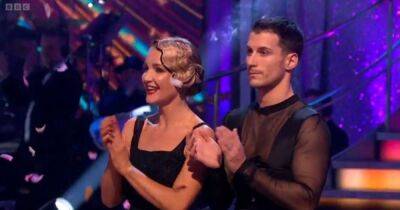 Jedidiah Duggar and his wife Katey Nakatsu surprised their families and announced they are expecting their second child together.And they decided to come clean to Jedidiah's parents, who are best known as the stars of former reality show 19 Kids And Counting, during the annual Duggar holiday party, which was all captured on camera and posted on their YouTube channel on Friday.The 13-minute video beings with the excited young parents staring into the camera with big beaming smiles on their faces.'We have some news. Big news. 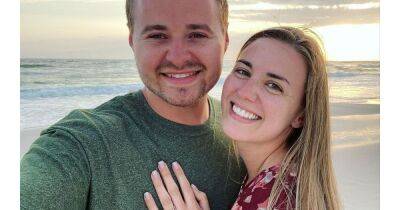 Ready for round 2! Jedidiah Duggar and his wife, Katey Nakatsu, announced they are expecting their second child. 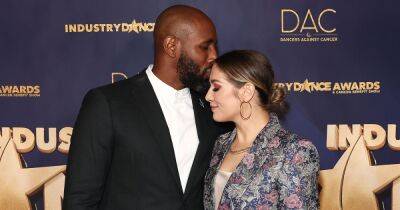 AMANDA Owen has broken her silence after her ex husband Clive's new show has replaced Our Yorkshire Farm. Channel 5 announced earlier this year they wouldn't be renewing the much-loved farming documentary series. 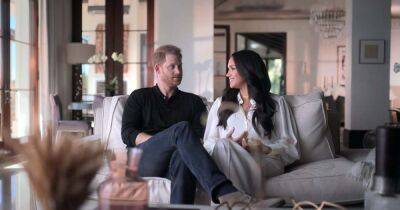