One viewer wrote on Twitter: "Public want ungrateful Charlene on a trial she keeps complaining about Matt getting 6 or 7 stars like do it yourself whiny She is receiving backlash Matt should have chosen another person to sleep with him . #ImACelebrity #ImACeleb." Another said: "Charlene please! She's a bit rude and ungrateful.

Can't stand the controlling either #ImACeleb." A third posted: "Can we all agree to vote Charlene for trials just cos she’s so ungrateful for any amount of stars that’s brought back #ImACeleb." Former Health Secretary Matt was given 11 minutes to unlock 11 stars while being buried alive in a deep trench. More on Matt HancockCHAIRISH THE MOMENT Matt Hancock suffers hilarious blunder after becoming camp leader'THEY WILL CLASH' Boy George’s pal reveals his pet hates & it’s bad news for Matt Hancock Snakes slithered through holes in the sides of his underground burial plot, and the shocking trial made for uneasy viewing.

Matt had been nominated for every trial since he joined the jungle as a late arrival, alongside comedian Seann Walsh. Some viewers have complained about his treatment with one calling it "glorified bullying".

The MP has often spoken about his fear of snakes and one flung itself at him during last night's trial. Most read in I’m A CelebritySEALED WITH A HISS I’m A Celeb stars in danger after deadly venomous snakes enter campCUT OFF I'm A Celeb's Scarlette 'doesn't know about co-star Jonnie Irwin's terminal cancer'OH BABY! I was I'm A Celeb's most controversial

.
Tags: M.A Matt Hancock Charlene White Twitter stars Celebrity
See showbiz news on thesun.co.uk
The website popstar.one is an aggregator of news from open sources. The source is indicated at the beginning and at the end of the announcement. You can send a complaint on the news if you find it unreliable.
Related news and gossips

I'm A Celebrity fans turned into eagle-eyed detectives this week after spotting that controversial campmate Matt Hancock, among others, appeared to be completely absent from the group's farewell dinner.

I'M A Celebrity...Get Me Out Of Here! host Declan Donnelly has been left red-faced after accidentally swearing on TV. Dec and his co-presenter Ant were just wrapping up a live segment when the Geordie said the word "s**t" by mistake.

A FURIOUS Ant McPartlin has raged against I'm A Celebrity fans after the latest celebrity eviction from the jungle last night. The TV presenter headed to Instagram alongside his co-host Declan Donnelly to give their opinion on Boy George being voted off.

I'M A Celebrity fans were left furious tonight when the show was delayed beacuse of the football. It comes after an evening of cancelled shows and delays on ITV because of the World Cup.

I'M A Celebrity fans spotted a clue that Scarlette Douglas changed her name. She was referred to as "Aunty Char" in her letter from home sent by her family, revealing her real name to be Charlotte. The A Place In The Sun presenter altered her name before she found fame on the popular Channel 4 property programme.

I'M A Celeb fans have turned on Boy George - with one branding him "toxic" and insisting they want him out of camp. The 61-year-old singer has proved one of the most direct campmates, last night telling Matt Hancock that he'd been "hating" on him.

I'M A Celebrity fans are longing for the return of sister show Extra Camp. The popular spin-off programme was axed in 2020 as it was deemed too expensive by ITV. Now that the programme has returned to Australia after two years in Wales due to the coronavirus pandemic, viewers have a sense that something is missing from the traditional format.

I'M A Celebrity fans are getting fed-up with the constant whining in camp and have branded this year's stars the most 'bitchy' ever. The series has been marred by bullying claims, with many uncomfortable watching shamed MP Matt Hancock being targeted by the likes of Boy George and Sue Cleaver. 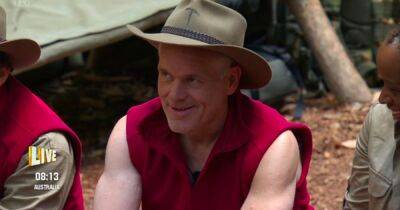 Chris Moyles has revealed to his I'm A Celebrity campmates that he used to weigh over 18 stone at his heaviest.

I’M A Celebrity viewers hit out at Boy George last night despite his kind gesture towards Charlene White. The pair had previously clashed over cooking duties and sleeping arrangements in the jungle after Charlene nominated herself as show chef. And the newsreader has been trying to make amends in recent days after hogging TWO beds in camp.

I'M A Celeb fans all said the same thing after Mike Tindall stripped down to his speedos. At the beginning of tonight's instalment of the ITV show, the rugby ace, 44, took a dip in the pool with Lioness Jill Scott.

I'M A Celebrity fans were left in hysterics at Mike Tindall's VERY crude comment about Seann Walsh during tonight's challenge. All of the celebrities took part in the Luck Of The Draw to be in with a chance of winning a day at the beach, feasting on a surf and turf barbie. Firstly Mike, Seann, Matt Hancock and Scarlette Douglas left camp to win some lucky balls. 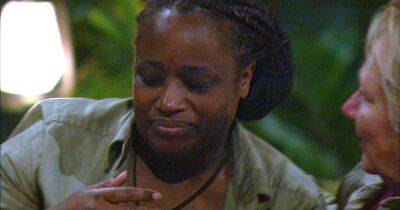 I'm A Celebrity fans were left fuming during Wednesday night's episode as Charlene White refused to sleep in the RV again. 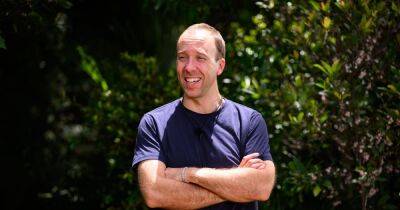 Fans are hitting out at Matt Hancock for failing to mention dyslexia during his time on I'm A Celebrity... Get Me Out Of Here! so far.

I'M A Celebrity... Get Me Out Of Here fans have slammed Matt Hancock in the Camp Leader battle for his choice of deputy.

FANS of I'm A Celebrity... Get Me Out Of Here have jumped in to defend Owen Warner after noticing a "patronising" comment.