An onlooker said: “Seann could not wipe the smile off his face. "He was very animated and you could see he was bursting with stories to tell her.

Grace looked smitten.” Seann, in the camp for 21 days, was greeted with cheers as he walked through the lobby on Friday night. He was hugged by former campmates Boy George, 61, Charlene White, 42, Chris Moyles, 48, Sue Cleaver, 59, Scarlette Douglas, 35, and Babatunde Aleshe, 36, along with the friends and family of the cast.

READ MORE ON I'M A CELEBRITYJUNGLE RUMBLE Fans fury as Matt Hancock reaches final after Mike Tindall exits I'm A CelebJUNGLE V.I.P Zara Tindall becomes first Royal to visit I'm A Celeb jungle to meet Mike Grace is keeping the gender of their first child a secret. Speaking to The Sun on Sunday while Seann was in the jungle, she said: “We are probably going to have a first birthday party where Boy George is performing — and maybe Babatunde will come on and do a set! It will be great.” She moved in with her parents temporarily while Seann was in the jungle, and said recently that her man is a big kid at heart.  “Seann is literally laughing all the time and because his laugh is so loud even the neighbours messaged me like: ‘We really miss hearing Seann laugh in the morning’.  Most read in The SunFUN IN SUN Matt Hancock's girlfriend Gina soaks up sunshine as she waits for his IAC exitALL CHANGE I’m A Celebrity semi-final delayed in ITV schedule shake-upWHO'S LION

.
Tags: Zara Tindall Mike Tindall Matt Hancock Chris Moyles Sue Cleaver Charlene White Babatunde Aleshe Grace Adderley man BURST
See showbiz news on thesun.co.uk
The website popstar.one is an aggregator of news from open sources. The source is indicated at the beginning and at the end of the announcement. You can send a complaint on the news if you find it unreliable.
Related news and gossips 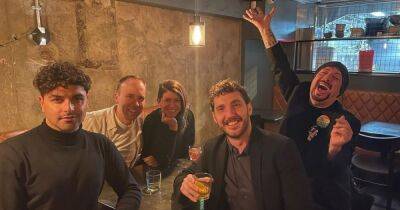 Seann Walsh was buzzing after some of his I'm A Celebrity campmates supported him at his recent comedy show.

I'M A Celebrity star Seann Walsh celebrated his final "child free" birthday with a winter walk - and jet lag. The comedian captured himself turning 37 in a bed-time selfie posted to his Instagram page.

SEANN Walsh looked happier than ever as he jetted out of Australia alongside his pregnant girlfriend. The I’m A Celeb star, 36, was clearly delighted to be back in his comfort zone after roughing it in the jungle for weeks. Seann and  Grace Adderley are expecting their first baby together in February and are keeping the gender secret.

ZARA Tindall looked stunning as she glammed up for the I'm a Celebrity wrap party. The royal, 41, was on hand to support husband Mike, 44, who came fourth place in the competition. Zara opted for a green mini dress, flashing her long legs as she accessorised with a metallic bag. 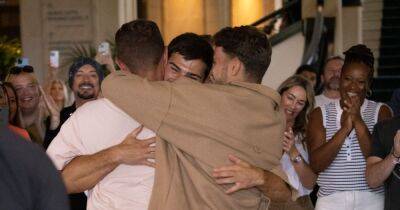 Hollyoaks star and I'm a Celebrity... Get Me Out of Here! runner-up Owen Warner had an emotional reunion with his two brothers after leaving the jungle.

I'M A Celebrity fans are all saying the same thing as Jill Scott was crowned Queen of the Jungle. Tonight's final of the hit ITV reality show saw Jill Scott and Owen Warner battle it out for the crown as Matt Hancock finished third.

BOY George's behaviour moments after Jill Scott was crowned Queen of the Jungle set tongues wagging among viewers. I'm A Celebrity fans were shocked by the musical icon's antics in the closing moments of the show as he threw his drink in the air.

I'M A Celebrity's Seann Walsh was all smiles as he arrived at a luxury hotel with his pregnant girlfriend after his show exit. The comedian, 36, didn't look at all disheartened about missing out on tomorrow night's final.

FURIOUS I'm a Celebrity fans slammed the show as Seann Walsh became the seventh person to leave the jungle. The comedian ended up in the I'm a Celebrity bottom two with Owen Warner, but received the fewest public votes to be sent home tonight.

SEANN Walsh's pregnant girlfriend Grace Adderley has showed off her blossoming bump and insisted he'll be shocked when he leaves the jungle. Dance teacher Grace is currently in Australia while comedian Seann, 36, competes in I'm a Celebrity. 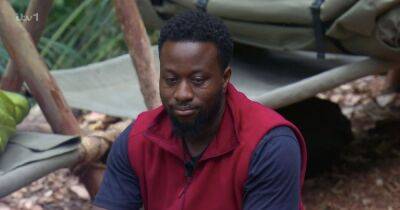 I’M A Celebrity fans think Seann Walsh should be punished for ‘avoiding’ trials. The 36-year-old comedian has been very open about not wanting to take part in any more since the campmates have started choosing who does what.