Last night, the I'm A Celebrity... Get Me Out Of Here contestants were treated to their letters from home after a successful challenge.

The group gathered around the fire to read out each other's emotional letters, when viewers noticed show "favouritism". They flooded social media to hit out at how sad music began to play as former Health Secretary Matt Hancock's letter was read out loud.

Fans noticed how a sad song was playing in the background, only for the MP to listen to his letter, written by Gina Coladangelo. READ MORE ON I'M A CELEBHOLD THE PHONE! I'm A Celeb fans 'spot mobile phone' on Sue CleaverCURIOUS GEORGE I'm A Celeb fans shocked Boy George making U-turn as he defends campmate Matt, 44, and girlfriend Gina were caught out having an affair during the coronavirus lockdown last year - and are now in a relationship.

The pair, who were both married, were caught snogging on CCTV in his office - with their affair exposed by The Sun. Footballer Jill Scott read out the letter: "Dear Matt, watching you in the jungle has been quite the experience.  "We are particularly impressed that you conquered your fear of snakes. We are less sure about the dancing." Most read in TVunexpected I'm A Celeb 'fix' row as fans shocked by Scarlette Douglas' surprise evictionMIKE’S MONEY GRUB Mike Tindall 'is on I'm A Celeb for cash after work dried up in lockdown'STRICTLY pals Giovanni Pernice hangs out with Strictly boss at after-show partyNEARLY THERE Molly-Mae Hague admits

.
Tags: Giovanni Pernice Molly-Mae Hague M.A Jill Scott Mike Tindall Matt Hancock Gina Coladangelo show Celebrity Music Hague
See showbiz news on thesun.co.uk
The website popstar.one is an aggregator of news from open sources. The source is indicated at the beginning and at the end of the announcement. You can send a complaint on the news if you find it unreliable.
Related news and gossips

I'M A Celebrity star Owen Warner revealed his shock weight gain after leaving the jungle just one week ago. The Hollyoaks star, 23,  who struggled with the meagre rations in camp, said he's been eating non-stop since the show.

Meghan Markle's and Prince Harry's new series, the latter claimed there is "leaking" and "planting" of stories within the Royal Family.The Duke of Sussex branded it a "dirty game" in the second Netflix trailer for Harry &amp; Meghan, which dropped today.Former BBC Breakfast host Dan Walker took to Twitter and reacted to the teaser, in view of his 780,000 followers.In the clip, Harry also discusses the "pain and suffering" of women marrying into the Royal Family.He says: "It's really hard to look back on it now and go 'what on earth happened?'"Videos play of the couple receiving rapturous applause while carrying out royal duties as well as announcing their engagement and their wedding in 2018.The teaser then cuts to Meghan saying "and then" before snapping her fingers with Harry adding: "Everything changed.""There's a hierarchy of the family, you know, there's leaking, but there's also planting of stories. It's a dirty game," Harry continued.He adds: "The pain and suffering of women marrying into this institution, this feeding frenzy.

LOVE Island fans have been left convinced that Andrew Le Page has secretly popped the question to girlfriend Tasha Ghouri. Andrew and Tasha made it to the final of this year's Love Island and their relationship has gone from strength to strength.

I'M A Celeb's stars were shown chatting on the show's set - not realising that cameras were still rolling. A member of the crew was hosting an Instagram live on Ant and Dec's official social account and captured all the action.

I'M A Celebrity viewers broke down in tears after Owen Warner reunited with his mum tonight on the ITV show. The Hollyoaks star, who plays Romeo Nightingale in the Channel 4 soap, placed second behind new queen of the jungle Jill Scott. Before hosts Ant and Dec chatted to winner Jill, they had a few words with Owen.

I'M A Celeb fans predict show's results after they spot HUGE clue. They reckon they will finish in the colours they wore during the celebrity cyclone. 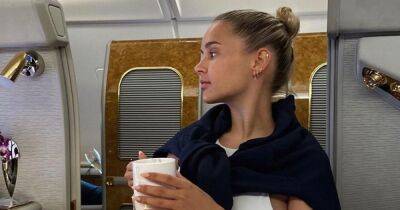 Love Island star Molly-Mae Hague has shared some snaps as she jets home from a luxury holiday in Dubai - her last before she gives birth to her baby girl.

LOVE Island series four winner Jack Fincham has revealed his new look as he confirms a surprise change of career. The 31-year-old has turned over a new leaf since overcoming his battle with drugs last year. Sharing a poster of himself dressed as Jack in Jack and the Beanstalk, the reality star announced he's doing panto.

Strictly fans furious as guest’s performance is ‘ruined’ – but did you spot what happened?

STRICTLY Come Dancing fans have been left furious after a guest's performance was "ruined" on last night's results show. Fans of the BBC One dance competition flooded social media to complain about the blunder that spoiled Sam Ryder's song.

OUTRAGED I'm A Celebrity viewers are claiming racism is behind the elimination of black campmates Charlene White and Scarlette Douglas. Many couldn't believe A Place In The Sun's Scarlette got the boot so early after being touted as a potential finalist. She was in the bottom two with her best mate in the jungle, black comedian Babatunde Aléshé, and her eviction came after Loose Women's Charlene became the first campmate to be voted out.

I'M A Celeb is in a 'fix' row as fans claim Mike Tindall lied to win stars. Tonight's episode saw the celebrities take part in a trial called Partners in Grime. Babatúndé read the laminate out: “Celebrities, all of you will be taking part in today’s Trial, Partners In Grime.

I'M A Celebrity... Get Me Out Of Here has been embroiled in a "fakery" row after a campmate was accused of playing up for the cameras. Hosts Ant McPartlin and Declan Donnelly were joined by Stephen Mulhern in an Instagram live video on Thursday evening to discuss who they thought would be the first to leave the jungle.

I'M a Celebrity fans have hit out at Matt Hancock and branded him "entitled" after he won the beach BBQ. Former Health Secretary Matt, 44, landed the treat with Sue Cleaver and Jill Scott after the latest trial.

I'M A Celeb viewers were left horrified as one of the stars was forced to get medical help after their trial went wrong. Tonight saw the camp pick Mike Tindall, Owen Warner, and Jill Scott take part in the ‘Scareground’ Trial to earn more balls.  Lioness Jill decided to go in the Unlucky Dip, while rugby ace Mike took part in the Critter Carousel, and Hollyoaks star Owen bossed it in the Fiendish Ferris Wheel.  At the end of the Trial, Jill was left panicking when she realised something didn't feel right. 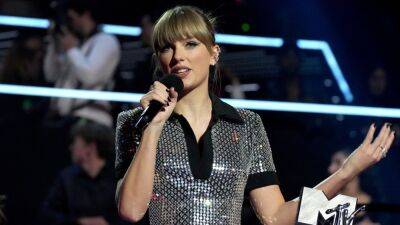 for supposedly verified fans and Capital One cardholders desperate for a shot at seeing the artist's upcoming , Ticketmaster has come baring more bad news: Due to “extraordinarily high demands” on their site, the general sale planned for November 18 has been canceled. According to the company, which is owned by Live Nation Entertainment, there is “insufficient ticket inventory" to meet the public demand. They should have added, “I'm the problem.

MOLLY-MAE Hague has shown off her blossoming baby bump after dropping hints about potential names for her little girl. The 23-year-old is expecting her first child with boyfriend Tommy Fury. He and Molly are currently in Dubai where the influencer has been flaunting her pregnancy figure in some stunning snaps.

I'M A Celebrity... Get Me Out Of Here have been left baffled after spotting 'vegan' Boy George scoffing jelly babies. Eagle-eyed viewers took to social media in confusion after George, 61, tucked into a handful of the sweets after the Deals On Wheels task.