Gwyneth Paltrow Says She Remains Friends With ‘Pretty Much’ All of Her Exes: ‘I Really Believe in Conscious Uncoupling’

Forever friends. Gwyneth Paltrow explained that most of her exes are still in her life, and she prefers it that way.

When a fan asked via Instagram on Friday, December 16, if the Goop founder, 50, is friends with her exes, Paltrow said she was “pretty much” pals with most of them.

“I really believe in conscious uncoupling,” she wrote. “When you spend meaningful time with someone, it’s nice to have it morph into friendship. I don’t want to have bad blood with anyone, ever (if I can help it).”

Paltrow is famously close with ex-husband Chris Martin, with whom she shares children Apple, 18, and Moses, 16. They “consciously uncoupled” in 2016 after 13 years of marriage. However, the Oscar winner also very friendly with Brad Pitt. She dated the Fight Club star from 1994 to 1996. While they “weren’t friends for awhile” after their split, they “found our way back, probably about 18 or 19 years ago” and have stayed in touch ever since, she told Entertainment Tonight in October.

Her husband, Brad Falchuk, who she married in 2018, supports her friendships with former flames. “Probably one of the things that he likes about me is that I believe in conscious uncoupling, whether you’re uncoupling with a coworker, a spouse, a boyfriend,” Paltrow said at the time. “I really do believe that if you’ve invested in somebody — and of course there are exceptions — to amputate that relationship [shows that] maybe you’re not then fully letting the full lesson reveal itself and the healing happen.”

The Avengers: Endgame star exclusively told Us Weekly in the fall that she tries to welcome change into her life. “I always try to embrace every transition that comes with a degree of openness and even if they’re painful sometimes, there’s always beauty

Tags: Brad Pitt Gwyneth Paltrow Brad Falchuk Chris Martin Instagram stars
See showbiz news on usmagazine.com
The website popstar.one is an aggregator of news from open sources. The source is indicated at the beginning and at the end of the announcement. You can send a complaint on the news if you find it unreliable.
Related news and gossips 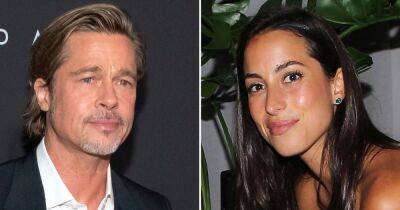 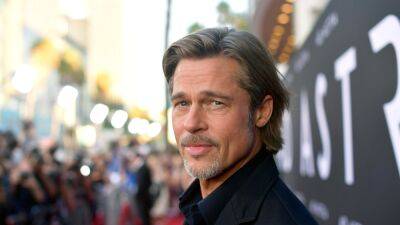 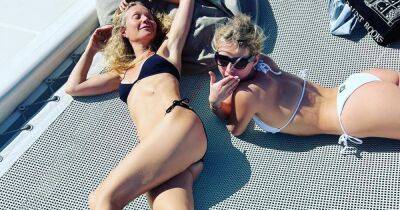 Gwyneth Paltrow kicked off 2023 under the sun. The actress and her family rang in the new year on vacation.

Kim Kardashian, 42, says it's early days after splitting from comedian Pete Davidson and finalising her divorce from rapper Kanye West, but the troubled reality star - who has admitted co-parenting with her ex-husband is "f***ing hard", says she has a "fantasy" that marriage number four will be the "charm".She hinted to fellow celeb Gwyneth Paltrow that she might have a new love interest "on the side" as she admitted she has a need for flirtation.Kim discussed her love life in a new interview on the latest episode of Gwyneth's Goop podcast.When the actress teased that sparking up a new romance could be the key to getting through a "cold winter", Kim - who had previously shared secrets of having sex in front of an open fire - enthusiastically responded: "Totally."She added that she has a "fantasy" of a successful fourth wedding in the future, after confessing that her seven-year marriage to Kanye West was her first "real" one."The first one, I just don't know what was happening," she exclaimed, referencing her troubled marriage to music producer Damon Thomas.She had eloped to Las Vegas as a teen to tie the knot with him, without telling her friends and family, and later admitted she'd been high on ecstasy when the wedding took place.The marriage lasted four years, but was not a happy one, as she told half-sister Kendall Jenner as a cautionary tale."If I looked at myself at 19 [now], I would shake myself and be like, ‘Wake up; you are way too smart for this,'" she declared on Keeping Up With The Kardashians.Meanwhile, she told Gwyneth: "The second [time], I felt like I wanted to be married so badly because all my friends were at that place and that's where I should have been."I didn't accept that that just wasn't where I

She said: “I am not here 22 years later b****ing about losing a part playing someone’s side piece in a movie."The musician added: “Brad pushed me a bridge too far.“I don't like the way he does business or wields his power.“It's a simple fact, and it started during the production of Fight Club.”Courtney went on to accuse Brad and Gus Van Sant of trying to “blackmail” her “over my role, for the rights to film about Kurt.”She added that she “lost my s***t on them” and hours later she was “fired” from Fight Club.Courtney added: “This was always a secret that I was fine keeping.”She continued: “The point is Brad kept on stalking me about Kurt.”“With all this resentment in our history, one might ask why I took yet another pitch for Kurt’s film from Brad after all these years?“It’s because I’m in recovery. And resentment is like drinking poison and hoping the other dies.“I was over being mad about it.

She released her revealing podcast conversation with Kim Kardashian earlier this week.But Gwyneth Paltrow as focused on her journey home on Friday when she touched down in Los Angeles after vacationing in Barbados this week with her husband Brad Falchuk and their children.The 50-year-old Oscar winner left her usual stylish ensembles in her luggage and opted for a cozy white traveling outfit instead when she was seen deplaning on the tarmac.Gwyneth repped her controversial Goop lifestyle brand with a $275 white sweatshirt for the company, which hung loosely on her slender frame. Woman in white: Gwyneth Paltrow, 50, looked totally at ease in casual all-white clothes as she landed in Los Angeles on Friday after traveling home from BarbadosThe Shakespeare In Love star paired her sweatshirt with some brilliant white slacks with slightly flared legs.She contrasted them with black sandals and matching black socks, along with her boxy black handbag.  Gwyneth appeared to show off her natural makeup-free skin after the plane ride, and her long blond hair fluttered in the breeze.Leading the way down the steps from the aircraft was her husband Brad, who wore w white button-up shirt with olive green pants and white trainers.  Pricy: She repped her lifestyle brand Goop with a $275 dollar sweatshirt, along with white flared pants. 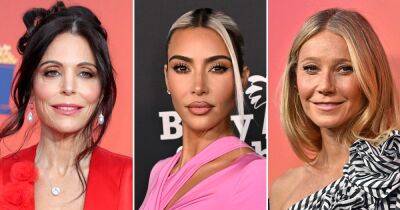 Still not interested in keeping up. Bethenny Frankel shared her thoughts after Kim Kardashian made an appearance on Gwyneth Paltrow‘s “Goop” podcast. 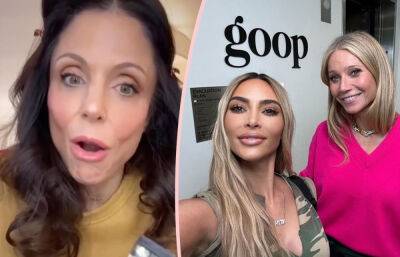 Kim Kardashian got real on Gwyneth Paltrow's Goop podcast, where she dished on everything from a potential fourth marriage to having more children.But her appearance wouldn't have been complete without a selfie.The social media queen, 42, took a snap of her and Gwyneth, 50, smiling brightly inside the Goop offices.   Selfie or it didn't happen! Kim Kardashian took a snap of her and Gwyneth Paltrow smiling brightly inside the Goop officesThe selfie expert confidently extended her arm as she held out the phone, serving her usual flawless beam for the camera as Gwyneth grinned behind her.  Kim looked stunning as usual with her highlighted hair cascading down in loose waves and her perfect polish of makeup accentuating her natural beauty. She rocked full lashes, earthy eye shadow, a glossy lip and a camo print tank top.Gwyneth was the epitome of CEO sophistication in a hot pink sweater and chunky gold necklace with her blonde hair tumbling down sleek and straight. 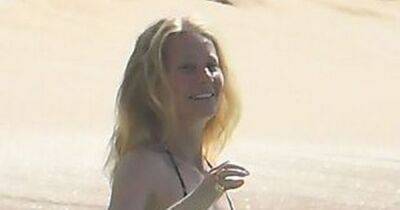 Gwyneth Paltrow turned heads this Christmas as she showed off her incredible figure in a skimpy bikini in Barbados. The mum-of-two, who turned 50 in October, hit the beach for some festive fun with her family and looked effortlessly gorgeous as she strolled along the sand after a quick dip, the Mirror reports.

Kim Kardashian Has a ‘Fantasy’ About Marrying for the 4th Time, Says She Should’ve Picked a Man Like Her Dad: ‘Goop’ Podcast Takeaways

Kim Kardashian is closing out 2022 with more candid confessions, sitting down with Gwyneth Paltrow to talk about her past and present love life.