DANNY Dyer got a naughty send-off gift from his EastEnders castmates after shooting his final scenes as Mick Carter. The BBC soap legend, 45, will bow out of the show in dramatic scenes that will air on Christmas Day - but his fellow actors made sure they gave him a farewell pressie he'll never forget. Speaking exclusively to The Sun, Danny revealed: "I got my Albert Square board and they bought me a sign.” And it turns out the sign was rather explicit.

The rude sign — spelling out, “Shoot the c**t” — was never going to make Danny blush, famed as he is for his effin’ and blindin’. But he revealed it was an “in” joke from his TV family which has gone down a whole lot less well with his real-life wife, Jo Mas. Read more on EastEndersBEEN THERE DONE KAT EastEnders fans slam soap for repeating storylines after shock kissxmas fun EastEnders star looks unrecognisable after transforming into a hedgehog Danny explains of his years on set of the soap: “Basically, I would say, ‘Shall we shoot the c***?’ — meaning the scene.

I know it is unpalatable but it is something I would say. “Anyway, I’ve had some issues with my wife about hanging this neon sign in the house The missus ain’t having it. It is in the office at the mo." It wasn't all potty-mouthed parting gifts though as he said goodbye to the Square after nine years.

Tags: Mick Carter shootings stars shock
See showbiz news on thesun.co.uk
The website popstar.one is an aggregator of news from open sources. The source is indicated at the beginning and at the end of the announcement. You can send a complaint on the news if you find it unreliable.
Related news and gossips 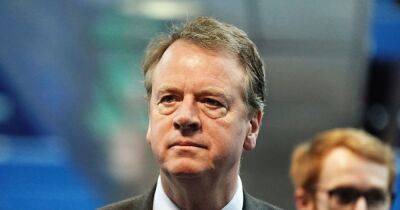 Alister Jack has insisted that Scots "have no desire" to be part of the EU despite an overwhelming majority voting to Remain in 2016.

WEEKS have gone by since Mick Carter disappeared at sea and supposedly died. His wife Linda Carter soon reappears in EastEnders, a shell of her former self. The Vic landlady portrayed by Kellie Bright was ready to give her marriage with Mick another go before he vanished. 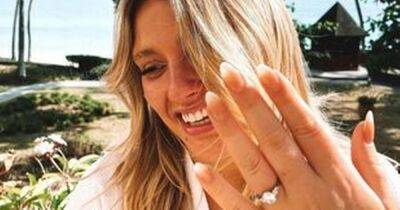 Ella Henderson and Jack Burnell are engaged after the swimmer proposed during a romantic holiday.

SOCIAL services and police have been roaming around Albert Square and, particularly, in the Slater household. But when he was questioned, EastEnders viewers began to believe Freddie Slater may be hiding something.

SOAP star Max Bowden took to social media to complain about former co-star Danny Dyer. The actor, appeared to be shirtless as he filmed himself in his new dressing room which previously belonged to Danny, who recently departed the show.

TWELVE-YEAR-OLD Lily Slater finally revealed who fathered her unborn baby. The young girl failed to convince EastEnders viewers as they firmly believe she's covering for someone. Stacey Slater (portrayed by Lacey Turner) finally got the truth out of her young daughter - or did she? After finding out the preteen was pregnant on New Year's Day, the food truck owner was desperate to know if Lily had been sexually abused by an older man.

EASTENDERS thankfully didn't make fans wait too long to find out the identity of Lily Slater's baby daddy – and the answer is set to devastate some of the Square's biggest families. Ricky Jr, the 12-year-old son of Sam Mitchell and Jack Branning (though she initially claimed the dad was Ricky Butcher... confusing), was confirmed by Lily on Wednesday evening to be behind her shock pregnancy.

CORONATION Street actress Elle Mulvaney has named the “brat pack” of young stars who love going out on the lash together — and revealed they call it “getting Barlowed”. The 20-year-old has played Ken Barlow’s grand-daughter Amy since she was eight and is one of seven youngsters whose characters now take on big storylines. And with TV parents Steve and Tracy McDonald — played by Simon Gregson, 48, and Kate Ford, 46 — Amy’s character comes in for a load of strife.

EASTENDERS star James Bye is set to become a dad for the fourth time. The actor, 38, and his wife Victoria, 40, shared their happy news tonight and revealed they had been trying to expand their brood for three years.

EASTENDERS' Zack Hudson's life is turned upside down by a surprise visitor with a bombshell - causing problems with pregnant Whitney. Next week on the BBC soap, Zack checks with Whitney that she’s happy for him to take the cruise ship job, and, thinking it’s what he wants, she tells him to go for it. Later, Chelsea collars him and tells him Whit doesn’t want him to leave.

EASTENDERS star Natalie Cassidy posed with her rarely-seen fiancé Marc Humphries who also works on the show. The actress - who plays Sonia Fowler on the BBC One soap - shared a candid photo next to cameraman Marc.  The soap legend, 39, took their daughters Eliza and Joanie out for dinner but the grown-ups looked like they were having more fun.

EASTENDERS fans are convinced the tragic fate for the Carter family was sealed after a curse from a exiled family member. Mick Carter has joined sister Tina Carter as deceased family members - but were their fates sealed? Their tragic ends followed Shirley and Tina's parents Stan and Sylvie Carter who also died on the BBC soap.

EASTENDERS star Natalie Cassidy pays tribute to co-stars Danny Dyer and Charlie Brooks following their epic exits. Viewers saw Danny and Charlie's sensational exits from the BBC soap over the festive episodes. Danny's character Mick Carter was killed off and lost at sea after attempting to rescue the love of his life Linda from an underwater car.

YOU wouldn’t know there was a cost-of-living crisis going on judging by the exotic Christmas getaways taking over our Instagram feeds. As most of us throw another blanket on to keep warm at home, model Abbey Clancy, 36, with pals, is the latest celeb to rub it in, posting sizzling bikini snaps of her ho-ho-holiday in the Maldives. Emma Pietras reveals the other stars not shy of sharing their festive escapes.

THERE's a Mick Carter-shaped hole in Albert Square after the the Vic landlord disappeared at sea. And now EastEnders viewers are demanding the return of one particular character to help take his place. With so many twists and exits, it's easy to lose sight of how big the Carter family really is. 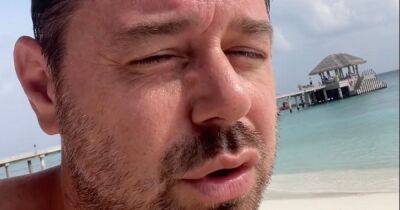 Danny Dyer has spoken out after the explosive EastEnders Christmas Day special, teasing fans that Mick Carter is alive and well.

EASTENDERS fans are in shock after Shirley Carter made a huge discovery that sets up an explosive Christmas Day episode. The mother of Mick Carter - who is played by actress Linda Henry in the BBC soap - is desperate to stop him marrying Janine Butcher, but she failed tonight. Shirley was desperate to put a stop to the wedding and had been investigating Janine and caught her meeting up with a mystery man.

My life was a car crash – EastEnders saved me, now I’ve taken a memento from Queen Vic, says Danny Dyer before soap exit

EASTENDERS geezer Danny Dyer is calling time on his nine years as Queen Vic guv’nor Mick Carter – but not before swiping a stool from the bar. The Cockney hardman will bow out in an explosive Christmas Day special, after 1,150 episodes and 117 cliff-hangers to the sound of the BBC soap’s famed “doof-doof” drum roll. But Danny, 45, has revealed how shooting his final scenes left him so proper gutted, mate, that he had to half-inch a piece of the Albert Square pub for old times’ sake.