The Meaningful Beauty founder wore a long black trench coat that was tied at the waist. She looked cozy in a scarf and shielded her eyes from the sun with a pair of wayfarer sunglasses. A little bit of PDA: At one point, the supermodel interlocked arms with the entrepreneurHer brunette tresses were styled in a voluminous blowout with loose, casual curls.The model sported a pair of knee-high leather boots featuring multiple strap buckles for their mid-day outing.Her husband donned a black bomber jacket and a pair of classic blue jeans with a black belt.

Tags: Cindy Crawford Rande Gerber actress Celebrity Citi New York
See showbiz news on dailymail.co.uk
The website popstar.one is an aggregator of news from open sources. The source is indicated at the beginning and at the end of the announcement. You can send a complaint on the news if you find it unreliable.
Related news and gossips

Cindy Crawford, 56, covers up as husband of over 20 years Rande Gerber, 60, goes shirt-free 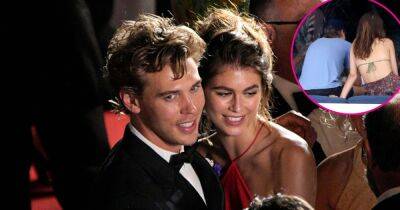 Vacation baes! Austin Butler and Kaia Gerber are ringing in the new year on the beach — with the Gerbers. 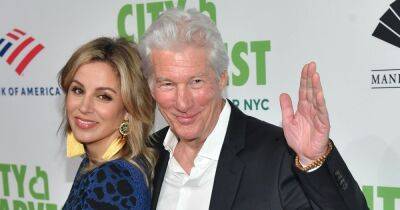 Silver and suave — onscreen and off! Richard Gere has not only been married three times, but has also made his way around the Hollywood dating scene over the years.

Jeremy Clarkson’s Amazon Prime TV series Clarkson’s Farm, posted an adorable photo while cuddling up to his girlfriend Taya and smiling proudly.The couple could be seen posing for a selfie on the picturesque farm in the Cotswolds, as Taya flashed a diamond ring at the camera.Kaleb revealed he had proposed to his partner, with whom he shares baby son Oscar, who was born last year.The farmer and reality TV star wrote: “She said yes! 2022 has been an amazing year.This definitely tops it off. “I honestly can’t wait for 2023 and all the following years after that. “@tayaaaxx your my best friend as well as the love of my life. “Was a long wait for this(6 and a half years).”Jeremy Clarkson’s daughter Emily was one of the first to congratulate the couple on their engagement announcement.She commented on the post: “Yayyyyyy congrats guys! Xxxxxx.”Taya was quick to thank Emily for her kind words, while Gogglebox star Pete Sandiford also commented: “Congratulation to you both!”The bride-to-be also added her own response to her fiancé’s announcement, writing: “I LOVE YOU CANT WAIT TO MARRY YOU!”This isn’t the only exciting family news Kaleb has shared with Clarkson’s Farm fans this year, as back in November, he revealed he and Taya are expecting their second baby.Kaleb shared on Instagram: “So excited to announce that baby cooper number 2 is cooking nicely. “My number one goal is to buy myself a farm and be able to bring my kids up enjoying what I think is the best lifestyle which is the farming lifestyle.”Kaleb shared a family photo alongside the announcement, showing himself and Taya holding their firstborn, Oscar, in front of a tractor.The couple also unveiled a baby scan in the snap.Kaleb recently informed excited fans that the

Chloe Bailey enjoyed some last-minute Christmas shopping in Beverly Hills on Saturday as she locked arms with a male friend.The stunning singer, 24 — who exuded beauty in a Grecian gown last week — rocked a gray and black Fendi sweatshirt, black tights, and slides as she walked down the street smiling from ear to ear.Bailey's lustrous black hair was styled in braids and pulled back in a low ponytail.  Christmas shopping: Chloe Bailey enjoyed some retail therapy in Beverly Hills on Saturday with a male friendThe young star's male friend kept it casual in a grey sweatshirt and black pants as he accompanied Chloe for some retail therapy.On Friday, the beauty showed off her voluptuous curves in a skimpy swimsuit for a beach day. The young star shared a quick video to her social media featuring herself in a thong bikini playfully walking towards the water. 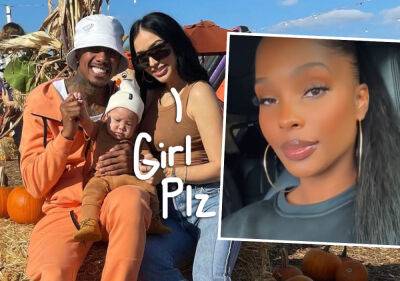 And the baby momma drama continues! 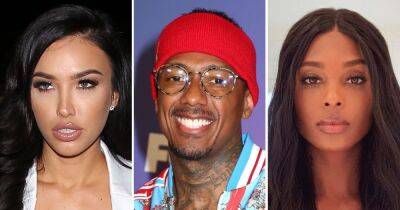 Taking his side! Bre Tiesi supported Nick Cannon after LaNisha Cole seemingly dissed his priorities while raising his 11 children. 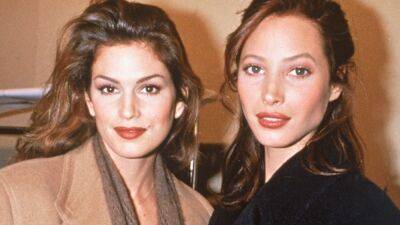 , and reunited in New York City for a holiday celebration. 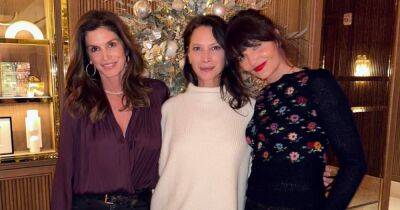 Cindy Crawford reunited with fellow supermodels Helena Christensen and Christy Turlington for a fun night out in New York City over the weekend.While visiting the City That Never Sleeps with her longtime husband Rande Gerber, the Vogue cover girl, 56, and husband Rande Gerber, 60, joined her pals for dinner. 'Love the Big Apple anytime but especially leading up to the holidays - with all the lights and decorations,' mother-of-two captioned a slideshow on Instagram.