MUCH like many other residents in the cobbles, the Barlows are getting ready to celebrate Christmas. However, the Coronation Street family will be getting a nasty surprise under their tree. Drama has picked up a pace for several members of the clan, starting with Daniel Osbourne (portrayed by Rob Mallard).

Three years after losing his wife Sinead to cervical cancer, the Weatherfield High teacher was shocked to find out his current partner Daisy Midgeley (Charlotte Jordan) could have a similar fate. Overwhelmed, he first refuses to talk to the Rovers barmaid, arguing that he's too weak to be of any support for her. This prompts Adam Barlow (Sam Robertson) to come up with a plan.

More Corriefestive fun Corrie star Jack P Shephard’s girlfriend models Xmas dress in chilly ManchesterULTIMATE BETRYAL Corrie's Asha actress teases trouble ahead for Nina Lucas romance After telling Daisy he understands her annoyance at Daniel's cowardice, he asks her to read the article he's been working on. Daisy's heart is close to bursting when she reads about how she helped him love again after losing Sinead. In later scenes, when he finds out that his article won't be published after all, Daniel is encouraged by Daisy to get back into teaching.

Tags: Daniel Osbourne Nina Lucas Daisy Midgeley shock love Celebrity Jordan Charlotte, Jordan
See showbiz news on thesun.co.uk
The website popstar.one is an aggregator of news from open sources. The source is indicated at the beginning and at the end of the announcement. You can send a complaint on the news if you find it unreliable.
Related news and gossips

CORONATION Street fans call out Carla Connor's reckless business decisions as they fear killer Stephen Reid will strike again. Viewers fear villain Stephen is getting closer to his next victim after securing a new job at the Underworld factory.

CORONATION Street's Lucy Fallon has revealed when she is due to give birth to her first baby. The actress, best known for playing Bethany Platt star on the soap, is expecting her first child with footballer boyfriend Ryan Ledson. 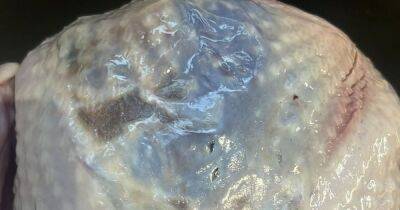 Families claim their Christmases were ruined after allegedly receiving rotten turkeys from major supermarkets around the country. After making the grim discoveries as they began to prepare for the festive dinner, affected customers have been sharing pictures of the gone-off poultry on social media. 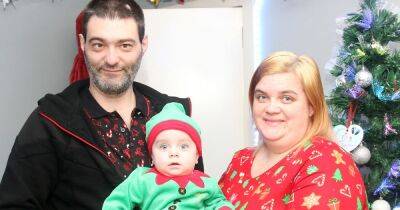 A Thornhill couple are looking forward to celebrating their baby’s first Christmas after a tough start in life for wee Reuben.

CORONATION Street legends Sally Dynevor and Michael Le Vell have signed whopping new contracts to lock them in to the soap. The pair have just been handed new deals after racking up almost 7,000 episodes between them.

CORRIE stalwart Bill Roache has signed a new contract thought be for £250,000 which will keep him on the cobbles for another year. The 90-year-old, who plays Ken Barlow, got his OBE for services to acting from the King at Windsor Castle last week. He has been in the same role since the ITV soap started back in 1960, when he got £70 a week.

FIZ Stape will be left feeling as though she is about to have the worst Christmas ever this year on Coronation Street. Fans of the ITV programme have seen Fiz rejoice at a surprise proposal from Tyrone amid their recent heartache over the biography of her ex John Stape and his crimes as well as wayward daughter Hope going off the rails. However, things appeared to be on the up for the pair when they became engaged and gleefully started wedding plans.

JACK P Shephard's girlfriend went braless as she posed in a festive dress in chilly Manchester as temperatures plummeted. The Coronation Street star's other half Hanni Treweek looked incredible in the see-through outfit, which she paired with black high-heeled boots.

TIME is finally up for one Coronation Street resident and their secret this Christmas. Fans of the ITV soap opera have seen Summer Spellman rattle with the decision to keep her miscarriage a secret from the baby's potential parents Esther and Mike. Being forced to pretend as though she is still expecting the baby in order to secure some more cash from the pair in order to foot Aaron's dad's rehab bill, Summer is forced to attend a baby scan.