“Together, we raised over $470,000, which will fulfill nearly 80 week-long cost-free vacations for critically ill kids and their families,” Joseph, 25, exclusively told Us Weekly on Wednesday, December 21, after the Hearts of Reality Event in Celebration, Florida, which helped benefit Give Kids the World. “As a child, my youngest brother was diagnosed with type one diabetes. It was a difficult time for my family, so being able to give back to a cause I hold dear to me was so rewarding.”

The CBS alum noted that he met “amazing children, families and reality stars over this weekend,” several of whom “shared with me how much this weekend meant to their children and the impact we have made.”

Joseph and Taylor, 27, “raised nearly $27,000” between the two of them, with Joseph fundraising $14,069 and the BB24 winner bringing in $12,497. Their hard work earned the couple — who went public with their romance in November — the Top Fundraiser award.

“I will remember the [award] ceremony forever. We heard the stories of families that we were able to help and it moved me to tears,” Joseph reflected to Us. “Immediately after, we were called to accept our [awards] and I was trying to get myself together ASAP! Fortunately, the host made a joke about how a shirtless picture of myself and a link to the page resulted in hundreds of dollars in donations.”

Joseph revealed he was thankful for the light-hearted moment — otherwise he “would have accepted that award in tears.”

The Florida State University alum accepted the accolades for himself and on behalf of Taylor, who could

Tags: Taylor Hale Joseph Abdin exclusive awards stars Florida
See showbiz news on usmagazine.com
The website popstar.one is an aggregator of news from open sources. The source is indicated at the beginning and at the end of the announcement. You can send a complaint on the news if you find it unreliable.
Related news and gossips 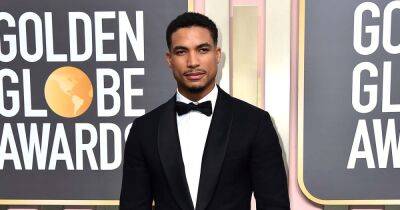 Coyote’s crew! Greg Tarzan Davis played one of the standout recruits in Top Gun: Maverick, and he had the sweetest time filming the action sequel with his A-List group of costars.

BIG Brother star Nicola McLean has reminded fans to "be kind" after she was cruelly trolled over her huge boobs. The model, 41, enjoyed an evening at a swanky London restaurant on Monday night with best pal Aisleyne Horgan-Wallace, 44. 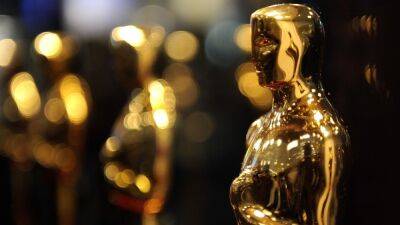 Slowly but surely, theatrical releases are bouncing back, as the Academy has named 301 feature films eligible for Best Picture at the 95th Academy Awards. This is a rebound from last year when 276 films qualified, after 366 films were in competition for the 2020 Academy Awards. All 301 films are listed in alphabetical order on the Academy’s website, from “After Yang” and “Aftersun” to “The Woman King” and “Women Talking” and beyond.In order to be eligible for consideration for the 95th Academy Awards, films needed to be in compliance with several Academy rules, opening in a commercial motion picture theater in at least one of six major metropolitan areas in the United States, including Los Angeles, New York City, the Bay Area, Chicago, Miami and Atlanta, between Jan.

This week will be a deluge of guild and craft organization awards announcements. The Art Directors Guild revealed their nominees for their 2023 ADG Awards and there were genuinely few surprises. 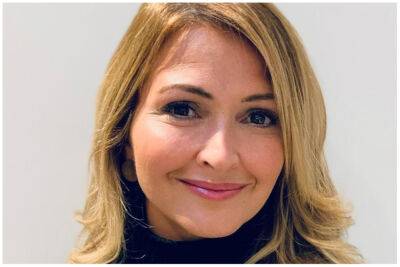 Initial has hired Fulwell 73’s Director of Development Caroline Roseman, as the Banijay indie gears up to return Big Brother to British screens.

M. Night Shyamalan opened up about his longtime friendship with Bruce Willis, who he first collaborated with on the 1999 psychological thriller The Sixth Sense.After working together on four movies over the past two decades, the visionary  filmmaker, 52, said he considers the 67-year-old Hollywood veteran his 'big brother.''For him to be so pivotal in my life and start my career means so much,' Shyamalan told The Hollywood Reporter. 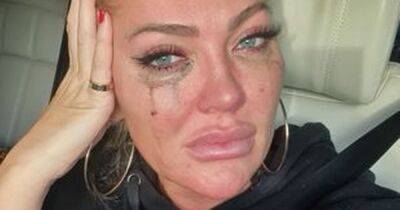 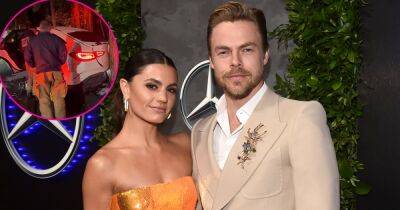 On the mend. Derek Hough and fiancée Hayley Erbert are recovering after being injured in a car crash earlier this month. 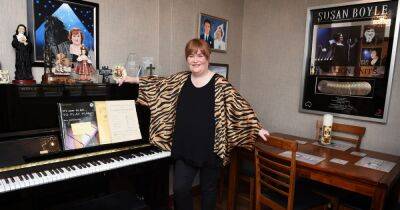 BIG Brother boss Kevin Lygo has dropped the biggest hint yet that iconic narrator Marcus Bentley will return to the show. It was previously revealed that the hit TV show, last seen on Channel 5 in 2018, was making a comeback next year on ITV2. Speaking at the Broadcasting Press Guild Kevin revealed he hoped to convince Marcus to be part of the new series. 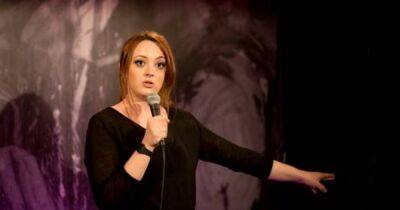 Bathgate comedian Fern Brady is in the running for an entertainment award, going up against the likes of Sarah Pascoe and Emily Atack.

Big Brother's Alyssa Lopez replies to fan who shamed her for Hooters job: 'I'm a normal human being' 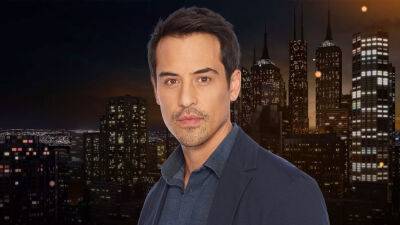 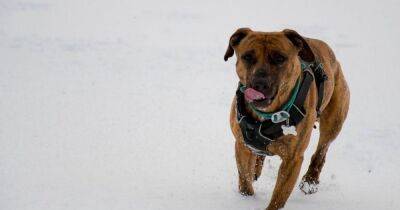 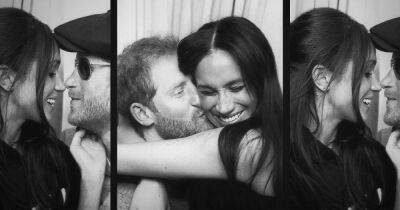 DAWN Taylor gets used to the realities of having a nanny around this Christmas which erupts into a fiery row. It finally appeared as though there was some love, peace and harmony up at Home Farm this Christmas with the merging of the Tate and Taylor families. However, prepping for her new potential role within Kim's business has left her having serious doubts over her future.

BIG Brother legend Nadia Almada looks totally different 18 years after winning an all-time classic series of the reality show. The Portuguese reality star, 45, was Big Brother's first ever transgender contestant when she walked into the house in 2004. Nadia was loud and proud, wearing her heart on her sleeve, and often paraded around the house with big black hair and in glam outfits.

BIG Brother stars Bex Shiner and Luke Marsden reunited for the first time in 12 years after their bitter split. The pair captured the nation's hearts with their unlikely love story when they appeared on the Channel 4 show in 2008.