BIANCA Gascoigne took a leaf out of Rihanna’s book when it came to dressing her baby bump last night. The 36-year-old, who is expecting her first baby with boyfriend Arron Wright, looked incredible as she stepped out to DJ wearing a crop top and skirt – at six months pregnant.

The star could be seen cradling her bump before taking to the decks at her pal’s 40 th birthday party. Bianca and Arron announced they were expecting their first baby earlier this year on Instagram when they recreated the Knocked Up movie poster.

Last month Bianca threw an elaborate baby shower to reveal she was having a baby girl. The sister of Dancing on Ice winner Regan Gascoigne, had a huge marquee as the centre point of the celebrations as she had all her guests up dancing as a DJ played some tunes.  As part of the party, Bianca made sure no guest went hungry as she served up some rustic pizzas from London based Slow Dough Pizza Co.

Tags: Bianca Gascoigne Regan Gascoigne dance stars Party London
See showbiz news on thesun.co.uk
The website popstar.one is an aggregator of news from open sources. The source is indicated at the beginning and at the end of the announcement. You can send a complaint on the news if you find it unreliable.
Related news and gossips 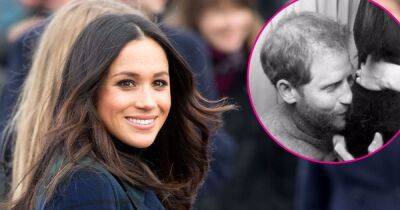 Excited for their little one! Meghan Markle opened up about her first pregnancy before welcoming son Archie with Prince Harry in 2019.

MAYA Jama has showcased her impressive rock-hard abs as she continues to prepare to host Love Island for the first time.  The 28-year-old TV star, who was unveiled as Laura Whitmore’s replacement for the ITV2 show, posted a video on her Instagram account wearing a baby pink crop top. In the clip shared on her Instagram story, Maya teamed the bralette with trousers in the matching shade.  It came as she got ready for an appearance on ITV’s panel show Don’t Hate The Playaz where she completed the look with a pink blazer.  As her hair and make-up team put the finishing touches to her look, Maya danced – and people couldn’t help noticing her washboard stomach.   But it’s no surprise she’s in such good shape, as this comes after Maya previously told her followers she’d been hitting the gym as she counts down to the Love Island launch.  Read More on Maya JamaMY OH MAYA Maya Jama enjoys dates with US singer after getting cosy at celeb hotspotJIGGLE BELLS Maya Jama struggles to stop herself flashing in festive Celeb Juice challenge Earlier this month, Maya once again took to Instagram and re-posted a picture of her posing in the gym – and joked that she was ‘Island ready’.

LOVE Island winner Ekin-Su Cülcüloğlu has been spotted showing off her impressive abs as she hit the gym in a white crop top. The reality TV star - who rose to fame alongside boyfriend Davide Sanclimenti earlier this year - took to her Instagram stories with the new snap on Sunday morning.

CAROL Vorderman looked red hot as she flashed her toned abs in a crop top and skintight leggings. Gym bunny Carol, 61, asked her fans what they would like to hear her talk about on future Instagram Lives, and when they replied with fitness she had just the picture for them. 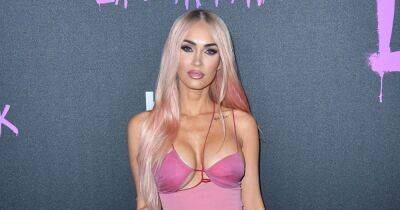 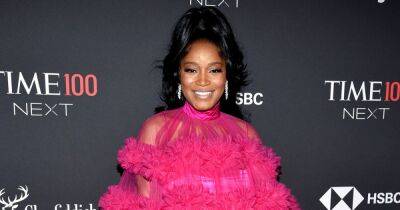 A fashionable secret! Keke Palmer was able to hide her growing baby bump with the help of a few stylish pieces. 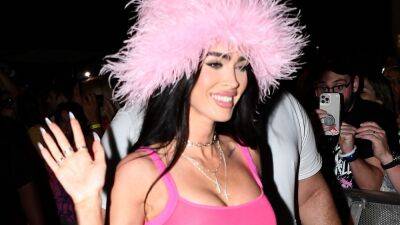 alive.On December 4, hit up the Audacy Beach Festival in Fort Lauderdale, Florida wearing an underboob-baring hot pink crop top, Barbie pink cargo pants, pink pointed-toed heels, and an over-the-top feathered pink hat. I don't know what occupation Mattell would use to sell this Barbie, but I have a feeling they'd find a way. 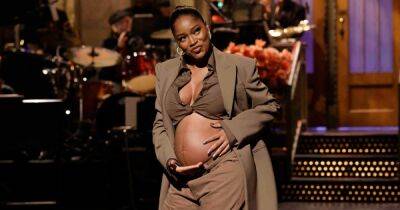 Keke Palmer Is Pregnant With 1st Child, Debuts Baby Bump on ‘Saturday Night Live’: ‘I Am So Excited’

There’s a new VP in town! Keke Palmer announced during her Saturday Night Live hosting debut that she is pregnant with her first child. 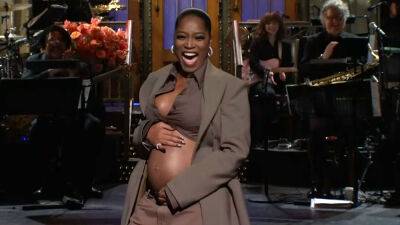 Keke Palmer took the Saturday Night Live stage and made some surprising revelations. The first-time host was a natural hosting the NBC sketch show talking about her accomplishments throughout the year and most importantly that it was Saggitarius season. You can watch Palmer’s monologue in the video posted below.

PREGNANT Bianca Gascoigne has given fans a huge hint about her chosen name for her baby girl. Earlier this summer, glamour model Bianca announced she was expecting her first baby with partner Arron Wright. Bianca, 36, revealed her happy news as she shared a hilarious picture taken by her brother Regan. 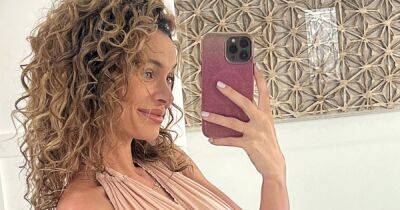 Counting down the days. Alyssa Scott shared several throwback photos from her pregnancy ahead of the birth of her second child with Nick Cannon.

MOLLY-MAE Hague has shown off her blossoming baby bump after dropping hints about potential names for her little girl. The 23-year-old is expecting her first child with boyfriend Tommy Fury. He and Molly are currently in Dubai where the influencer has been flaunting her pregnancy figure in some stunning snaps.

AMY Childs looked incredible as she showed off her blossoming baby bump at the ITV Palooza last night. The Towie star, 32, co-ordinated with the blue carpet in a figure-hugging gown which featured long dramatic sleeves.