dailymail.co.uk
Alec Baldwin and wife Hilaria share a snap including all seven of their kids for Thanksgiving
25.11 - 10:29

Alec Baldwin sued several Rust crew members for negligence after handing him a loaded gun on set that went off, resulting in the tragic death of cinematographer Halyna Hutchins.

His attorney Luke Nikas wrote in the suit: Related: Alec Was Terrified Donald Trump Followers Would Kill Him After Rust Shooting Per The New York Times, the 30 Rock alum pointed fingers at Seth, who supplied the weapons for the film, for keeping his company in “disarray” and “haphazardly” storing all the ammunition. 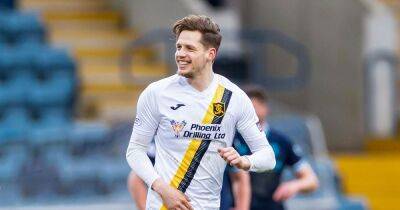 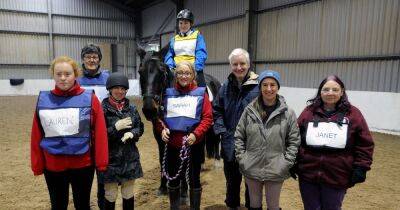 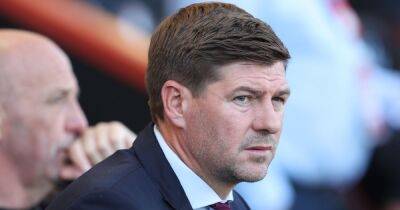 dailyrecord.co.uk
02.12.2022 / 11:37
48%
412
Parents urged to claim new child payment worth up to £627 each month to help cover additional costs
The Scottish Government has announced that almost £60 million has been distributed to thousands of families with disabled children in the first year of a new devolved disability benefit. The latest official figures from Social Security Scotland show the families of nearly 44,000 children and young people were receiving Child Disability Payment in September this year.
Scotland cover social awards 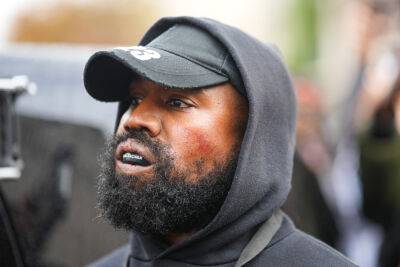 deadline.com
02.12.2022 / 10:53
40%
369
Kanye West Suspended From Twitter For Rule Violation After Anti-Semitic Tweet
Kanye’s return to Twitter was short-lived. A month after the controversial rapper’s account was restored as Elon Musk took over the social media platform, it was suspended again Thursday night following a tweet by West featuring an image of a swastika inside a Star of David.
Adolf Hitler Alex Jones social Twitter Platform 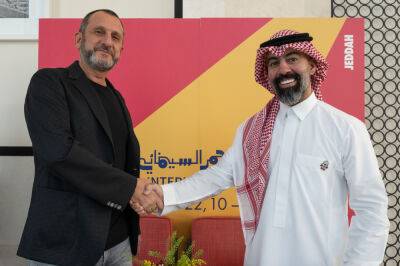 dailymail.co.uk
02.12.2022 / 10:01
78%
884
Britney Spears reveals she married... herself in new Instagram video
Britney Spears apparently didn't have much to do on Thursday night, so she decided to get married... to herself.The 40-year-old singer took to Instagram on Thursday evening, sharing a video wearing her bridal veil and a silky white gown.The video revealed Spears in several poses, set to Otis Redding's Try a Little Tenderness...
Sam Asghari Instagram singer cover

deadline.com
02.12.2022 / 08:35
38%
511
‘The Midnight Club’ Canceled By Netflix After One Season
It’s all over for The Midnight Club on Netflix, as the young adult series has been canceled after one season.
Mike Flanagan Trevor Macy Christopher Pike Netflix Beyond show

dailyrecord.co.uk
02.12.2022 / 07:59
49%
306
Scots Only Fans teacher is sent supportive messages from pupils who want her back at work
A physics teacher who resigned from a “war zone” school to start a career as an Only Fans model has told how she’s had a flood of messages of support since her X-rated role was revealed.
Scotland record love Citi

dailyrecord.co.uk
02.12.2022 / 07:59
58%
178
Frail dementia gran left with bloody head wound after hospital fall as family hit out
The family of a Scots gran who was left with a bloody head wound after a fall in hospital have raised concerns over her care. Beatrice McNarey, who has dementia, was rushed to the Queen Elizabeth University Hospital after breaking her hip at her Glasgow home in September.
Scotland record hospital shock

dailyrecord.co.uk
02.12.2022 / 07:59
72%
365
Hero staff at Scots castle find OAP's 64-year-old lost wedding ring
A Scots pensioner who lost a 'treasured' wedding ring that hadn’t left his finger for 64 years has been reunited with the jewellery thanks to eagle-eyed castle staff. Charlie Watson and wife Margaret decided to check out a light show at Brodie Castle, near Forres, Moray, with their daughter Elaine Butterworth, who had arrived for a visit from Canada.
Scotland Canada Beyond band love

dailymail.co.uk
02.12.2022 / 07:15
74%
803
The Cosby Show star Keshia Knight Pulliam reveals she's expecting a baby with husband Brad James
The Cosby Show's Keshia Knight Pulliam announced that she is pregnant on Thursday.The actress, 43, is expecting a baby with husband Brad James - the couple's first. She is also a mom to daughter Ella Grace, five, whom she shares with ex Edgerton Hartwell, 44, a former NFL player she divorced after two years of marriage. Pulliam posted a short boomerang video of the couple - who tied the knot last year - standing together as she proudly displayed her far-along baby bump in a striped red and violet dress.
show actress stars

dailymail.co.uk
02.12.2022 / 05:21
44%
859
Joy Corrigan puts incredibly ripped figure on display in bikini during photoshoot in Miami Beach
Joy Corrigan put her incredibly toned figure on display during an impromptu photoshoot in Miami Beach, Florida. Taking advantage of the warm and sunny weather in the Sunshine State, the fashion model, 27, slipped into a skimpy blue and black-patterned bikini and made her way to the beach on Thursday.Corrigan, who is often seen showing off her body, struck a number of poses along the shoreline in a skimpy blue and black-patterned bikini that left little to the imagination.Scroll down to video  Fun in the sun: Joy Corrigan, 27, took advantage of warm and sunny weather and slipped into a bikini for an impromptu photoshoot in Miami Beach, Florida on ThursdayThe Massachusetts native, who has called Los Angeles home in recent years, first made her way to the ocean so she could dip her feet in to see how warm it was.With the temperature reaching to the upper 70s Fahrenheit, she then struck a pose or two in just a few inches of water. As the photographer continued to shoot, she moved a little father away from where the waves were ending its crash cycle, and got on her knees.Corrigan used her hands and arms as a tool, at times reaching out towards the sky, and in other moments she put them on the top of her head when wanting to get a little dramatic.
Sunshine State Joy Corrigan Los Angeles Miami Florida state Massachusets shootings blues Waves

dailymail.co.uk
02.12.2022 / 05:21
95%
260
Dog The Bounty Hunter co-star David Robinson dead at 50: Wife reveals he died in her arms 'suddenly'
Dog The Bounty Hunter's co-star David Robinson died in his wife's arms 'suddenly' at 50 after having a 'stroke or heart attack' while on a work Zoom call.His wife Brooke Robinson confirmed that David had passed away at their California home on Wednesday, November 30 via a statement on Facebook. It read: 'David was very healthy and was on a work call in our dining room at home when he collapsed. Life-saving maneuvers were attempted and paramedics were called.
California show 2020 stars

dailymail.co.uk
02.12.2022 / 05:21
90%
376
Rachel Bilson gets restraining order from a dangerous stalker
Rachel Bilson has been granted a restraining order against a man she claims is a dangerous stalker with a 'history of violence.'The 41-year-old star of The O.C. was granted a restraining order by a Los Angeles County judge for her, her ex Hayden Christensen and the eight-year-old daughter they share, according to The Blast.This comes just weeks after Bilson interviewed Bling Ring members Alexis and Gabrielle Neiers, who entered and robbed her home back in 2009, on her podcast Broad Ideas.
Rachel Bilson Hayden Christensen Los Angeles actress man Extreme

express.co.uk
12.11.2022 / 23:47
84%
155
Alec Baldwin sues Rust crew to ‘clear his name’ as he says fatal shooting ‘cost him roles’
Hollywood star Alec Baldwin, 64, is filing a lawsuit following the fatal shooting that occurred on the set of the Western movie Rust.The actor and producer is alleging negligence of several of the film's crew members while seeking to "clear his name."Alec filed the lawsuit in Los Angeles Superior Court on Friday and named the first assistant director, armourer, ammunition supplier and prop master as defendants.Last year, a gun that Alec had been holding, went off during filming and killed cinematographer Halyna Hutchins.The incident, which occurred on October 21 2021, also injured Director Joel Souza.Alec’s cross-complaint follows a lawsuit filed last year by the film's script supervisor, Mamie Mitchell. The civil suit accused Alec of "playing Russian roulette" by pointing a Colt .45 revolver at Halyna and accidentally killing her. Meanwhile, as reported by ABC, Alec’s attorney Luke Nikas of Quinn Emanuel, said: "More than anyone else on that set, Baldwin has been wrongfully viewed as the perpetrator of this tragedy."By these cross-claims, Baldwin seeks to clear his name and hold cross-defendants accountable for their misconduct."Authorities at the time confirmed Halyna had been killed by a live round inside the gun Alec held, which led to questions about how live ammunition had made it onto what was supposed to be a safe set.As questions are being asked about whether members of the crew took proper safety precautions, those named in the lawsuit have denied any wrongdoing. “There can be no doubt that others have suffered from Cross-Defendants’ negligence far more than Baldwin has,” the attorney continued. “Hutchins lost her life, and her young child lost his mother.”Halyna had one son, whom she shared with her husband
Alec Baldwin Joel Souza Mamie Mitchell Rust Luke Nikas Los Angeles Russia film shootings Hollywood 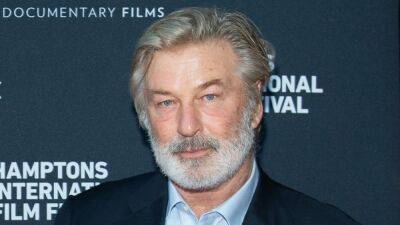 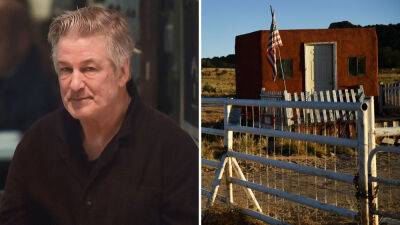